India is living up to its potential as an emerging superpower 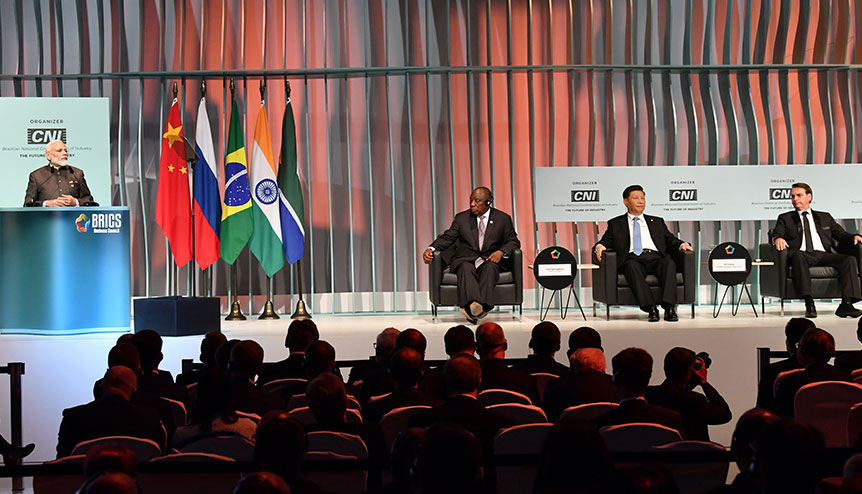 While the number of foreign visits this year by PM Modi was significantly lesser than last year, India’s position in global diplomacy remains strong.

With only 15 trips in the entire year, 2019 was relatively quiet for Prime Minister Narendra Modi who typically does not miss a chance to bolster India’s image across the world. Last year, the number of trips he had made was 23. It was not surprising. With long drawn out general elections in the middle of the year taking up much of his time, Modi’s headspace was occupied more with domestic issues.

That was one of the reasons why the country attracted fewer foreign heads of states as well. Some of the heads of states that came calling included South Africa as the chief guest at the annual Republic Day Parade in January, Norway, Mauritius, Argentina, Sri Lanka, Germany, China and Bangladesh. The monarchs with considerable influence in their countries that came calling during the year were from Saudi Arabia, Sweden, the Prince of Wales, Netherlands and Monaco. Besides, as has become the norm, heads of states of friendly neighbouring countries of Bangladesh, Sri Lanka, Mauritius, Bhutan and Nepal also visited India to see Modi being sworn in for the second time in a row.

Not everything went to plan. The long-cherished wish of luring the mercurial US President Donald Trump to visit India could not be realised this year after he declined the invitation to become the chief guest at the Republic Day Parade. Towards the end of the year, Japanese Premier Shinzo Abe, who enjoys a particularly strong bond with India, had to also put off his visit due to the growing unrest in the country over the Citizen Amendment Act that was passed earlier in mid-December by the Indian parliament.

In the middle of it at all though, India continued to not only enhance its stature in global politics but 2019 also showed how it was not afraid to exert its influence in multilateral forums. Some key internal decisions like the abrogation of Article 370 and 35A that had, for nearly 70 years, granted special status to the country’s northern most state of Jammu & Kashmir, had the potential to snowball into a major crisis in the international arena. Even as India has always maintained that J&K was an integral part of its territory, Pakistan wanted the world to believe Kashmir was a matter of dispute. It was believed the latter would use all its diplomatic channels to corner India on the issue and retract its decision. The Modi government has been able to not only maintain peace in the region – there have been only a handful instances of any untoward incidents in the valley – but also expertly leverage its own diplomatic heft to counter and negate Pakistan’s rhetoric on multi-lateral forums.

At the United Nations Security Council in mid-August, India’s position on J&K was undisputed and unchallenged by a majority of the UN’s members including the Arab countries while its measures to bring in normalcy and development in the region were also acknowledged. There was only a feeble protest by China, as expected, and Pakistan was left isolated in its efforts to make Kashmir an international diplomatic hot potato. Even the middle eastern countries that are traditionally in Pakistan’s corner, kept quiet on the issue. India’s importance as a major crude oil customer was too significant to be ignored. 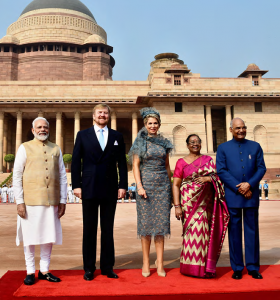 Another show of strength was the way the government managed the RCEP imbroglio despite intense pressure from other nations especially China. The Regional Comprehensive Economic Partnership (RCEP) that has been under discussion since 2012, seeks to create an integrated market comprising half of the world’s population and a third of its GDP. Besides India and China, member states include Brunei, Cambodia, Indonesia, Laos, Malaysia, Myanmar, the Philippines, Singapore, Thailand, Vietnam, Japan, South Korea, Australia and New Zealand.

India has had an unenviable record on FTAs in the past and though the pressure was intense, it withstood the temptation and opted to not be a part of it till a time when its concerns were addressed. Most of it was related to China. India has a trade deficit with China that stands at over $50 billion and there were fears that RCEP would have opened more doors for Chinese goods to come through from third countries. India’s stance did not change despite the fact the Chinese premier Xi Jinping met India’s Prime Minister to assuage some of his concerns in September in Mamallapuram.

In the far end of the year, India also displayed its leadership at the BRICS summit in Brazil. The motley group of five nations – Brazil, Russia, India, China and South Africa – makes up almost 42 per cent of the world’s population, 23 per cent of global GDP, 17 per cent of world trade and 26.6 per cent of this planet’s landmass. BRICS sought to provide a counter to more heavyweight and mature groups like the NAFTA and EU but some minor successes aside, differences between members on bilateral issues often end up undermining the forum. India, with its credentials as a liberal democratic society and one of the most attractive investment destinations in the world, provides the glue that keeps BRICS relevant and holds it together. Without the I in BRICS, it would be reduced to just an illiberal anti-Western coalition where the fragile economies of Brazil and South Africa would not be adequate counters to the expansionist and divisive perceptions shared by Russia and China.

Capping a decade where India has finally lived up to its potential as an emerging superpower in global diplomacy, the foundation is set for it to play a decisive role in shaping the future of the world in the next decade.