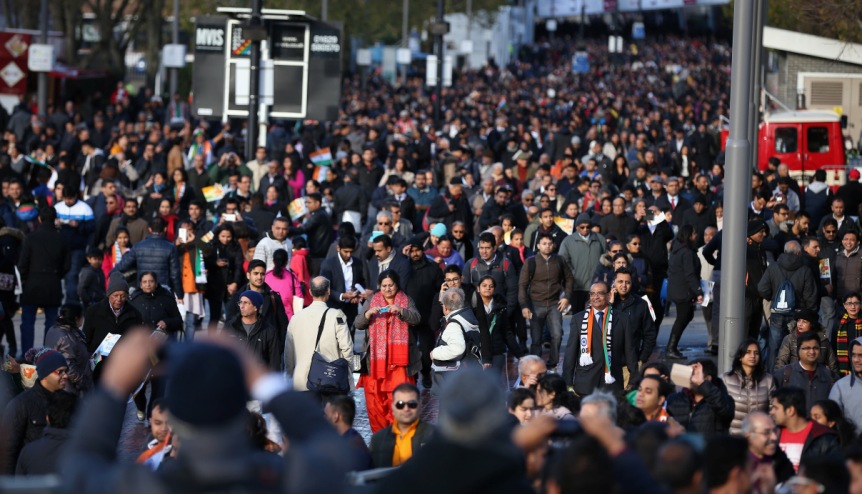 The first-ever India Inc. survey of voter intentions confirms the obvious dealignment of British Indians from the UK’s Labour Party; what is less obvious is where these votes will finally go, writes India Inc. Founder and CEO Manoj Ladwa.

Winston Churchill famously described politics as the ability to foretell what is going to happen tomorrow, next week, next month and next year; and then to have the ability afterwards to explain why it didn’t happen.

The landmark India Inc. Optimus Poll released this week on British Indian voter intentions could well go down in the annals of the December 2019 General Election history as a timely foretelling, up for Britain’s political parties to grab in time or then struggle to explain why they failed later.

The poll, conducted by YouGov of eligible voters from the UK’s 1.5-million strong Indian diaspora, makes it loud and clear that this electorate cannot be taken for granted as a block vote. They may have traditionally identified with the Labour Party but that vote-share is in freefall, registering a 12 point drop since the last election in 2017. This, however, is not immediate good news for the Conservative Party either, which is currently down four points from 2017 and doesn’t seem to be successfully attracting the floundering Labour voters, many of whom seem to be attracted towards the anti-Brexit Liberal Democrats.

The Indian diaspora, as the UK’s largest and often referred to as the “Living Bridge” since Indian Prime Minister Narendra Modi coined that phrase in November 2015, punches well above its weight in its contribution to Britain’s socio-economic landscape.

There are a documented 842 Indian companies doing business in the UK, a number that would have gone up since the ‘India Meets Britain Tracker 2019’ was released earlier this year. These companies between them have a combined turnover of £48 billion. Between them, they employ over 105,000 people across the country and, most significantly, have shown great resilience through the uncertainties of Brexit so far. These figures do not take into account diaspora-owned businesses, which represent 2 per cent of the UK a population but a staggering 6 per cent of its GDP.

Against the backdrop of a looming exit from the European Union (EU) and ambitions of a Global Britain, keen to enhance trade and investment ties with India, this heavyweight group will have a crucial role to play. They may also have some influence on the direction of any future trade deal between the two countries.

However, the actions from the two main parties don’t seem to reflect that they have grasped this no-brainer. The Labour Party fares much worse, given the traditionally strong base it was starting with among diaspora voters. Its ill-conceived and partisan emergency motion on Kashmir is a sign of just how out of touch it has become with Indian diaspora sentiments. The further reference to Kashmir in its election manifesto will only serve to rub salt into the already strained relationship.

The India Inc. Optimus Poll, however, makes it quite apparent that British Indian voters are not inclined to vote solely on the basis of sub-continent issues, but how a party frames its relationship with the country of their origin – one of the fastest growing economies of the world – undoubtedly has some influence over their voting behaviour.

According to the poll, regardless of who is in power, a plurality of British Indians (47 per cent) agree that the UK should be doing more to increase trade and investment between the United Kingdom and India, compared to only 19 per cent who say the UK is doing enough or too much.

All is not lost

However, the findings also indicate that the Liberal Democrats have registered the most statistical hike among Indian-origin voters, of 10 percentage points (jumping from 8 per cent in 2017 to 18 per cent in 2019), reflective of Brexit as an important factor behind their ballot in line with the wider national sentiment.

With just over a fortnight in the campaign, it is perhaps time for all the parties to reassess and realign because an 18 per cent undecided set of British Indian voters, higher than the national average of undecided voters, is a massive chunk of votes (especially where winning margins are tight) up for grabs in an election that has confounded political pundits even more so than any in the past.

Explaining away such a big missed opportunity will prove impossible even for a politician as astute as Winston Churchill.