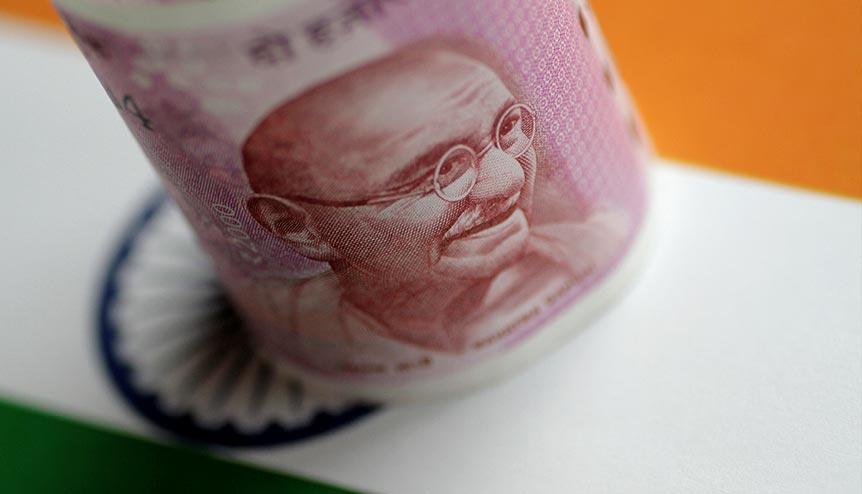 The better than expected second quarter GDP growth figures and the improvements seen in several economic indicators are giving analysts reason to be cautiously optimistic about the country’s future growth trajectory. 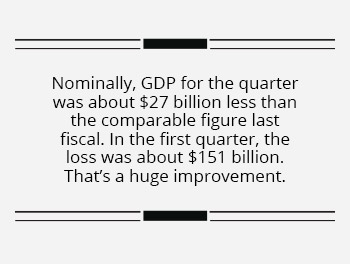 The contradictions are startling. India is in technical recession – its GDP has shrunk for two consecutive quarters – but the mood in the country is cautiously optimistic.

That’s because several economic parameters – auto sales, goods and service tax collections, electricity consumption and rail freight, among others – seem to indicate a faster than expected recovery from the Covid-induced slowdown that looked feasible even a few days ago.

But first, the headline numbers: The GDP contracted by 7.5 per cent in the second quarter (July-September) of this financial year compared to a negative growth of 23.9 per cent in the first quarter (April-June).

The Indian economy is recovering, but the pandemic must be fought harder

Nominally, the GDP for the quarter was about $27 billion less than the comparable figure in the last fiscal. In the first quarter, the loss was about $151 billion.

That’s a huge improvement. If one compares the absolute figures for the first half of the fiscal, the loss to the GDP was $178 billion, or a little more than 6 per cent of last year’s GDP.

GDP contraction can be capped at less than the anticipated figure 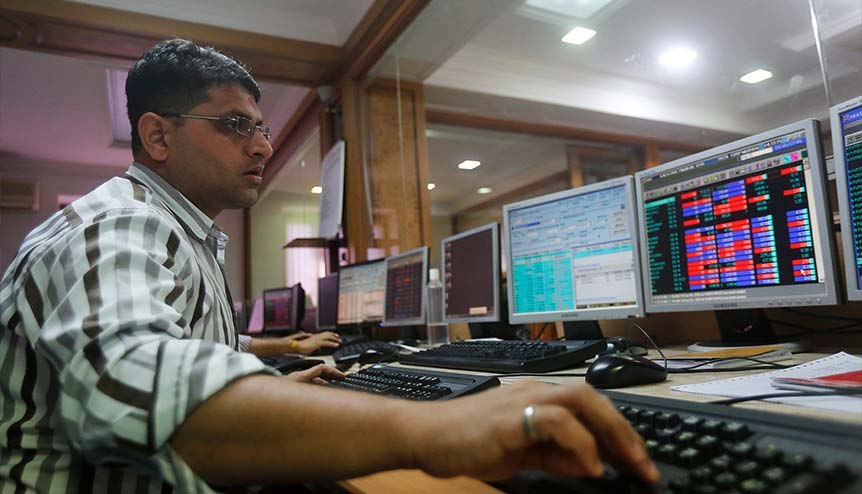 The observation in the markets is that India is poised for a optimistic Q2 report card which illustrates that the economy picked up after the lockdown was lifted.

If, and it’s a big if, the Reserve Bank of India’s forecast of an expansion in each of the last two quarters of 2019-20 proves correct, then, India’s overall GDP contraction will be capped at around that figure – a massive improvement over the prognoses of doom and gloom that several international and domestic agencies have been bandying around.

“The Q2 numbers have come as a pleasant surprise since were all expecting the decline to be steeper. It shows economic activity recovered very quickly as the lockdown was eased,” NITI Aayog Vice Chairman Rajiv Kumar told The Times of India, a leading Indian daily.

If the spike in consumption demand sustains in the coming quarters, India’s economy stands a very good chance of returning to its pre-Covid levels by early in the next financial year. That would imply a loss of about 18 months growth. Given the prevailing economic scenario across the world, most policy makers would take that quite happily. 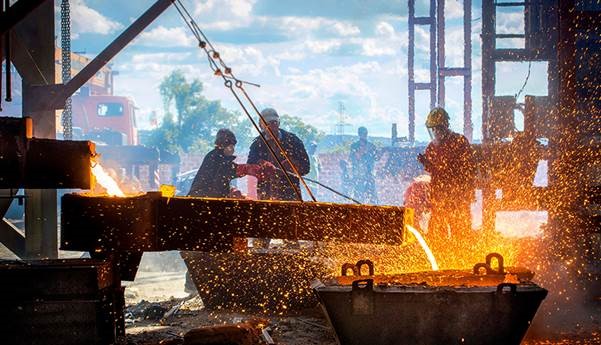 With more workers returning to factories and with companies ramping up production to meet the unexpected spurt in demand, analysts expect this figure to improve further in the coming months.

There’s good news coming from other indicators as well. The unemployment rate, which had risen to 7.6 per cent in the days immediately preceding the Covid-induced lockdown, has come down to 6.7 per cent in September.

With more workers returning to factories and with companies ramping up production to meet the unexpected spurt in demand, analysts expect this figure to improve further in the coming months, subject, of course, to two caveats – the demand curve sustaining its upward climb and India being spared a second wave of the pandemic. The rise in rural wages also augurs well for the economy. 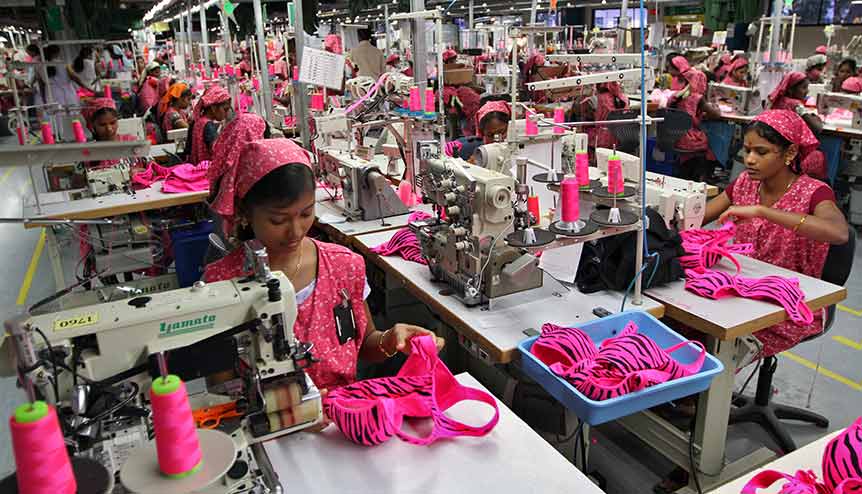 Ladies working at a factory. A high GFCF is a prerequisite for sustained 8 per cent plus growth that will ensure the generation of sufficient numbers of jobs to absorb the 8-10 million youngsters who join the Indian workforce every year.

In a nascent sign that investments, which had hit a rock bottom during the first quarter of the current fiscal, is again picking up, although not quite at the pace the Modi government would want it to.

Gross fixed capital formation (GFCF), which is a proxy for private investments, which had fallen to 22.3 per cent of GDP in the April-June quarter of this fiscal, has improved to 29 per cent of GDP – about the same level it was at before the Covid pandemic brought economic activity in the country (and much of the world) to a halt. It is still well short of the 37 per cent it had touched during the heady years from 2008-2011, when the growth rate was consistently above 8 per cent.

Indian economy rebounds on the back of V-shape recovery trends across the sectors.

V-Shaped recovery in User-Based Industries especially in consumer goods & investment suggests a strong revival of both consumption and investment, which accounts for 90% of GDP.#EconomyRebounds pic.twitter.com/MnlugRk2H9 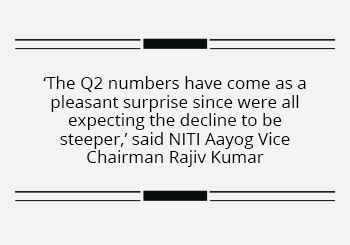 A high GFCF is a prerequisite for sustained 8 per cent plus growth that will ensure the generation of sufficient numbers of jobs to absorb the 8-10 million youngsters who join the Indian workforce every year. But there is hope that if the current trend continues the investment rate could inch back towards that magic number.

The incipient recovery in the Indian economy has taken most economists, who had been bitterly criticising the government for being miserly with its fiscal stimulus, by surprise. 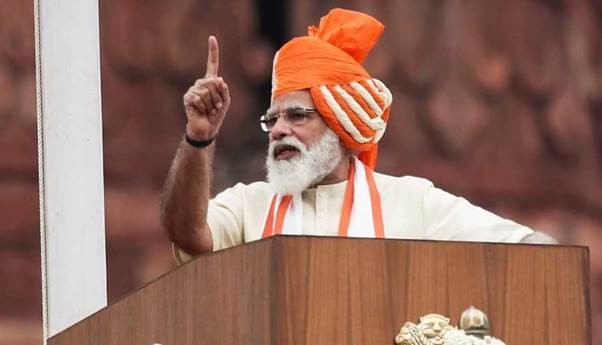 Indian Prime Minister Narendra Modi has relied on monetary measures and loan guarantees to ride out the storm. This has kept the Indian government’s finances in relatively good shape.

But this is in keeping with Indian Prime Minister Narendra Modi’s well-known preference for fiscal rectitude. Instead of spending more money – as the Manmohan Singh government had done during the 2008 global financial crisis – Modi has relied on monetary measures and loan guarantees to ride out the storm. This has kept the Indian government’s finances in relatively good shape.

Fiscal deficit will also be lower than expected 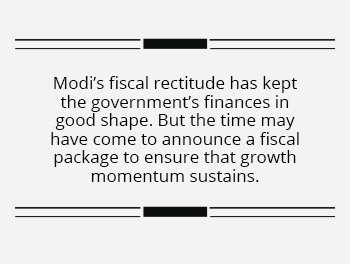 With the contraction in GDP numbers now expected to be much smaller than previously feared, the fiscal deficit, i.e., the amount the government borrows to meet its expenditure, will also be lower than anticipated. Analysts now expect this figure – for the Centre and states together – to be in the region of 10 per cent of GDP, compared to 15 per cent-plus forecast earlier.

There are some other unexpected upsides as well. The pandemic has forced almost every sector of the economy to hasten the speed of technology adoption, cut the slack in their systems and improve productivity.

These gains will remain even after the pandemic has passed.

For now, therefore, India seems to have weathered the Covid storm better than most other countries. Many economists who are now praising the government for its fiscal prudence, are, however, saying that the time may have come to announce a limited fiscal package to ensure that the growth momentum sustains through the next few quarters.

If the government can ensure that, it can set the stage for India to aim for near-double digit growth once again in the not so distant future.