Skip to content
For India to Go Global is natural

For India to Go Global is natural 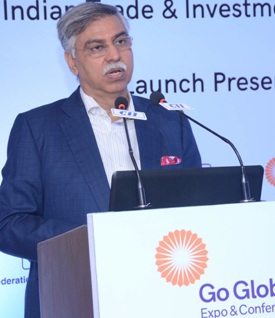 One of India’s leading international businessmen traces the factors behind India’s natural instinct towards going global.

The question isn’t whether India can turn global; it is how quickly will India be accepted among the leading nations in the world.

Not only did we lose trade; we also clung on to the government system that the British left behind. Our erstwhile rulers made a few contributions — like building a railway network that connected all of India and introducing the English language – which would go on to become the world’s business language. But they also left behind a bureaucracy, which we turned into a maze.

It took us a while to understand that to fully re-establish ourselves as a global player. Entrepreneurship, trade and business are intrinsic and genetic to this country—but these elements were shackled for many decades.

In the early 1990s, a transformation took place: an economic emergency forced the Central government to unleash reforms that made it easier to trade, build businesses and invest overseas. Suddenly, both India and Indians wanted to stand up and be counted. So, over the next two decades, global Indians went on to become the biggest ambassadors of India, be it Indian professionals in Europe, the US, Southeast Asia or Africa– they did exceedingly well in all professions.

Yet for a number of years, while Indians were earning their spurs in different domains, India itself was slow on the curve, and not being able to live up to its potential. Now, in the third decade of economic reforms, we are finally recouping lost ground. We are releasing our energy.

Different parts of India are evolving in different ways. The mistake we make sometimes is by looking at India as a homogenous unit, which we definitely are not. Ours is a continent, like Europe. We not only have 28 plus states, but also different cultures, social preferences, languages, food and clothing.

Despite this diversity, a special glue holds us together. This is the spirit of Indian-ness. Indian-ness is completely unique and is now increasingly being seen by the world as being forward-looking. For many years, because of restrictions and shortages, most Indians lived a very frugal life; this allowed and encouraged many developments to take place in a fraction of the cost compared to the the rest of the world.

Today, as we move forward, Indian technology – plus the Indian frugal and innovative mindset– will become as important to the world as Indian enterprise. So becoming global will be absolutely normal and natural.

There has been a growing realisation that while there is a massive market in India, even bigger markets exist around the world. So company after company has gone out, at times, to trade or to set up Greenfield projects; but in most cases, to acquire existing operations outside. It is a fact that a large number of acquisitions have not always met with desired results. Yet some of them have been exceedingly successful.

For example, some years ago, the Hero Group acquired a small company in Scotland, not in our major business, but in the call centre business. We turned this fledgling company into the fastest growing company in the UK and the most profitable company in Europe. From 1,000 employees, in four years we took this to 6,000.

Today India is in a phase when its economic size is large enough for making investments, both inward and outward.

Indian companies have the ability and experience to work in very complex and tough circumstances. Their ability to go out, be successful and become part of the local landscape stems from a capacity to operate in extremely diverse conditions within India. When Indians go out to do business anywhere, it becomes their second nature to adapt.

Today India is in a phase when its economic size is large enough for making investments, both inward and outward. India is opening itself to influences from around the world; as a result, a growing number of businesses want to use that knowledge as they trade and invest around the world. To be sure, there is a slowdown, but I believe this is a good time to continue to invest, because the moment the market turns around, one can be ready with the right ability and capacity.

India today is a beacon in the global economy. Our strongest suit is our ability to address simple problems as well as complex technological problems around the world. This puts us in a unique position to go out and become equal players in the world market.

However, let me also stress that our quest to go global will remain unfulfilled unless we change the business environment in our immediate neighbourhood. Across the world, around 62 per cent of trade is done within the region, except in the Indian sub-continent. There is no good reason for the same not to happen in our sub-continent—provided we strengthen our relationships in the neighbourhood.

In the meantime, the Go Global Conference will be a good place to showcase what India is about and what India can do.

About the Author: Sunil Kant Munjal