India-EU FTA: Merkel can break the impasse, if she really wishes

India-EU FTA: Merkel can break the impasse, if she really wishes 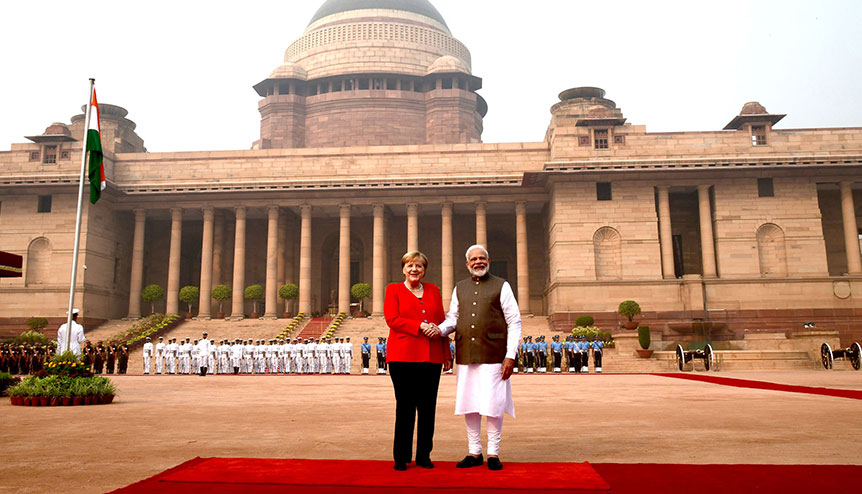 Given the importance of an EU-India FTA to both sides, it may be time for German Chancellor Angela Merkel to use her political capital to lean on EU bureaucrats to be more flexible, writes India Inc. Founder and CEO Manoj Ladwa.

During her recent visit to India, German Chancellor Angela Merkel said there was a need to reopen the stalled talks on finalising a free trade agreement between the European Union and India. I will go a step further and say it is imperative for Merkel to take ownership of this issue and provide the leadership needed to nudge Brussels to be a little more reasonable with India.

Dialogue of the deaf

Let’s cut back to 2007, when talks on the FTA called Bilateral Trade and Investment Agreement (BTIA) began. These negotiations meandered about over 16 rounds for the next six years without really getting any closer to closure mainly because of the intransigence of the EU negotiators on points that India considers core to its economic well-being.

Any half decent Indian political analyst will tell you that it’s well-nigh impossible for any Indian government of whatever complexion to cede much ground on these issues. Since opening its economy in 1991, automobiles are one of the industries in which the country has attained global competitiveness, enabling it to emerge as the world’s small car hub.

This sector employs about 40 per cent of all workers in the organised Indian manufacturing sector and accounts for more than 40 per cent of the country’s industrial output. Allowing second-hand cars to flood the Indian market will severely dent the fortunes of this industry, which is currently grappling with a multi-year slowdown in demand, and impact the livelihoods of millions of people.

And stronger drug patents, in line with what the EU wants, will kill, or at least severely restrain, India’s booming generics drug sector that has emerged as the global source of cheap off-patent lifesaving drugs – albeit, admittedly at the cost of European and American Big Pharma.

Then, the bureaucrats in Brussels are reluctant to make any concession on India’s demands for easier market access for its professionals. They should appreciate that services constitute about 60 per cent of the Indian economy and that India’s main competitive advantage lies in the skills of its large body of skilled professionals.

Give and take missing

So, it’s a no-brainer that no government, least of all the one headed by Prime Minister Narendra Modi, can make any concession on market access for industrial goods without an equal and reciprocal concession on the movement of professionals from the EU.

We will (hopefully) get a clearer idea of where Britain stands on Brexit after the UK elections on December 12. But Britain apart, Germany has the biggest stake in the EU in an FTA with India because Germany is the country’s largest trade partner in the EU after the UK.

If second-hand Made in Europe cars flood the Indian market, it is German auto companies such as Volkswagen, Audi, Daimler Benz and BMW that will also suffer.

That’s why, I think it is imperative for Merkel to use her political capital to impress upon Brussels to ease up a bit on its maximalist positions on most issues.

India, too, will have to bring some imagination to its current stance. Who will blink first? Merkel, if she wishes, has the key.