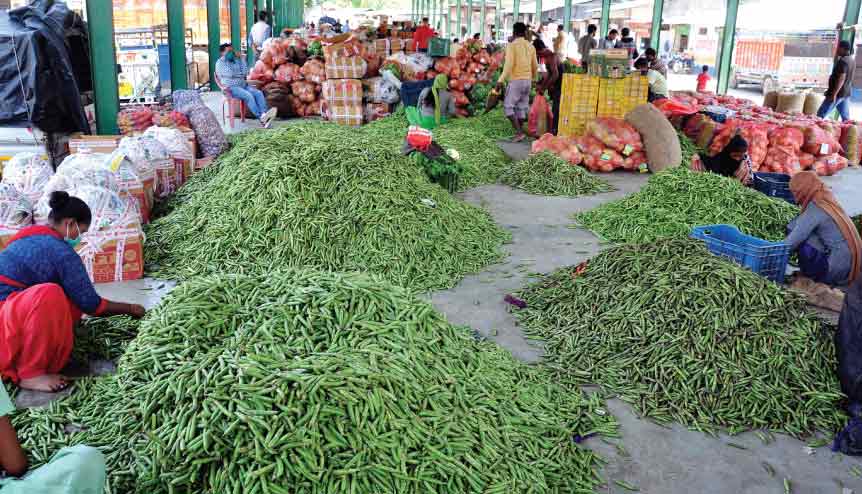 Freight movement, electricity and oil consumption are all showing signs of increasing demand. Unemployment is also falling. Coupled with an expected boom in the rural economy, which supports 70 per cent of India’s population, these could substantially temper or even negate the contraction of the economy in the first quarter of this financial year.

There are sound economic reasons for questioning the gloomy predictions about a contraction of the Indian economy this year, which could be overstated.

The International Monetary Fund (IMF) is the latest to join the bandwagon of doomsayers, with its prognosis of the Indian GDP declining by 4.5 per cent this year. HSBC has predicted a 7.2 per cent contraction; international ratings agency, S&P, feels it will decline 5 per cent, and even the Reserve Bank of India (RBI), India’s central bank, has said the economy could shrink by 1.5 per cent this year.

It’s possible that these predictions are not directionally incorrect. The point is that these projections may have overestimated the magnitude of the probable decline while giving much lower weightage to factors that could help mitigate – and with a bit of good fortune, even negate the effects of – the slowdown. 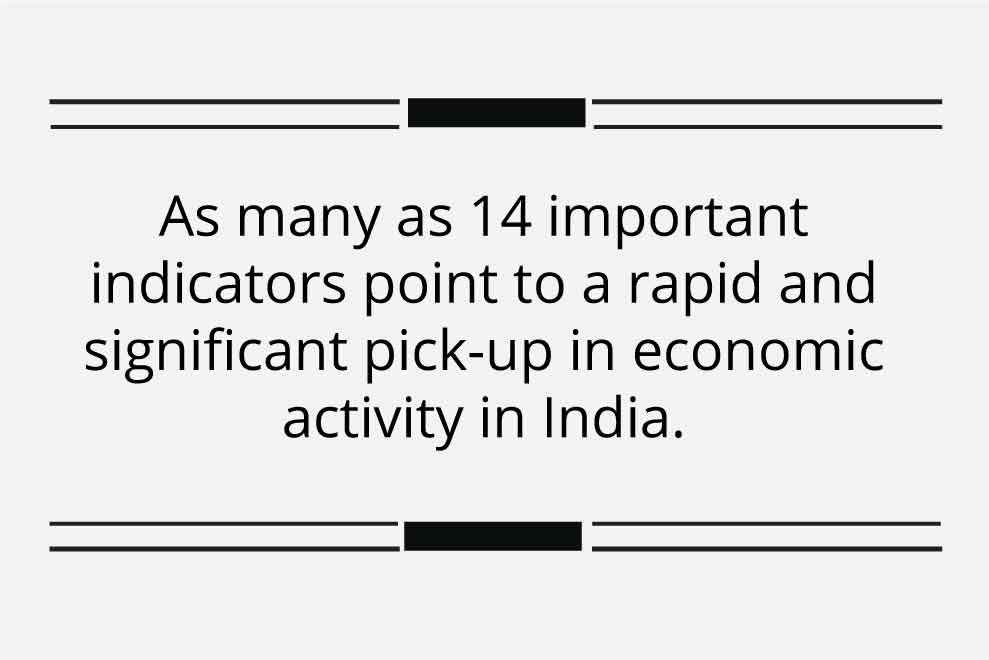 There are green shoots of revival visible across various sectors that every agency seems to be overlooking. Even if one ignores, for the moment, the enthusiasm of stock market investors who have taken India’s benchmark BSE Sensex beyond 35,000 levels – the doomsayers might say for no good reason – it is a little more difficult to turn a blind eye to raw data. As many as 14 important indicators point to a rapid and significant pick-up in economic activity in India.

Don’t judge a book by its cover

There’s reason to be optimistic that growth, POST June 30, will pick up smartly in the remaining three quarters and substantially – and, with a little bit of luck, even wholly – wipe out the contraction of the first.

Rail traffic, petroleum and diesel consumption and digital transaction, all important indicators of economic activity, are picking up. Electricity and fuel consumption, greater movement of goods and an increase in financial transactions as well as manufacturing, services, finance and agriculture, are also all swinging back to better health with a vengeance, though they are still at below pre-Covid levels.

Also Read: The world gets ready for 50 million Indian tourists by 2022

Then, the unemployment rate, which had peaked at a quarter of the entire workforce at the height of the lockdown, has fallen sharply. According to data released by the Centre for Monitoring Indian Economy (CMIE), India’s unemployment rate declined from 23.5 per cent in April and May to 8.5 per cent for the week ended June 21, revealing it to be back at the level it was at when the lockdown was declared on March 25.

Considering that many companies are still in the process of ferrying back their workers from their native villages, this figure is bound to improve in the weeks to come. This will provide more purchasing power to a greater number of people and will, in turn, fuel consumption and demand for various goods and services.

Let us examine one small but critical statistic: Seven out of ten Indians reside in rural India and in Tier II and Tier III towns. The arc lights rarely focus on them. International correspondents and surveys never seek their opinion on weighty economic matters. These hardy people provide as much ballast to the Indian economy as their more celebrated urban counterparts. NITI Aayog, the Indian government’s official think tank, estimates that rural India contributes as much as 46 per cent, or about half, of the country’s GDP.

And the rural economy is booming this year. The recently cultivated rabi, or winter crop, resulted in a bumper harvest. Then, the forecast of a normal monsoon, the timely distribution of the Modi government’s Universal Basic Income scheme for farmers, the disbursal of more than $10 billion to farmers in lieu of payments for the winter harvest, and a 50 per cent pick-up in payments for the national Rural Employment Guarantee Scheme are expected to lead to increased buoyancy of rural demand this year.

As D.K. Srivastava, Chief Policy Advisor at EY India, has said: “While growth in manufacturing and services is likely to be negative in Q1 this year, the Indian economy may return to positive growth territory from Q2 onward. These early trends indicate that there is a good chance that the GDP growth may turn out to be positive although at a low level (this fiscal) if the pick-up is strong particularly in the third and fourth quarters of the fiscal year.”

The green shoots are visible to those who want to see them. The coming quarters will show the extent to which they can compensate for economic decline in the first quarter.