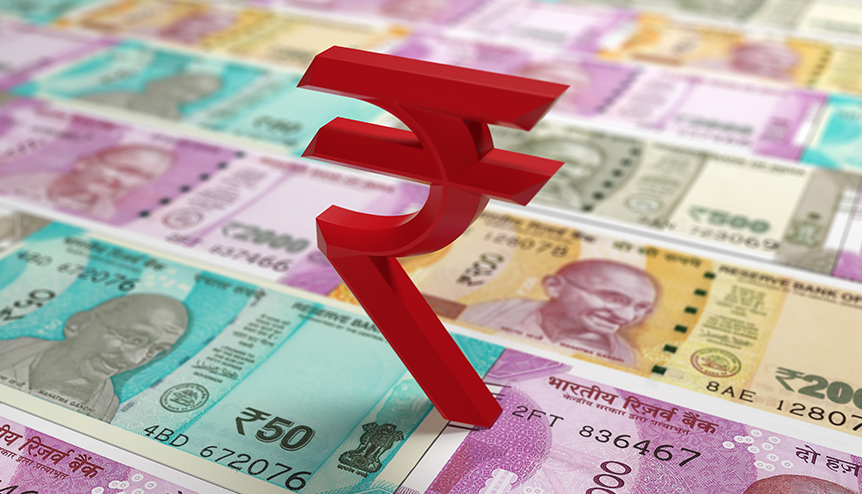 The depreciating Indian currency could force the Reserve Bank of India (RBI) to hike rates and some foreign investors to pull out. This may cause some turmoil over the short to medium term but the longer term outlook is not all bad.

The Indian Rupee continues to fall. By mid-September it was hovering around the 72.97 mark to the US Dollar and could well breach the 73 per USD mark and depreciate further in the days ahead.

In India, which will see four important state elections in three months and the all-important general elections five months after that, Opposition politicians of all hues are, expectedly, excoriating the government for its alleged mismanagement of the economy, which, they charge, is responsible for the 13.5 per cent fall in the value of the Indian currency from 64.14 per US Dollar levels a year ago.

How valid is this allegation? And how will this devaluation of the Indian currency impact various sectors of and stakeholders in the Indian economy, especially, foreign investors?

First, let us examine the veracity of the accusation that the Narendra Modi government in India has mismanaged the economy.

Most independent analysts such as the global ratings agencies and multilateral agencies such as the World Bank, the International Monetary Fund (IMF) and the Asian Development Bank (ADB) have been fulsome in their praise of the government’s management of the economy. IMF Managing Director Christine Laggard had, only a year ago, called India a beacon of brightness in the otherwise gloomy global economy.

The hard numbers as well as the anecdotal evidence supports this position. If anything, the government deserves credit for managing to limit the currency fall to less than the levels experienced by its Emerging Market peers.

The reasons for this are prudent management of the macro indicators and pursuing policies that are generating an extremely high (and enviable) growth rate.

Since coming to power in 2014, the Modi government, and Finance Minister Arun Jaitley in particular, have shunned populism and politically motivated giveaways in order to nurture the broken economy they had inherited back to shape.

Four years of patient hard work is now bearing fruit. The Indian economy recorded an 8.2 per cent growth rate in the first quarter (April-June 2018) of the current financial year. And though almost all institutions such as the World Bank, the IMF and the Reserve Bank of India are projecting an annual growth rate of about 7.4 per cent, many experts expect this figure to be closer to, if not higher than, 8 per cent for the full year.

Then, the inflation rate is also relatively moderate, at 4.17 per cent in July, despite runaway oil prices. Though this rate is expected to rise to 4.8 per cent in the second half of the year, it will still remain within RBI’s comfort zone.

The two other very important macro indicators, the fiscal and current account deficits, are also modest and within the acceptable range, though CAD could rise to 2.5 per cent and beyond if global oil prices don’t cool in the coming months.

Let us look at some of India’s global peers to see how other emerging market currencies have been doing recently.

The Indian Rupee, in comparison, has lost a far more manageable 16 per cent. Among emerging markets, only the Chinese Yuan has performed marginally better than the Indian currency, falling 12 per cent.

Just to put things in perspective, even the mighty US Dollar has lost 18 per cent during this period. The main culprits for the falling value of Emerging Market currencies are the Turkish Lira and Russian Ruble.

The Turkish economy is on the brink, with rising foreign debt, an annual inflation rate of about 18 per cent and a diplomatic spat with US all exacerbating situation.

Then, US and European sanctions against Moscow have made matters worse for the beleaguered Russian economy with the ruble following the Turkish Lira into a downward spiral as international investors, fearing an emerging markets contagion, remove their funds to safe heaven currencies of the US and western Europe.

And finally, 10-year yields in the US have breached the 3 per cent level amid indications that they may rise further. This is leading to rush of dollars from emerging markets, including India, back to the US, leading to a fall in the Rupee (and other EM currencies).

Oil, the other culprit

Like a ship caught in a heavy storm, the Indian economy is being buffeted by global headwinds. The Middle East is in turmoil, thanks to the Saudi Arabian-led spat with Qatar, the civil war in Syria and, most importantly, the renewed US sanctions against Iran.

This last, in particular, is hurting India very badly. With most countries winding down their imports of Iranian crude, which is much cheaper than other varieties, demand for supplies from rival countries is rising, leading to a sharp spike in the global oil prices.

India is the world’s third largest oil importer and imports about 80 per cent of its crude requirements from abroad, a significant part of it from Iran. This is hitting the Indian economy hard.

Consider this: every $1 increase in the price of India’s crude basket raises India’s import bill by $1 billion.

For now, the inflation rate in India is still relatively benign and its macro-economic indicators stable. But if crude prices keep rising, that could change. And that could influence how foreign investors view India going forward.

Media reports have indicated that the government is not keen on cutting duties on fuel to keep retail prices in check because any fall in revenue collections will lead to a cutback in development and investment expenditure that is sine qua non to keep the wheels of the Indian economy moving.

But if the country’s import bill continues to rise, then the current account deficit, the difference between the values of all goods and services exported and imported, will widen. And as the government’s expenditure also rises to meet the rising costs of crude imports, the fiscal deficit will also increase.

This may be a signal for some foreign funds – already skittish about a potential Emerging Markets contagion – to start withdrawing their investments to safer havens in the West.

Then, rising transport costs will lead to a spike in prices of all manufactured goods and agricultural commodities across the board in India, thus, raising the inflation rate, which is currently at a comfortable 4.17 per cent.

“We were expecting a 25 basis points interest rate hike in December, but it could even happen in October now,” Chief Economist of ratings agency CARE, Madan Sabnavis, told the media.

This will raise the cost of borrowing, set back the incipient growth of the investment cycle and slow down the economic growth engine, which is showing encouraging signs of picking up speed.

It will also hit affect household budgets and hit consumer demand, which has been the primary driver of economic growth in India in recent quarters. In particular, demand for housing, which is showing signs of coming out of a prolonged slump, automobiles, among the main drivers of the Indian economy in recent times, and white and brown goods, which are mainly funded by bank loans, is likely to be hit.

All of this will have a huge negative impact on the Indian economy and set back the good work done over the last four years by the Modi government in nursing the economy back to health.

Returns of foreign investors to be hit

Many foreign, mainly stock and bond, investors are already counting their losses from the depreciating Rupee. The 13.5 per cent fall in the Rupee value against the dollar over the last one year means that foreign investors will have to earn at least that much in Rupee terms to maintain status quo. Anything less than that will mean they will incur losses when repatriating their funds even though they may have earned profits in Rupees.

If an international investor was meeting his internal rate of return (IRR) – an important parameter for most such investors – expectation of 15 per cent in Rupee terms over a horizon of five years, then this 13.5 per cent decline in the value of the Rupee will reduce his returns by 270 basis points (10 basis points = 1 percentage point) annually.

Media reports have quoted S. Harikrishnan, Managing Partner, Blue Lotus Capital Advisors, which manages a private investment in public equity (PIPE) fund of about $40 million, as saying: “We raised our fund two years back when the Rupee was at 63-64 against the dollar and now it’s at 72.5 against the dollar… it just means that no matter how well you do, you have already lost more than 15 per cent to the currency.”

This will hit US funds and others who invested in US dollars the most but since all market-based exchange rates are linked, investors in other currencies such as the Pound Sterling or the Euro will not remain entirely unaffected.

“Currency volatility is proving to be a big concern. As a 10-year fund, we factor in fall of 1 per cent to 2 per cent annually of currency risks, but such a dramatic fall in Rupee creates havoc and directly impacts the NAVs of our funds,” adds Harikrishnan.

Hedging of little use

Exporters and importers usually hedge their foreign currency risks but this mechanism becomes difficult for foreign funds as exit timings cannot be planned months and years in advance. “There is no certainty on exact timing of exits. Hence, it is difficult to hedge the risk. Under such circumstances, hedging would be tantamount to speculation,” Padmanabh Sinha, Managing Partner, Tata Opportunities Fund, told a leading Indian newspaper recently.

It could also be prohibitively costly to hedge risks over multiple years. The average hedging costs over the last decade has been about 5.5-6.0 per cent; so, private equity players have been reluctant to walk down this path.

“We expect the USD-INR to stay in the 72-74 range in near term. The Rupee has depreciated owing to the strength in the US dollar on the back of improving US economy and rising US interest rates. A further Rupee depreciation… as thereafter RBI will have to change stance and increase interest rates in the forthcoming policy or maybe mid-way,” MD & CEO of Axis Securities Arun Thukral told the media.

Not everyone thinks falling Rupee is a bad thing

Former Finance Minister and Opposition Congress party leader P. Chidambaram has written a column recently titled ‘Why India Should let the Rupee Fall’, in which he says: “A weaker currency helps export growth, which has been weak in recent years… A weaker Rupee could also offset competition of cheap imports from countries like China, which could give domestic industries a much-needed boost. The RBI and India’s government, at present, are calm. This is a strong posture that must withstand the daily news, media pressure, lobbying and political taunting. In 2016, the RBI had been given a new mandate to meet its inflation target and maintain growth. Defending the currency at all costs isn’t part of the brief. This latest weakness will test its resolve.”

Future tense but not necessarily grim

The coming months and quarters will give Finance Minister Jaitley many sleepless nights as he and his team keep a close vigil on international developments beyond their control. There will be many tense moments for the Indian economy, but the future is not necessarily looking grim.

If the domestic factors-led growth momentum can be kept up – even with a slight moderation due to external reasons in the short term – it can provide the best hedge against rising oil prices and a falling currency over the longer term.