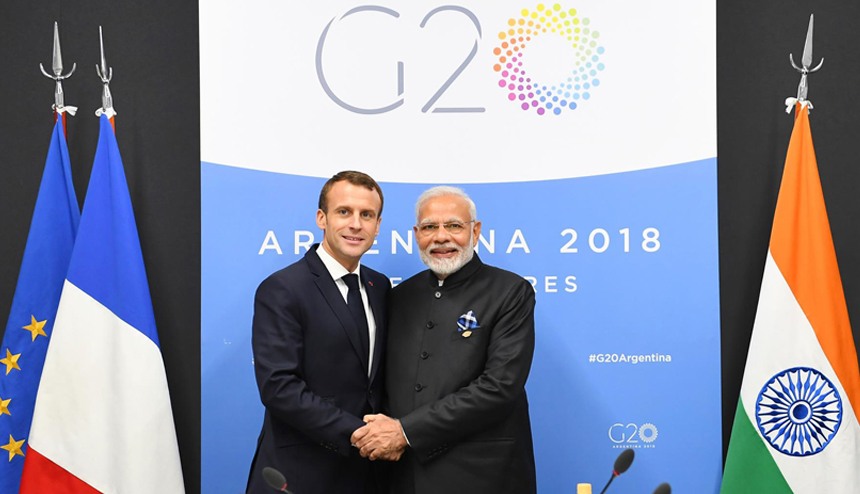 A recent European Commission draft on engaging with India could mark an end to the era of benign neglect on both sides, writes India Inc. Founder & CEO Manoj Ladwa.

Brexit deal or no deal, the much anticipated UK-India trade pact is unlikely to see the light of day anytime soon. The question that follows almost naturally from this is: what about India’s relations with the EU after Britain exits the European Union (EU)?

We emphasise here that India’s relationship with the UK and the EU is not a zero sum game, i.e. a deal with the EU will not come at the cost of the UK and vice versa.

After decades of looking at India through a British lens (though France and Germany may disagree), there is clear evidence that the EU may be coming to terms with India’s rise and recognising the need to form a mutually beneficial relationship with the world’s fastest growing fast economy.

Equally, after years of considering the rest of Western Europe as places they could visit and conduct business in from their base in the UK, Indians – and the Indian government – are also realising that the time may have come to completely reimagine the relationship.

This was evident from a strategy released recently by European Commission that recognised India has the fastest growing large economy in the world that “has acquired an important geopolitical role”. It spoke of the need to strengthen bilateral ties and “by focusing on sustainable modernisation and on common responses to global and regional issues”.

This, it said, was based on a common stand on the following issues:

On the first, the EU has recognised, somewhat belatedly in the opinion of ‘India Global Business’, India’s leading role in global affairs in a multi-polar world, and commits itself to coordinating positions on multilateral issues with New Delhi.

The strategy further says the EU will work with India to promote hot button issues such as democracy and human rights, gender equality and women’s empowerment. It will also engage in regular exchanges and coordinate with India on foreign policy, defence, cyber security and terrorism.

Perhaps in recognition of Indian Prime Minister Narendra Modi’s push for the adoption of renewable energy, especially solar and wind power, in India and his leading role in launching the International Solar Alliance (ISA) and the partnership with France in this regard, the strategy identifies the EU as India’s natural partner in supporting sustainable growth.

This statement indicates that the Brussels bureaucracy may be coming to terms with the fact that its sometime standoffish attitude vis-à-vis India has only resulted in the Modi government bypassing it almost completely and entering into bilateral agreements with EU powerhouses France and Germany (and, of course, the UK), thus, effectively leaving very little for the other EU members in the world’s fastest growing economy, which is larger than all its individual members save for Germany, France and the UK (very soon, it will just be the first two).

One of the reasons for the cooling of ties in recent years was India’s uncompromising approach on the issue of trying two Italian marines for the murder of two Indian fishermen in international waters. This had soured New Delhi’s relations with and, consequently, with Brussels. But the two sides seem to have put their bitterness behind them. Evidence of a new spirit of accommodation became evident when Italy accepted Prime Minister Modi’s suggestion to swap the hosting rights of the G-20 Summits in 2021 and 2022. Thus, India will get to host this prestigious meet in 2022, the 75th anniversary of its Independence.

We don’t yet have the fine-print of how the EU and India will engage on trade and commerce. Investors and businesses on both sides will eagerly wait for that to emerge, but given what seems to be a meeting of minds in the top echelons of the EU and India, ‘India Global Business’ is optimistic that there will be a lot to look forward to.

The days of benign neglect seem to be over. Now, it may be time to get down to business.