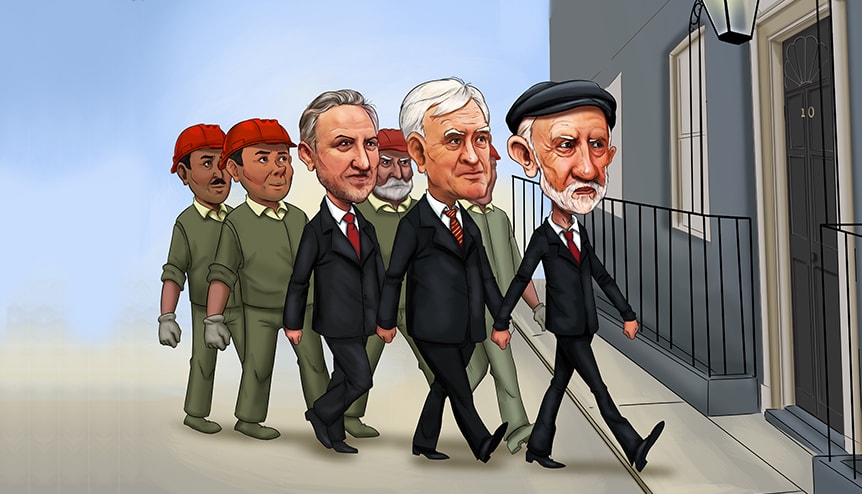 The UK’s Labour Party leader is uncomfortable in engaging with Modi’s India; but neither he nor Indians can afford to ignore each other anymore, writes India Inc. Founder & CEO Manoj Ladwa.

Like many people, I, too, am concerned about the fate of the Brexit negotiations and the UK’s future after exiting the 28-member European Union (EU). And as a long-time and ardent believer in the potential for global good that a closer UK-India engagement can engender in the world, I am also anxious about what shape the new immigration rules outlined earlier this month by the UK government will take.

I feel Indian business leaders and companies, who are collectively the third-largest foreign investor group in Britain, should also consider these issues and plan ahead for the future.

Given the current turmoil in the ruling Conservative Party, one such scenario should, in my opinion, be the possibility of a Labour government coming to power under left-winger Jeremy Corbyn.  Corbyn’s sympathies over many years to activists opposed to Prime Minister Modi are well known. But his reluctance to recognise  Modi’s deep and much needed reforms to India’s governance and economy, and widely acclaimed efforts on issues such as social and financial inclusion and climate change, have led to much scepticism about Corbyn’s appetite to strike a positive note with a fast changing India.

Corbyn, to his credit has made some conscious attempts to shed the activist image that had spooked business and the UK’s allies abroad. But we still don’t know how a future Labour government will act on a range of issues and some doubts still remain to be answered on those counts.

But Indian industry, in particular, will take solace in the statements Corbyn has made on Brexit favouring a Customs Union with the EU and his interviews to various Indian media organisations where he has categorically committed a future Labour government to measures that will ensure “… Indian students can stay here to get work experience before they decide what their next step is”.

Addressing the main bone of contention between the UK and Indian governments on immigration and trade, he added: “I would restore the right of students to undertake work experience. If you become a doctor, architect, lawyer then you need time to build it up. The other issue is around family reunion: the income level set is often unrealistically high and there is a lot of stress for families.

“On doctors, the government should recognise that without foreign doctors, the NHS would collapse. I think the contribution that Indian doctors have made to Britain is phenomenal.”

These two points offer a good starting point for Indian industry to engage Corbyn and his Labour Party in further conversation on future policy. The 800-odd large and medium Indian companies who have set up shop in the UK have been using these facilities as their bridgehead to the wider European market.

The attractions are quite obvious. Cultural similarities, familiarity with the British legal system, unfettered access to the vast European common market were the main factors that guided the choice of Indian business.

The uncertainty over the contours of the Brexit deal is obviously making them nervous about the fate of the billions of pounds they have invested on these shores. Tata have been particularly vociferous, with others belatedly waking up to the prospect of a no-deal/muddled deal Brexit.

The Labour Party’s formulations, though still sketchy, could offer a way forward from the current impasse between London and New Delhi on trade and immigration.

This is not to say that I am forecasting a Labour government. But prudence demands that with so much money, more than a 100,000 jobs and centuries of goodwill at stake, the Indian investor community at least begin thinking in terms of a Plan B and, perhaps, even a Plan C (dare I say, Plan Corbyn!).

The Labour Friends of India which used to be an effective voice for India and diaspora interests in Parliament, is now a pale reflection. However under its recently revamped leadership, I am once again optimistic.

But much fence-mending and understanding is needed, and that too, very soon.