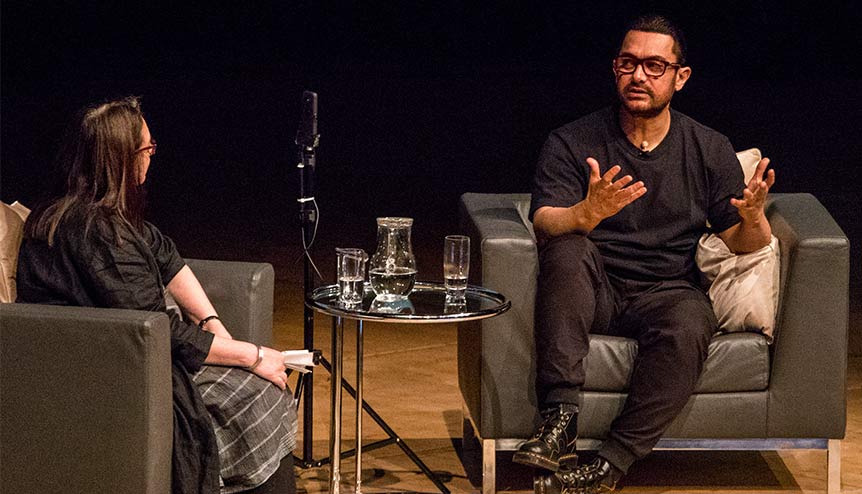 Kabir’s work includes the popular Channel 4 series ‘Movie Mahal’ – 46 episodes in the late 1980s showcasing Indian cinema personalities. ‘In Search of Guru Dutt’, a three-part documentary on the life and work of the legendary Indian actor, writer, director and producer, and Channel 4 series ‘The Inner and Outer World of Shah Rukh Khan’ make up some of her body of work as a producer. Besides, she has logged countless interviews with eminent Indian cinema personalities over the years, including the likes of Lata Mangeshkar, Zakir Hussain, Javed Akhtar and Waheeda Rahman, to name a few.

Born in Hyderabad in southern India, Kabir moved to the UK with her family in the 1950s and went on to curate annual seasons of Indian films for the British terrestrial television Channel 4 for the last 35 years.

Her recent Cinemawallahs virtual conversation kicked off with Basu giving viewers at home an insight into the early years of Kabir’s journey into film. Reflecting on what attracted her to the film industry, Kabir chose a particular scene from the 1952 film ‘Aan’: “It was from the age of 10 after seeing Dillip Kumar in that film, that I knew I wanted to work in movies.”

In her late teens, she moved to Paris where she studied film and worked with French film director Robert Bresson as his trainee assistant.

On the profound impact it had on her, she said: “I understood from that experience that with feature films unless you have a real big story to tell and understand how you are going to tell it, it was something I wasn’t very good at.

“You could not imitate Bresson and when you are in front of such a master, you really realise what your forte is – and mine was recording reality not creating it.”

In 1986 back in the UK, Nasreen produced and directed the popular TV docu-series ‘Movie Mahal’ for Channel 4 and went on to create other series with a firm focus on Indian cinema.

“The first programme aired was Sholay – I will never forget; it was a proud moment and it got 2 million views, which was big back then and all the letters came pouring in.”

Taking the conversation into other aspects of her life, Basu led viewers into Kabir’s world of book-length interviews with some of the greats of Indian cinema.

“I am always talking about the overall of their work, not about the here and now. I wanted a sort of biography taking place but concentrating on their work,” explains Kabir.

And her advice on conducting an engaging interview: “Surprise those who you are interviewing – you need to make them forget the camera, so they get absorbed in your questions.”

Among her other achievements is documenting the life of filmmaker Guru Dutt, one of the greatest icons of Indian cinema.

She reflects: “When you see a film of his you recognise in a matter of minutes a cinematic style and voice; an extraordinary mastery in cinema. Because I was somewhat trained in France, I could recognise that type of language more than the songs.

“I could see he understood shot compositions and then slowly it became an obsession and I did a documentary about him. I met 35 people over 12 years before I could do it.”

Her passion project lives on in the form of ‘Guru Dutt: A Life in Cinema’, in which she traces the life of this unusual man through accounts of his films and a series of interviews with his family, colleagues, and friends.