Bridging the knowledge gap in India

Bridging the knowledge gap in India 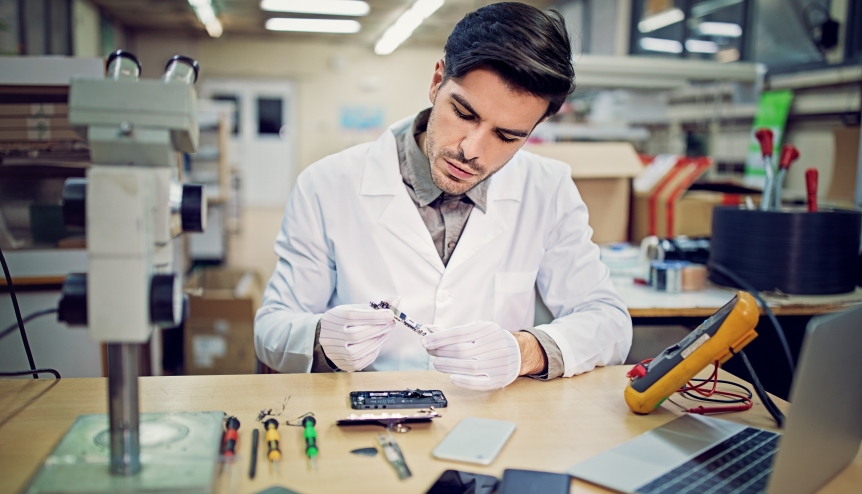 The University of Warwick, in collaboration with Denmark’s Novo Nordisk, has launched a fully-funded Doctoral Training Partnership scheme for Indian graduates with a vision to further diabetes research in India.

Non-communicable diseases (NCDs) are projected to contribute to 75 per cent of all global deaths – by the end of next decade. Of these, 80 per cent will happen in low- and middle-income countries (LMICs). Type 2 diabetes (T2D) is the leading contributor of NCDs, along with hypertension and cardiovascular disorders (CVD). India, being one of the most populous countries in the world has the second-highest number of adults living with T2D, with its prevalence estimated to cross 100 million by 2030. This worldwide epidemic of T2D now includes even rural India where the rates of increase are second only to the Middle East.

Similar to T2D, diabetes in pregnancy (usually referred to as Gestational Diabetes Mellitus; GDM) is rapidly increasing across the world. The International Diabetes Federation estimates that around 24 per cent of live births in India are currently being affected by GDM. However, the prevalence in our ongoing STRiDE study (funded by the UK Medical Research Council) is more than 30 per cent – even in the low socioeconomic strata of the population. Women with GDM have a 7 to 12 times higher risk of developing T2D and a two times higher risk of CVD. Their offspring also seem to be ‘adversely programmed’ and are on the trajectory to develop NCDs. Indeed, they have a two to six-fold higher risk of developing obesity and T2D in their early adulthood. It is therefore vitally important to understand the mechanisms of this ‘intergenerational programming’ of NCDs – in order to enable better prediction and targeted intervention to prevent T2D and CVD.

More than 90 per cent of GDM pregnancies happen in LMICs; of these, a majority happen in South and South East Asia. In India alone, this equates to around 5 million births per year. However, despite India’s rapidly increasing literacy rates, the country does not possess enough intellectual capital to deal with this burden. Specifically, it simply does not yet have the level and variety of research skills vital to the understanding of the mechanisms of GDM and T2D, understanding the barriers in the nutritional, cultural and socioeconomic aspects and identifying the best route to deliver the translational science of this. In order to develop and sharpen these intellectual skills (some of which already exist in various STEM and medical disciplines in India), careful investment is required. This not only brings opportunities for academic and other institutions in both countries but more broadly also provides opportunities for industries, NGOs and philanthropists to join forces to improve this intellectual capital and further build translational research capacity in India.

After having done my basic medical degree at Stanley Medical College in Chennai, India, I came to the UK to pursue my speciality training in 1995. I soon realised that the bulk of the evidence base for managing patients with T2D and GDM came from studies in the Western hemisphere. For the past 14 years, I have pursued my passion for developing an evidence base for Indians, through the setting up of studies in India funded by the UK Medical Research Council. Utilising this platform, I have worked on building research capacity through a three-way collaborative partnership between the University of Warwick, Novo Nordisk (Denmark) and some of the highest tier of diabetes institutions and NGOs in Chennai, India. To truly develop a broader intellectual capacity, I strongly believe that the fieldwork for the PhD has to happen in India. This reasoning motivated me to establish the PhD training programme in the following way.

Students will spend up to two and a half years of field study in India and one year of training and mandatory courses at the University of Warwick. They will spend the first three months at Warwick for their initial training and then periodically to ensure adequate supervision, progress and cross-learning opportunities with other PhD students and academics in Warwick. The students will receive a stipend in line with the recommendation by Research Councils for their period in the UK and matches that of the Prime Minister’s PhD fellowship in India. Novo Nordisk has agreed to take on the cost of three fully-funded PhD scholarships (worth £500,000) and further funds for six more will be released in late 2020 once the programme’s success is established.

In the first round, nearly 100 applications were received; 20 students were interviewed in January 2019 and three were selected – all from STEM disciplines. They will be carrying out their fieldwork in the Madras Diabetes Research Foundation, the Institute of Mathematics and the Voluntary Health Sector Hospital in Chennai, India. They started their PhDs in October 2019 and are currently carrying out their fieldwork.

These projects vary from the ‘Personalised prediction and management of Diabetes in Pregnancy’ to the ‘Prediction and prevention of childhood obesity’ and ‘how AI can help to unravel the complex mechanisms involved in the development of these conditions’. Future programmes will include ‘The role of environmental pollutants on the risk of GDM and childhood obesity’, ‘Developing novel innovations that can reduce the cost of managing T2D and CVD’ and many other unanswered questions in the field of NCDs.

I truly feel privileged and have great excitement in the setting up of this, the first-ever fully-funded Doctoral Training Partnership programme, solely for Indian graduates. My five years of hard work in establishing the programme are well worth it, especially when observing the passion of three bright, budding scientists in learning new skills. Unfortunately, there are certain financial limitations to the extent we can currently expand this programme. To offer this not only life-changing but globally crucial opportunity to other students in institutions across India, we require the support of businesses and philanthropists. Without further funding, the expansion of this programme India-wide will simply not be possible.

Ponnusamy Saravanan is Professor of Diabetes, Endocrinology & Metabolism and Director of the International Doctoral Training Program at the University of Warwick.

About the Author: Ponnusamy Saravanan