All that glitters is not gold

All that glitters is not gold 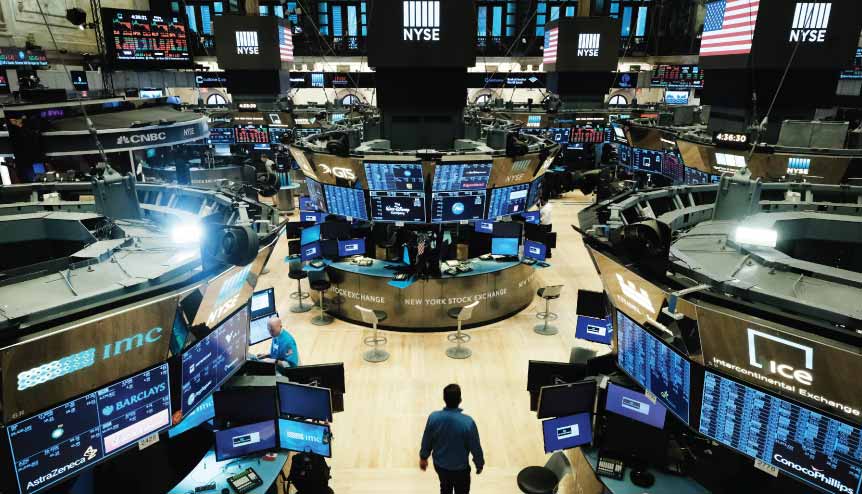 This is the fourth part of the six-part series on the equity markets outlook. We covered historical comparatives on valuation, fundamental economic outlook, and positive factors including intervention measures in the first three parts. In this part we sum it up, with additional perspectives for the long-term. 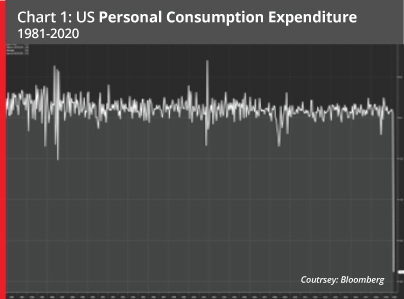 The month-on-month readings for US Personal Consumption Expenditure (PCE) cratered to -7.5, its lowest point on record (see Chart 1) by end of March 2020. This reading portends further weakness in the second quarter. Amongst other things, liquidity infusions by the US Fed, and stimulus measures from the Federal Government are intended to provide cash flows to households to avoid bankruptcies, and keep the demand going once the lockdowns end. M2, the broad measure of liquidity in the US economy grew at its fastest pace on record at 18 per cent year-on-year. However, despite record liquidity infusions, concerns remain that demand may not pick up, as much as expected for a couple of reasons. 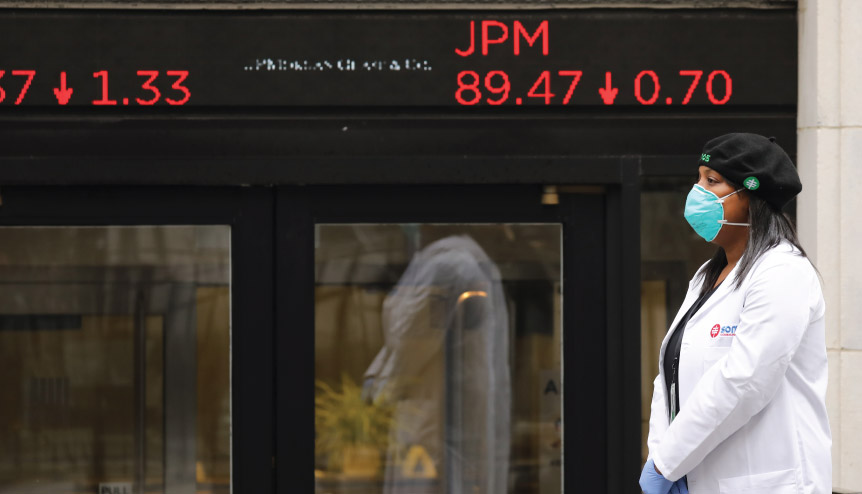 70 per cent of the US economic activity is from consumer spending. So, if demand does not pick up during the next quarter, it is likely that there is further stimulus and monetary expansion in the US. The public debt in the US, as a percentage of GDP was at 107 per cent at the end of 2019. It will likely top the record-highs seen after the second World War – 120 per cent before end of this year.

Depending on the extent to which these factors play out, we could see parts of the yield curve in the negative territory, together with recession. In some ways, a lot of this is continuation of the theme of the past decade where central bank policies have struggled to produce inflation and strong nominal growth, and the Covid-19 crisis trips the situation into a vicious loop.

While that is the near-term outlook for prices of goods and services, in the medium to long term there is also the possibility of the return of inflation, given supply side issues and cost-push factors (described in one of my previous columns, here), together with the substantial level of liquidity in the system, if pent-up demand returns back.

The dynamic described above is showing us an outlook where corporate earnings struggle to meaningfully grow in the near to medium term.Over the next few years this weakness will likely reflect in equity markets, which presently are factoring in a V-shaped recovery that brings the economy back to where it was pre-Covid-19.

However, in the near-term (as described in my previous column “The ‘Powell Put’ and more”), the largest impact on stock prices at the margin is from liquidity. The correlation between the growth in the US Fed balance sheet and markets (please see Chart 3, reproduced from the piece on Interventions) could drive the near-term equity market outlook. That together with news that is likely positive at the margin will extend the rally in the near-term.

We have not seen inflation in the price of goods and services, despite all the liquidity infusions since the global financial crisis. However, we have witnessed inflation in asset prices instead. This suggests that given the low velocity of money, the only area where liquidity has had an impact is in financial markets. The resultant divergence between equity markets and the real economy has therefore continued to widen, which dynamic extends in the near-term. However, given the demand dynamics, together with the other aspects highlighted in the piece on the fundamental outlook, this divergence is likely to correct in the medium-term. We should also remember that corporate share buybacks were at record highs getting into 2020, with over $ 700 bn in S&P 500 share buybacks in each of 2018 and 2019. This seems unlikely to recur to this extent in the coming years.

These factors overall, between large increases in the US Fed balance sheet, significant liquidity in the system, and importantly low velocity of money lead us to the question of the value of fiat money. Liquid money has not been able to stimulate growth over long periods of time, and neither is it likely to generate meaningful yield given low interest rates. Therefore, fiat money is progressively losing its value in real terms. This dynamic will worsen if inflation does come back, resulting in further erosion in value. Chart 4 from Bloomberg shows the S&P 500 expressed in gold terms from 1981. In effect this is a strategy where you buy equities and sell gold. This chart shows equities having peaked, relative to gold by 2000, after a strong 20-year rally. It has subsequently entered a long-term bear market, which saw a low after the Global Financial Crisis. It has since reflected a bear-market rally that started in August 2011, which is now getting into a correction phase. 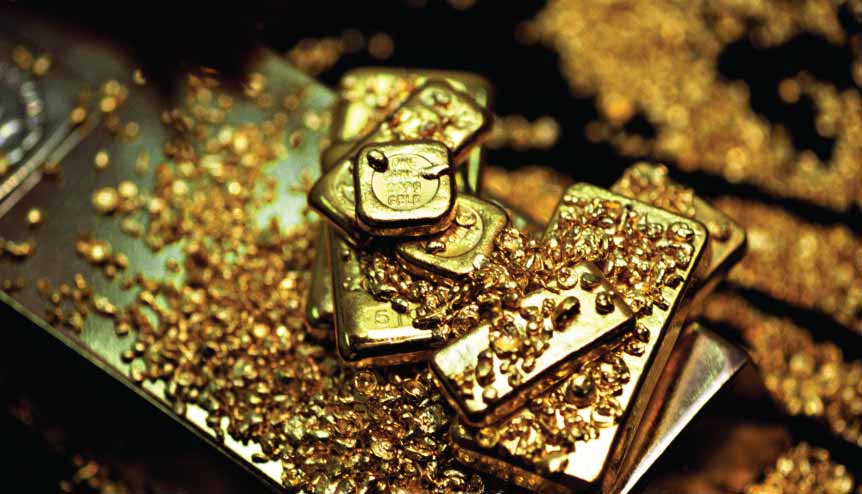 What is behind this movement? Between 1981 and 2000, there was moderate expansion in M2 and increase in the velocity of money, thereby enhancing the value of equities. However, since 2000, we see that the velocity of money has been coming down, thereby pulling down the “real” value of equities, ie, in gold terms. The significant boost to liquidity via quantitative easing, after the global financial crisis, helped push up equities, but the incremental growth has slowed given continued fall in the velocity of money. So that is food for thought, as you reflect on portfolio construction, as just the fact that equities are rallying, even if they continue to do so for a bit longer, doesn’t really mean your portfolio is equally enhancing in value, in real money terms.

So, going back to the first question, at the beginning of the series: To sell, or not to sell? As far as the US equity markets go, the outlook is for equities to be correlated to intervention measures and liquidity infusion in the near-term, but over the medium-term, we are likely to see a meaningful correction. There are three subtleties to this view:

Lastly, one early indicator to watch out for in order to know which direction things are heading would be the bond markets. If we see medium-term interest rates heading to zero, then things are in serious trouble.

* Tomorrow: After having discussed the US markets over the first four pieces, the next part covers the fundamental outlook for the Indian economy.

** Disclaimer: The thoughts in this note are not meant to provide, and do not purport to be, investment advice but are rather in the nature of a narrative about the economic and financial markets.