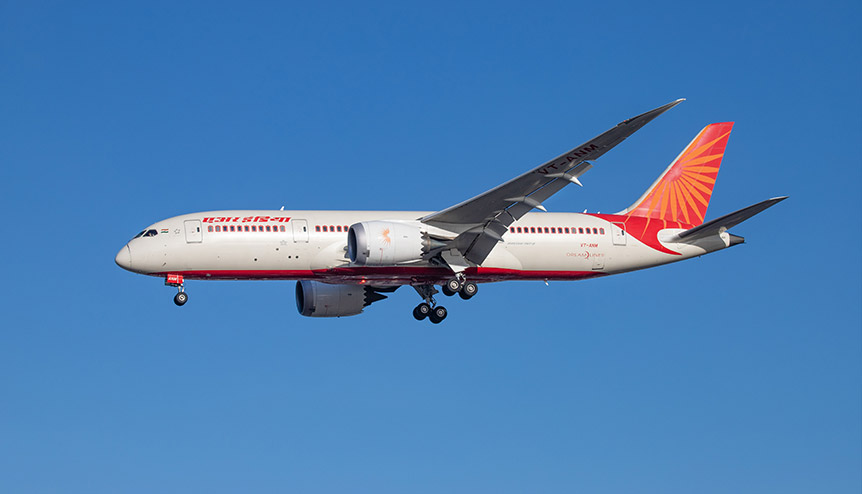 India has signed bilateral pacts with the US, the UK, France, Germany and UAE to allow specified categories of travellers to fly to and from these nations to tell the world that it is once again open for business. 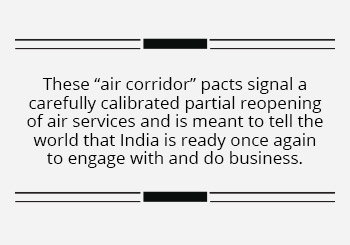 India has established “air corridors”, also known as “air bubbles” to resume aviation services with countries such as the US, the UK, France, UAE and Germany but not everyone can travel to and from these countries. India Global Business will explain the details of what these air corridors are, who can travel, under what circumstances and what this means for the sector.

The Indian government, which has been very proactive in dealing with the Covid-19 pandemic, had banned all domestic and international flights in March, around the time it imposed a countrywide lockdown to contain the outbreak of the virus. However, cutting off all air connections with the world can, at best, be a temporary measure to deal with a crisis. 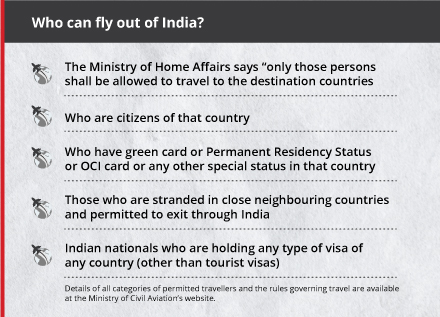 These “air corridor” pacts signal a carefully calibrated partial reopening of air services and is meant to tell the world that India is ready once again to engage with and do business with the world. India’s Minister for Civil Aviation Hardeep Singh Puri first announced air bubble agreements with the US and France in the middle of July. Under these pacts, bilateral international flights to and from these countries would be allowed. Since then, India has signed bilateral air corridor agreements with the UK, Germany and the United Arab Emirates (UAE) as well. These pacts will contribute to bringing the Covid-hit economy back to normal and help resume normal economic activity with these countries. 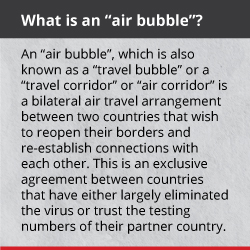 Apart from the “air corridor” agreements that the Indian government has with the US, the UK, France, Germany and the UAE, it is also considering pacts for allowing bilateral air travel with a few other countries. However, the names of these countries have not yet been revealed

The Baltic nations, Estonia, Lithuania, and Latvia, were among the first countries to create ‘air bubbles’ albeit for domestic travel only. The UK has “air corridor” pacts with as many as 59 countries. The New York Times reported that the European Union is considering resumption of air connectivity with select countries in order to revive their economies. However, the US and India may not feature in the list of nations with which it signs “air corridor” agreements because of the high incidence of Covid-19 cases in these countries. 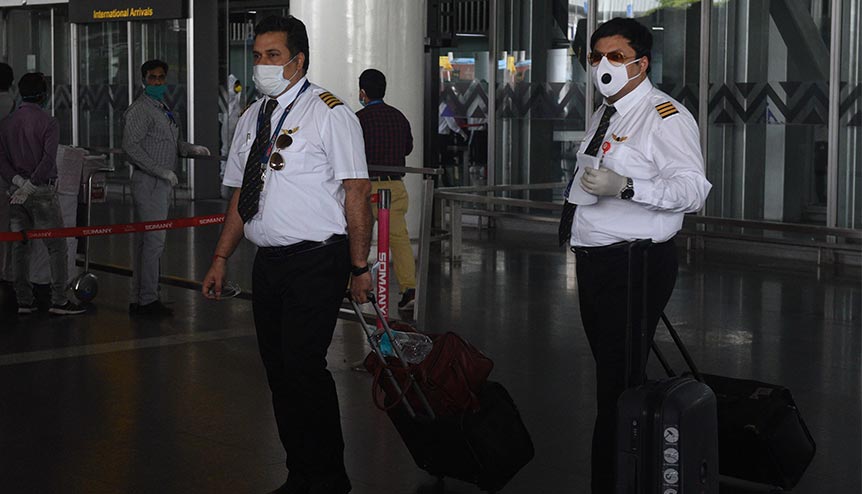 Air India crew exit Netaji Subhash Chandra Bose International Airport after a repatriation flight from the US under the Vande Bharat Mission initiative landed. The Indian government agreed to open “air corridors” because the US authorities placed strict restrictions on Air India flights that were repatriating Indian citizens stranded in the US.

Return to normalcy will take time

However, experts expect it will take a considerable period of time before international flights resume normal operations and people are allowed to travel to destinations of their choice at will. Curbs on even domestic air travel will be lifted only in a calibrated manner. Civil Aviation Minister Puri told the media that domestic flights would be operating at 55-60 per cent of their pre-Covid capacities by Diwali, ie, by November. 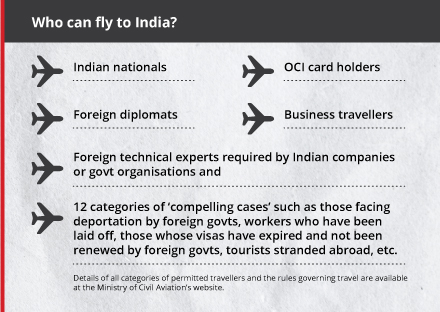 Who can avail of ‘air corridors’

There is still considerable confusion on who can fly to foreign destinations and who can fly into India. As of now, travellers with diplomatic passports, people with business, employment or project visas and holders of Overseas Citizen of India (OCI) cards are among those being allowed into India. On outgoing flights, only citizens of the destination countries, Indian citizens having jobs or confirmed admission offers at educational institutions and having valid visas are being allowed.

However, tourists are currently not being allowed on such flights. For a detailed list of the categories of passengers who are allowed to board such flights, readers are advised to visit the website of India’s Ministry of Civil Aviation. 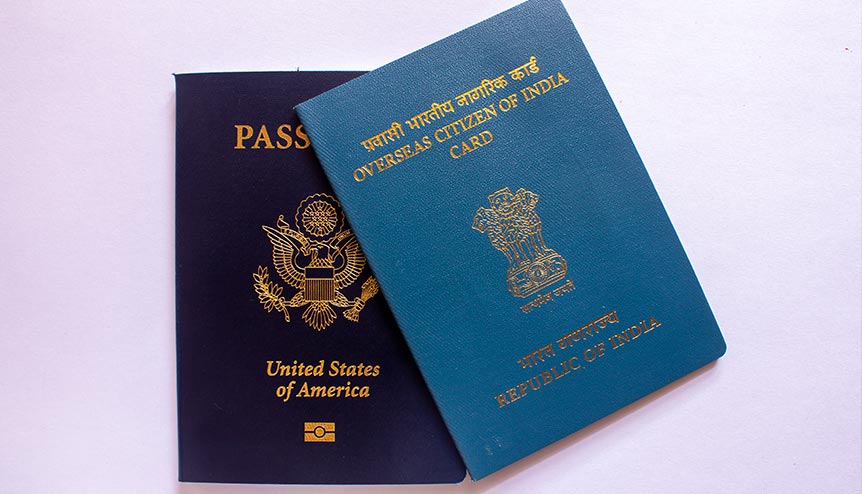 Curently, travellers with diplomatic passports, people with business, employment or project visas and holders of Overseas Citizen of India (OCI) cards are among those being allowed into India.

Why India entered into ‘air corridor’ pacts with other countries

The Indian government agreed to open “air corridors” because the US authorities placed strict restrictions on Air India flights that were repatriating Indian citizens stranded in the US. Washington accused India of operating these flights, called “Vande Bharat” in an unfair and discriminatory manner.

Theoretically, countries signing bilateral “air corridor” pacts accept the testing standards of the partner countries; so, there is no provision of quarantining incoming passengers. However, that is not the case in India. Many state governments have mandated seven days of institutional quarantine followed by seven days of home quarantine for all passengers coming flying into India,

There are several reasons for opening “air corridors” with partner countries. Experts say the most important of these is the economic imperative of resuming normal business contacts as they signal that a country is once again open for business.

There is, thus, every reason to be optimistic that more such “air corridor” pacts will soon be signed with other countries as well.