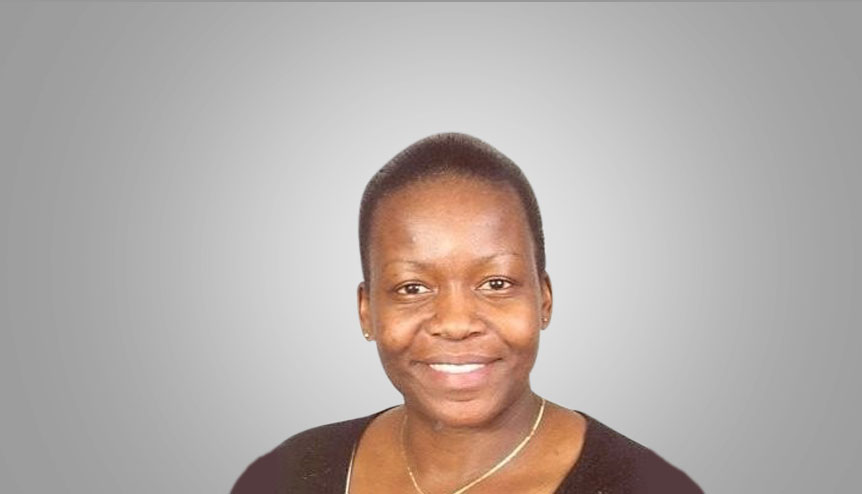 An International trade expert analyses the trade patterns between India and Africa over the years and charts the roadmap to booth bilateral investment.

A snapshot of Africa-India relations

Africa’s engagement with India dates back to pre-colonial times during the 10th century when enterprising Indian merchants began looking for markets to trade their commodities. Their initial contacts were with Egypt and African lands along the Red Sea. Both Africans and Indians who had initial contact became part of the Indian Ocean “circuit of trade.” During this time, Indian traders from the Gulf of Kutch used the North East and South East Monsoon winds to sail to Africa to trade and hence, they had a large presence along the east coast of Africa. In contrast, the presence of Africans in India during this time was largely due to slave trade.

Secondly, both Africa and India had faced common historic struggles against imperialism, colonialism, decolonisation, and western exploitation. Due to similar historical experiences, they were involved in the Bandung Afro-Asian conference in 1955, which was instrumental in the formation of the Non-Aligned Movement. The aim of this movement was to support independence from power blocks and reflect the voice of the developing world. During this time, the political ideologies of non-violence and peaceful resistance, advocated by Mahatma Gandhi, guided the relations between India and Africa.

Respective economic liberalisation eras in most African countries and India resulted in more pragmatic relations that have since begun to mature into economic diplomacy. India commenced its economic liberalisation reforms in 1991 and stressed economic cooperation with Africa in the areas of trade, technology, and education. Both India and Africa have policies that promote mutual economic diplomacy; at one level, India’s foreign policy objectives remain, “the creation and consolidation of strong economic bonds among countries of the South and the use of India’s relative economic strength for development of these countries on a mutually beneficial basis.” On the other hand, Africa’s Agenda 2063 put forward by the African Union (AU) provides a strategic framework that commits to seeking mutually beneficial relations with other regions of the world in a manner that complements Africa’s overall transformation and integration efforts.

The AU has several initiatives to help achieve these objectives, key among them are: The 1991 Abuja Treaty that established the African Economic Community and further provided the framework for continental integration; the Programme for Infrastructural Development in Africa (PIDA) that works towards Africa’s connectivity, the Comprehensive Africa Agricultural Development Programme (CAADP) and The New Partnership for Africa’s Development (NEPAD). These initiatives commonly seek to promote economic cooperation with other regions through the African Continental Free Trade Area (CFTA). Through this organised cooperation framework, the Indian private sector has the advantage of trading and investing in a potentially larger and unified market, with simplified trade and investment rules that facilitate deeper development cooperation.

There are several initiatives that have been launched by the Government of India to foster trade and investment relationships between Africa and India. First is the ‘Focus Africa’ programme, which was launched in 2002 with the objective of tapping the existing trade potential between India and the sub-Saharan African region, in order spur growth between the two partners. Secondly, the launch of the India Africa Business Council in March 2012 in order to enhance trade and investment cooperation in the following sectors: agriculture, manufacturing, pharmaceuticals, textiles, mining, petroleum and natural gas, information technology, gems and jewellery, financial services (including microfinance), energy, roads and railways , provides African countries with an opportunity to emulate India’s public private partnership (PPP) experiences through knowledge sharing and information and technology transfer.

Another initiative that seeks to promote India Africa trade and investment is the SITA (Supporting Indian Trade and Investment in Africa) initiative being implemented by the International Trade Centre (ITC). This project commenced in March 2014 and is expected to end in March 2020. The overall objective of SITA is to increase the value of business transactions between India and selected East African countries by creating productive capacities and enhancing incomes. This project seeks to enable most East African countries deal with some of its private sector challenges related to the low level of technology since it focuses on leveraging on India’s experience to share knowledge and technology that will improve competition in the value chains in sectors such as leather and clothing and apparel. What is not clear in this project is whether the South-South Cooperation will enhance African countries’ participation in the global value chain.

Obtaining bilateral investment data remains a major challenge for economies globally. The UNCTAD remains the only institution that has investment data, even though most years are not available to facilitate time series analysis. Conventionally, it has been known that other countries invest in Africa; however, Africa is also in investing in other countries like India (Africa’s FDI stock in India is presented in Figure 1). Generally, North African countries (Algeria, Egypt, Tunisia, Morocco, and Libya) have more FDI stock in India as compared to other African countries in Sub-Saharan Africa. But for both cohorts of African countries, the FDI stock has been increasing. In 2014, the top five African recipients of Indian FDI was valued at $14,485 million, of which FDI to Mauritius was 93 per cent of the total. It is not clear in which sectors of the Indian economy these stocks exist, be that as it may. Between April 2000 and December 2015, the Reserve Bank of India found that Mauritius accounts for almost 34 per cent of total FDI (valued at $278 million), thus making it the top source of FDI to India.

Figure 2 further shows the FDI inflows from Africa to India. The lowest investment trends were recorded in 2003, after which there was a gradual rise to 2005, when there was a steep increase, with a steep decline in 2010. This increase was found to be due to increased investment inflows from Mauritius. In North Africa, only Morocco had investments in India, but the amounts were negligible as compared to Mauritius out of a total of Africa’s outward FDI to India worth $73,260 million, Morocco’s proportion was on 0.03 per cent while Mauritius investment was 99.6 per cent of the total. A common explanation for this increased direct foreign investment is what is known as the ‘Mauritius route,’ which is a channel used by foreign investors to invest in India due to the double taxation agreement (DTAA). In this agreement, all investors from Mauritius who invest in India are exempted from taxation in India, since they are taxed at home (in Mauritius). However, in Mauritius, investors with subsidiary companies in India are tax-exempt making Mauritius and India a favourable investment destination. The DTAA has become counter-productive since it serves as a conduit for other nationals to channel their investments to India through Mauritius. Nonetheless, with the amendment of DTAA by the government of India in June 2018, beginning April 219, capital gains from listed companies will attract tax at the full domestic rate of 15 per cent and 40 per cent for unlisted companies. This amendment would tackle treaty abuse, round tripping of funds attributed to the India-Mauritius treaty and revenue loss. 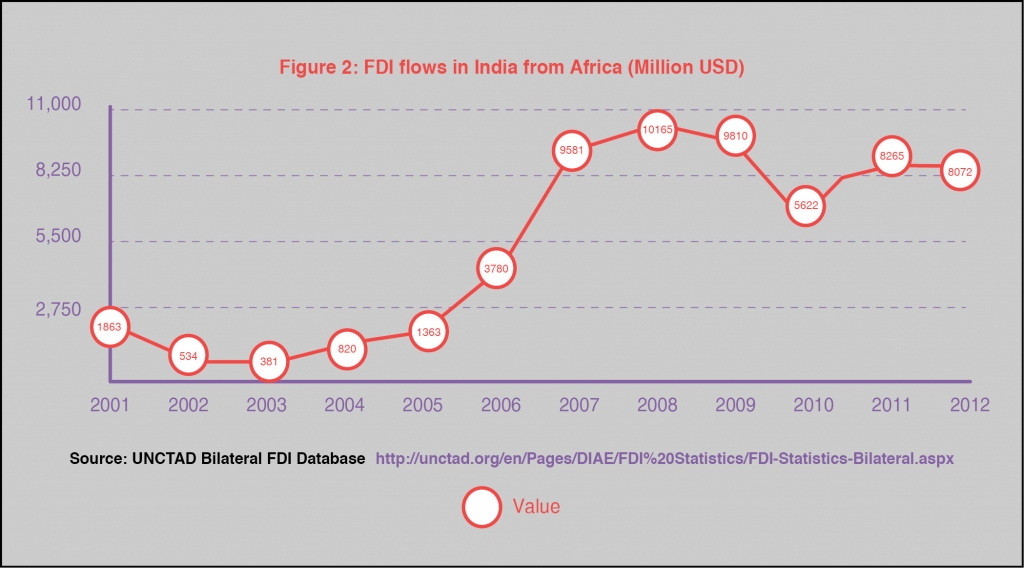 There are several opportunities for the African private sector and India to improve on trade and investment trends. However, like India, African governments at national and regional levels must get their respective and collective economic diplomacy right by ensuring there is a targeted policy of Africa’s economic interaction with India. The first challenge to address is that Africa is not a homogeneous country, but a continent made up of 54 countries that have different economic cooperation/diplomacy policies, and not all the 54 countries have such policies. It is important Africa, under the auspices of the African Union, develops a common economic diplomacy policy that caters to each country’s interests. This can be achieved by adjusting the established policies to suit individual country context. At the regional level, a common economic diplomacy policy that prioritises Africa’s strategic interest can be put in place. Specific recommendations that can promote the role of the African private sector in the India-Africa trade and investment corridor include:

This article is extracted from the article: Omolo Miriam W. O. (2018) “The Private Sector’s Role in Promoting India-Africa Trade and Investment: The African Perspective” in Securing the 21st Century: Mapping India-Africa Engagement https://www.ocppc.ma/sites/default/files/GP-ORF%20India-Africa_Web%20Version.pdf