Skip to content
How do we advance on #PressforProgress?

How do we advance on #PressforProgress? 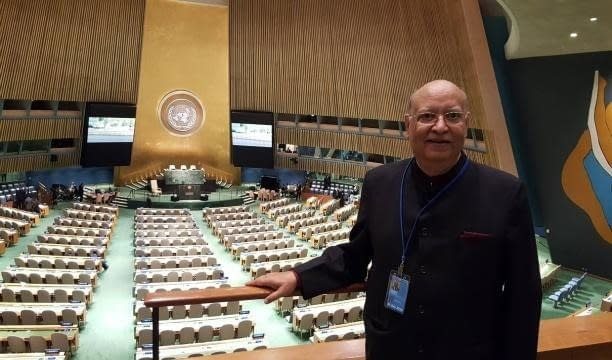 The Founder of Loomba Foundation explains why he is championing gender parity across all sectors around the Press for Progress theme of this year’s International Women’s Day.

The recent World Economic Forum’s 2017 ‘Global Gender Gap’ report has exposed shocking results stating that gender parity is over 200 years away. There has never been a more important time to take this issue up and keep motivated for #PressforProgress. And while we know that gender parity won’t happen overnight, one could remain optimistic about the growing global movement of advocacy, activism and support.

It was for this reason that I participated in an important debate initiated by Baroness Williams of Trafford at House of Lords on March 8, marked as International Women’s Day to drive gender equality forward and utilise the momentum of mass media coverage to push for change globally, in all countries, at all levels and within all spheres of life.

Over the years we have been talking about gender inequality, the pay gap, domestic violence, human trafficking, modern-day slavery and sexual abuse against women and girls in areas of conflict by the powerful against the powerless. These are all uncivilised and barbaric practices that we are grappling with even in the 21st century.

A report published by the United Nations last year stated that gender inequality persists worldwide, depriving women and girls of their basic rights and opportunities. One of the key areas that a lack of progress affects is the United Nations Sustainable Development Goals (SDGs) that our government are firmly committed to delivering, both at home and around the world. To ensure that we deliver on SDGs, there is a need for more than just the Department for International Development (DfID) covering these points: there needs to be some coming together between the various organs of government to facilitate a cohesive process that keeps the commitment on track both at home and abroad.

The Independent Commission on Aid Impact monitors DfID’s work and highlights areas of concern or where aims are not met. However, surely for something as important as the SDGs, which affect both home and abroad, there should be some form of consolidated approach from all departments in government. This is particularly so for goal No. 5, which aims to: “achieve gender equality and empower all women and girls”.

Though the fight continues to educate and empower women and girls, the issue of widowhood remains underrepresented and unaddressed. Millions of widows suffer social marginalisation, higher susceptibility to disease, the loss of their livelihood or their children and the threat of death, to name a few of the experiences that women and girls across the world must endure as a result of a tragic event over which they have no control—the death of their husbands. Sadly, widows are victims of double discrimination: they are women and they are widows.

These grave injustices are most prominent in the developing world, thus becoming a critical absence in the development agenda. These women and girls have been excluded not only from their own families and ​societies but from the agendas of development experts and practitioners across the world who devote their careers to ensuring that no one is left behind. Many of these women and their dependants live a vicious cycle of poverty. They are unseen and most certainly left behind.

We have made great strides in alleviating poverty since the inception of the United Nations Millennium Development Goals (MDGs) but not so much with stopping some of the terrible things that happen to women, either in conflict or often in the security of their own home. There needs to be a step change in attitudes; we need to do more at an earlier stage. While we are focusing on the education of girls, 64 million of whom, it is well documented, are not in education globally, perhaps we should turn some of our attention to educating boys and ensuring that the message gets to them at an early age about what is and is not acceptable behaviour. 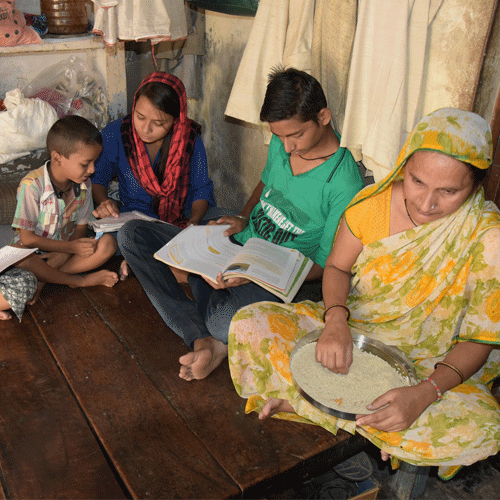 It is really and truly only by bringing the other half of the population on board that we will make real progress. The UN, in collaboration with the EU, has initiated the Spotlight Initiative, which aims to eliminate all forms of violence against women and girls, shining a light on these issues in order to make change happen. I asked the House of Lords if this is something that DfID is also involved in?

To press for progress is a huge challenge, considering how slow the real progress has actually been. Last month, to commemorate 100 years since the first Act of Parliament to allow certain women the vote, many peers in the Lords, myself included, lamented the slow progress that we are making to ensure that women’s voices are sufficiently heard at the highest level. As we noted in that debate, women still have not gained equality in this House and the other place.

With the recent revelations about pay inequality at the BBC, it would appear that we are only paying lip service to real gender equality. If we are to truly make progress, we need to set an example — if we cannot do it ourselves, how can we ask others to do it?  We really must get our own house in order first and ensure that there is gender equality here to improve matters for women and for their complete participation in the democratic process. Alongside this, we must bring in better education for boys, so that they fully understand and take on board the message, to allow real change and make real progress.

I have questioned the government on steps it would take to stop paying lip service and do deeds, to press for progress for gender equality here and abroad. If we are to truly make progress, we need to set an example. If we cannot do it ourselves, how can we ask others to do it?

We really must ensure that there is gender equality here in the UK, to improve matters for women and for their complete participation in the democratic process.

Lord Loomba is Founder and Chairman Trustee of the Loomba Foundation, a UN accredited global charitable organisation which campaigns for the rights of widows and their children around the world.

About the Author: Lord Loomba