India’s proactive Act East policy hinges heavily on the ASEAN free trade group and it is the many emerging economies in this collective that offer growth opportunities for Indian companies.

ASEAN is pegged as India’s fourth-largest trading partner and India its sixth largest. The annual trade between India and the collective declined from $76.53 billion in 2014-15 to $65.04 billion in 2015-16, essentially due to declining commodity prices amid a general global economic slowdown.

In September this year, addressing the 14th ASEAN-India Summit in Vientiane, Lao PDR, Prime Minister Modi said: “Our partnership with ASEAN seeks to craft a response through coordination, cooperation at multiple levels.”

India and ASEAN have 30 dialogue mechanisms which meet regularly, including a summit and seven ministerial meetings in Foreign Affairs, Commerce, Tourism, Agriculture, Environment, Renewable Energy and Telecommunications. This remains significant at a time when China is involved in disputes with the Philippines, Vietnam, Taiwan, Malaysia and Brunei over ownership of territory in the South China Sea, a busy waterway through which half of India’s trade passes.

According to the Observer Research Foundation, India’s Free Trade Agreement (FTA) with ASEAN, which kicked off in January 2010, is perhaps the country’s most important trade agreement.

Indian companies have had a presence in the region since the late 1960s when the $40-billion Aditya Birla Group made its pioneering forays into Thailand with the setting up of Indo Thai Synthetics Company in 1969. Reserve Bank of India (RBI) data points out that ASEAN attracted one-fifths of India’s total investments of $22 billion in 2015-16 and India’s cumulative foreign direct investment (FDI) to ASEAN was $52 billion from 2008-09 to 2015-16.

Singapore remains the most attractive destination for Indian FDI, with the automotive sector making some distinct forays into the region. Experts believe it is time for a more proactive approach by Indian firms in forming new joint ventures and strategic alliances with local entrepreneurs to make the most of this vast market place.

According to the World Bank, Cambodia allows 100 per cent foreign ownership in most sectors and is the most open country in the region. There is also a significant variation among sectors in the ASEAN region, with manufacturing being the most open and services most protected.

Malaysia is fast emerging as a major manufacturing hub for India’s pharmaceutical companies for exports to South-east Asia. Thailand and Indonesia are important markets for India’s two-wheeler auto companies.

Vietnam along with Myanmar, Laos and Cambodia are all projected to be the next big frontiers for Indian investments.

Besides, the year 2017 will be milestone marking 25 years of India’s dialogue with ASEAN and besides a series of commemorative activities there is much to look forward to in the New Year. 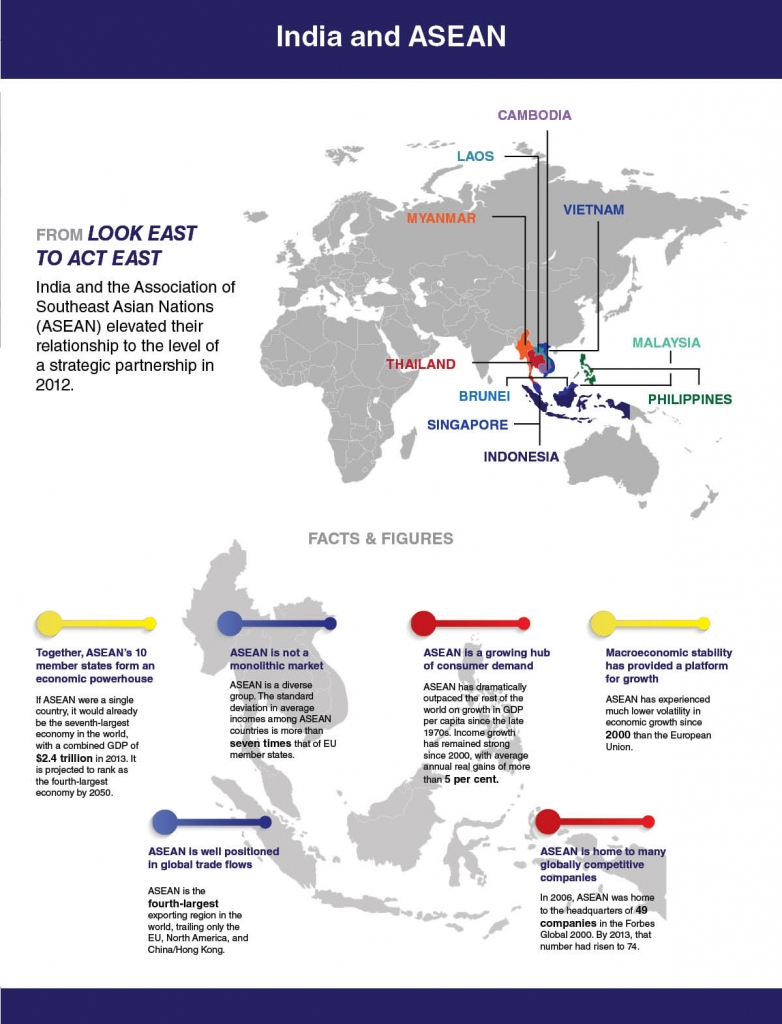