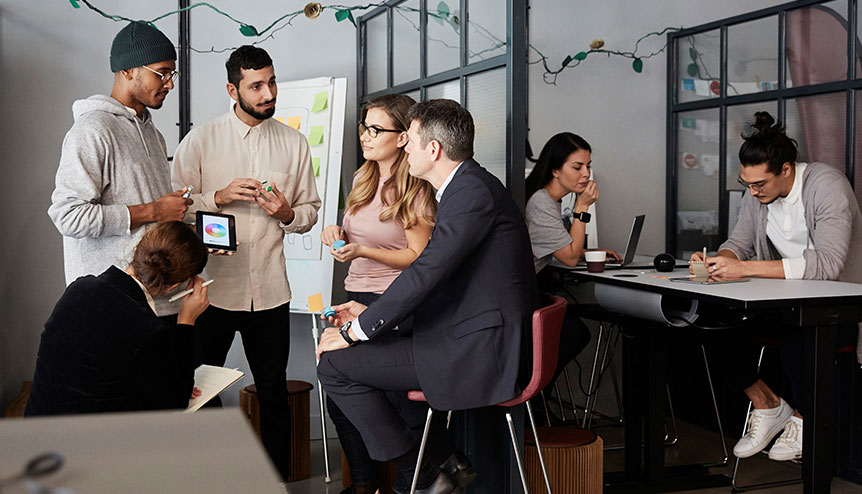 Technology start-ups and investment banks have had paths which seemed parallel till now. Recently, more banks are looking to do business with growth companies. Is this a passing trend? Or is it here to stay?

It’s 11 pm, you are having a blast at a house party with friends from your language class. There are no signs of the party dying down. Suddenly, you get a call that your peers from your boxing group, ‘Upper Cuts’ (apologies for the makeshift brand name) are joining. They are all fun, but you have only hung out with them separately. You are not sure if the groups will mix well. Will there be friction? Or will there be a new spark in the party?

Technology start-ups and investment banks have had paths which seemed parallel till now. As tech companies start to dominate conversations around capital raising and M&A, the paths seem to be converging. Why is that the case? And why now?

This has actually been brewing for a long time. Banks like Goldman Sachs, Morgan Stanley and JP Morgan have been working with ‘earlier stage’ tech companies for a while. For example, in 2018, JP Morgan advised OYO rooms with their $1-billion fundraise. Also, in 2018, Morgan Stanley advised Uber when it raised $1.5 billion in debt from investors.

Recently, news of more banks coming into the fray has gained momentum. News reports have highlighted banks such as UBS and Bank of America setting up teams to advise private companies on fundraising and other financial services. Lazard recently set up its Venture Growth team to focus on European technology scale-ups.

You will not be blamed for thinking if this is a trend. I will go as far as to say that this trend might be here to stay. A number of underlying factors that have developed over the last few years might continue to support this trend.

First, the scale of Venture Capital investments is not just limited to the US now, it has reached most parts of the globe. China, India and Europe saw record funding from VC firms in 2019. Large funds managed by Softbank, Sequoia Capital, among others are now available to successful entrepreneurs looking to raise hundreds of millions or sometimes billions of dollars for scaling. This means that companies now have the choice to stay private for longer and avoid the extra scrutiny that comes with public markets. I had pointed this out in an article I wrote in 2018 that companies like Apple and Amazon listed their shares four and three years after their founding, whereas now it is not uncommon for a tech company to stay private for 10 years or more.

This has a direct effect on the number of IPOs and the fees that investment banks make from it. Global IPO fees fell by 13 per cent y-o-y in 2019, accompanied by a 28 per cent drop in the number of new listings.

Furthermore, deals in the venture world are becoming larger by the year. As per the Venture Pulse report by KPMG, 110 unicorns were created in 2019. Mega rounds of over $100 million are now a common sight and have seeped into jurisdictions such as Netherlands, France and Lithuania in addition to the usual suspects like the US, the UK, Israel, among others.

Thus, an environment which could be detrimental to an investment bank’s revenue stream, has now presented itself as a great opportunity for additional income. Working with these companies early in their lifecycle might not translate into large cheque sizes at first but will likely ensure repeat business as the high-growth companies remain hungry for funds, acquisitions and other similar financial products. Furthermore, banks which support a company in its early stages, tend to remain in the league table when the companies become large enough to list their shares on the public markets. As mentioned before, Morgan Stanley, which supported Uber in its early days, ended up advising the company on its IPO as well.

This can only be good for the whole ecosystem as it represents maturity in tech companies. Banks which work with a company from its earlier stages will have better advice for them when they do list on the public markets or when they look for acquisition targets or other sources of financing.

So, at 11pm, the party might just be getting started.

Vaibhav Kapoor is a finance and strategy professional with c.12 years of experience divided between financial services and technology/tech-focused roles.