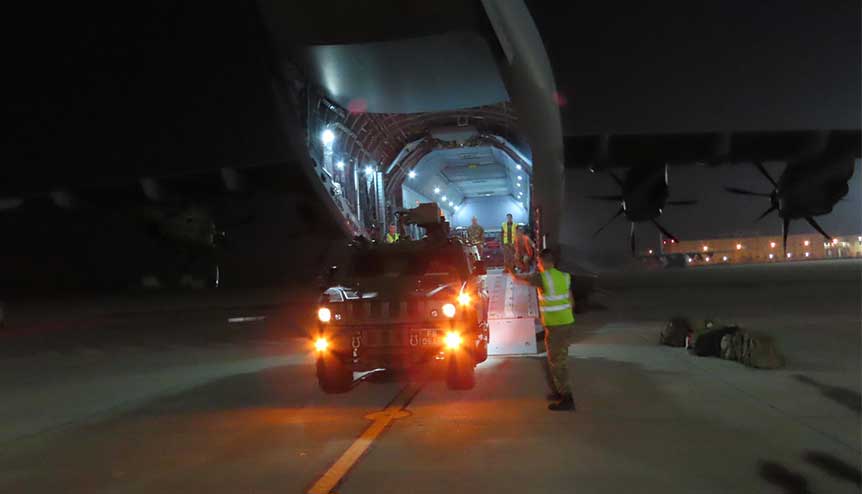 The India-UK defence collaboration has enhanced in recent years to strengthen combined expertise across a range of fields, including counter-terrorism operations.

The UK’s Royal Air Force (RAF) was recently in India for its regular Exercise Indradhanush, with the fifth edition marking an enhanced level of bilateral defence collaboration and a focus on counter-terrorism operations.

The theme of “Base Defence and Force Protection” for the joint exercise at the Indian Air Force (IAF) Hindan Air Base in the northern Indian state of Uttar Pradesh was targeted at enhanced operational capabilities for the air forces of both countries.

Wing Commander Lee Wales, Officer Commanding No. 8 RAF Force Protection Wing, said the RAF’s training alongside the Garud Regiment and the IAF Police and Security forces will strengthen relationships between both forces whilst exchanging tactics, techniques and procedures as well as demonstrating the UK’s armoured vehicle capability.

The RAF Police deployed on the exercise specifically to demonstrate the crucial role they play in securing and enabling the delivery of air power through cross-domain protective security and counter-intelligence.

The RAF Regiment demonstrated the Complex Air Ground Environment (CAGE) – the environment in and around an operational airfield and how a specialist force ensures the service’s capabilities and personnel are protected whilst enabling air operations.

Exercise Indradhanush is part of an ongoing bilateral UK-Indian Air Force exercise programme, which commenced in 2013 and takes place alternatively in India and the UK.

The RAF team comprised of 36 specialised combatants of the RAF Regiment while the IAF side comprised of 42 combatants of the Garud Commando Force, the special forces unit of the IAF. Both teams executed missions based on jointly worked out plans and scenarios. Both sides also exercised specialised weapons, equipment, and vehicles, and validate joint employability. The special missions deployed encompassed airfield seizure, base defence and anti-terror operations in urban built-up zones. These exercises included para drops from C-130J aircraft, tactical insertions by Mi-17 V5 helicopters, and use of various airborne sensors.

The joint exercises are a crucial aspect of the India-UK defence cooperation, which is set for a spike in a post-Brexit scenario as Britain looks to enhance its Make in India engagement. The 2021 version of the bilateral Naval exercise Konkan has already been dubbed as the “most complex and sophisticated” yet. 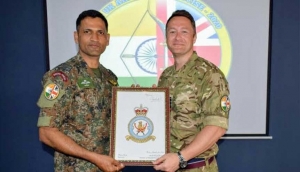 During a recent India visit, UK Minister for Defence Procurement James Heappey unveiled plans for a government-to-government agreement related to collaboration in developing a jet engine. India is known to prefer a government-to-government engagement model and therefore such an agreement, the details of which remain under wraps, is expected to set the framework for future defence deals.

Most recently, a memorandum of understanding (MoU) signed between the UK India Business Council and the Society of Indian Defence Manufacturers reaffirms the UK-India partnership’s intent for even more trade, made possible through strong economic and industrial cooperation between the two nation’s defence industries. It also seeks to promote a sustainable framework for present as well as future partnerships.

UKIBC Vice-Chair Richard McCallum said the MoU was aimed at building partnerships and capabilities in both the aerospace and defence sector and will support and build on the huge opportunities for collaboration that exist between the defence industries of the UK and India.

“Collaboration will not only advance India’s defence acquisition process but also foster long-term technology and hardware transfers. Our aim to boost India’s defence sector, which possess immense potential,” he said.

An Aerospace and Defence Industry Group, chaired by the UKIBC, has been formed with the support of the Defence and Security Organisation (DSO), UK Defence Solutions Centre (UK DSC), ADS Group Ltd, and the UK government’s Department for International Trade (DIT) to explore the potential further.

In 2017, India and the UK had agreed to cooperate in the development of advanced defence projects, including the gas turbine engine and air defence missile systems. Also, there is a collaborative project between engine maker Rolls-Royce and India’s Defence Research and Development Organisation (DRDO) on jet engine technology. 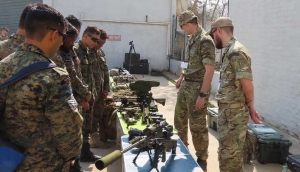 By collaborating and exploiting procurement opportunities together, both nations believe they would be able to benefit from technological and manufacturing capabilities and support long-term cooperation between their defence and security industries.

As Rahul Roy-Chaudhury, Senior Fellow for South Asia at the International Institute for Strategic Studies (IISS), notes, it is time for both countries to re-examine their ties in this sector to take advantage of new and emerging defence priorities and technological and industrial opportunities.