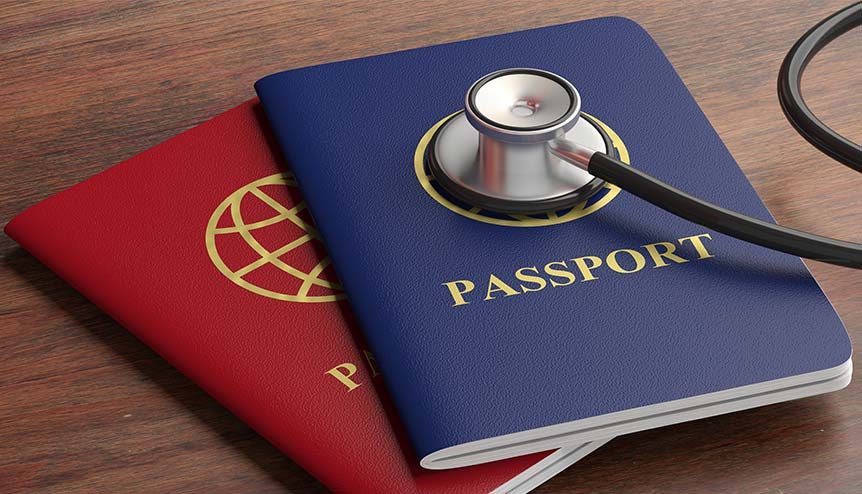 Britain’s leading doctors’ associations are calling on the UK government for an automatic fee-free extension of the short-term visas of many Indian doctors stranded in the coronavirus lockdown as they await their international qualification exams in the UK.

The British Medical Association (BMA) and British Association of Physicians of Indian Origin (BAPIO) issued a joint letter to UK Home Secretary Priti Patel this week to highlight the plight of around 220 overseas doctors, a majority from India. These young medics came to the UK to complete their Professional Linguistic and Assessments Board (PLAB) assessment earlier this year and remain in limbo following the suspension of their exams and international flights.

“These doctors, clinically qualified, ready and eager to work in the UK, had just this one final hurdle to cross before they were able to offer their vital skills and expertise to the NHS [National Health Service],” said Dr Chaand Nagpaul, BMA Council Chair.

“And with a bill of almost GBP 1,000 looming to extend their visas they will not only be disappointed and frustrated, but they will now be incredibly anxious as they face severe financial pressure. Given restrictions on international travel and the high cost of flights, returning home simply will not be an option either,” he said.

The BMA highlights that the NHS relies on these “talented international colleagues” and the postponed exams mean massive pressure not only on the doctors but also on the UK’s health service.

“In the mean-time the Home Office should do the decent thing and automatically – and without charge – extend the visas of this group of doctors, who are currently stranded with no income and at risk of financial hardship,” added Nagpaul.

Doctors who acquire their primary medical qualification outside of the European Economic Area (EEA) region, from countries like India, are required to complete a PLAB-2 assessment at the UK’s General Medical Council (GMC) headquarters in Manchester in mock hospital settings before they can be allowed to practise in the NHS.

The March 2020 PLAB-2 exams were postponed just as the Covid-19 pandemic struck, with visa extensions offered until July. With the exams not expected to resume until August, the BMA and other doctors’ groups have warned that a fresh extension until at least the end of the year is needed.

“We would urge you grant a further automatic extension, free of charge, to these doctors until the end of December 2020. This consideration would go a long way to ensuring these doctors are attracted to training and working in the NHS so in the long run such a goodwill gesture will most certainly pay off,” notes the joint letter, also signed by the Association of Pakistani Physicians of Northern Europe, the Nepalese Doctors Association, the Medical Association of Nigerians Across Great Britain, and the British International Doctors’ Association.

“Overseas doctors, as you will appreciate, form the backbone of the NHS and it is imperative that given the workforce shortages, we do all we can to accommodate these doctors. Their plight, far away from family, inability to work as doctors in this country or to be able to help their native country through these turbulent times, is not to be underestimated,” it adds.

In April, Patel had announced a fee-free one-year extension of visas set to expire before October 1 for international NHS and healthcare workers. However, short-term visit visa extensions are in force only until the end of July.

The doctors’ associations are calling for a similar empathetic approach for doctors who would eventually go on to make up the future workforce of the NHS.