Skip to content
Wrexit: Is the UK wrecking its own destiny?

Wrexit: Is the UK wrecking its own destiny? 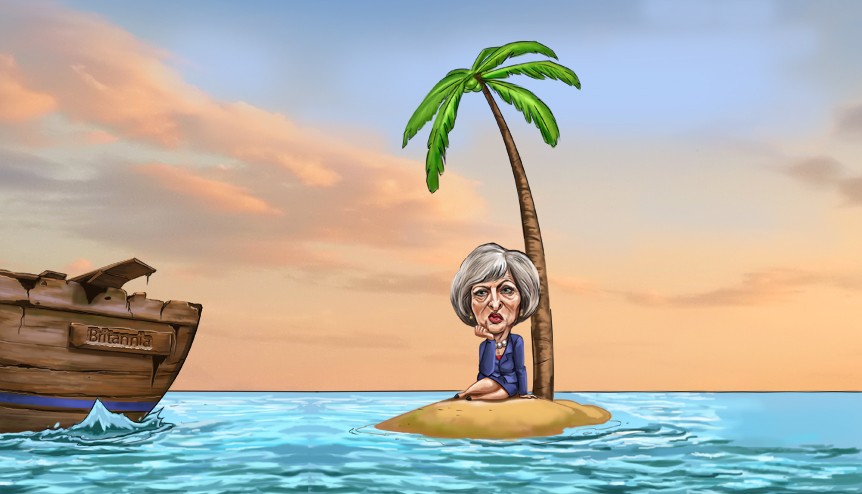 A bad Brexit deal, or none at all, can have severe consequences for the UK as an A-list economic power, writes India Inc. Founder & CEO Manoj Ladwa.

According to hardcore Brexiteers like the swash-buckling Boris Johnson, Brexit was supposed to herald a new bright era for Britain – unshackled from the EU, Britain would take back control of its borders, its laws and its destiny. British Prime Minister Theresa May, reconciling her own antipathy to Brexit, laid out a vision for a Global Britain. But as we end 2018, the outlook looks awfully different from the rising sun future that Johnson et al dreamt of.

Let’s face it, Theresa May inherited a poisoned chalice.  She was damned whichever way she went.  She now cuts a very lonely figure, encircled by political sharks. I don’t necessarily agree with her approach to the negotiations with the EU, nor the deal she has presented to the UK Parliament, but I am convinced that history will judge her much better and more kindly; and for that matter, David Cameron a lot worse.

Amber Rudd, a senior Cabinet Minister and aspirant to May’s job, has likened the prospect of a no-deal Brexit to a car crash. In the cover of the Yearend Edition of ‘India Global Business’, we depict this as Britain being shipwrecked on a deserted island – whilst Britannia once ruled the waves, today some very serious questions arise.

In some ways the current outlook for Britain harks back to the days of the early years of the 19th century when Britain withdrew from the post-1815 Concert of Europe after the Congress of Verona in 1822.

Does that sound familiar? It was George Canning, a contemporary statesman who later became Prime Minister of Great Britain in the 1820s, who made the decision to withdraw, which historian Harold Temperley summarised in his now immortal statement: “Non-intervention; no European police system; every nation for itself, and God for us all; balance of power; respect for facts, not for abstract theories; respect for treaty rights, but caution in extending them … England not Europe… Europe’s domain extends to the shores of the Atlantic, England’s begins there.”

Then, however, Britain was the world’s leading power and “splendid isolation” was a considered choice. Now, the situation is very different. Britain’s  future as an A-list economic power is inextricably intertwined with the fate of the rest of the EU and a bad deal or none at all can have severe consequences.

This, coupled with the Bank of England raising the very real possibility of a run on the pound, rising interest rates, crashing house prices, and the UK government announcing unprecedented peace-time contingency measures such as deploying troops on the streets, is certainly worrisome for the British public, as it is for Britain’s friends.

Last year I edited a study on UK-India relations beyond Brexit, titled ‘Winning Partnership’. My friend and a co-author, Lord Karan Bilimoria, was quick to point out that the title was rather presumptive. To which I have argued over these months that Brexit is much more a state of mind that is somewhat entrenched in large sections of the British psyche , and is more to do with concerns about immigration than anything else.

Here, the new skills-based immigration approach proposed by Her Majesty’s Government could help Britain retain its place as a leading global economic centre and London as the world’s financial capital. It could also help the UK put the somewhat turbulent turn its relationship has taken with India on the issue of immigration curbs on Indian students and professionals behind it and make a fresh start building on the otherwise robust bilateral relations by leveraging the goodwill, hard work and achievements of the expat Indian community in Britain that Indian Prime Minister Narendra Modi has dubbed a “Living Bridge”.

But fundamentally, the shenanigans in Westminster are leading to very real questions about whether Britain can be the stable and trusted partner it has so proudly been for its allies around the world.

There is an urgent need for a mission-mode approach to engaging with India. The recently signed UK-India Tech Partnership offers a template for taking this forward. But to succeed, it will need all hands on deck.