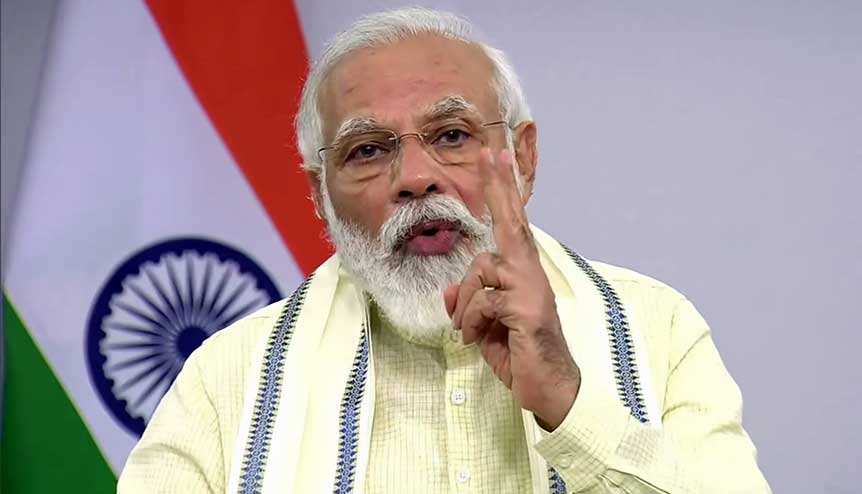 India’s recent election to two prestigious international bodies, as a non-permanent member of the United Nations Security Council and as a Chair of the Executive Board of the World Health Organization, at a time when the global order is in a state of flux offers the Modi government a chance to help shape a more equitable world.

The Narendra Modi government is finding greater international salience at a time when China finds itself increasingly isolated in the global community. China’s handling of the Covid-19 pandemic and its attempts to militarily and diplomatically browbeat neighbours like India and others standing up to its brazen bullying have given rise to a.

Two events highlighted New Delhi’s growing acceptance in the world as a reliable partner – the election of Indian Health Minister Dr Harsh Vardhan as Chair of the Executive Board of the World Health Organization (WHO) and its election for two years as a non-permanent member of the United Nations Security Council (UNSC).

It may be recalled that even as WHO Director-General Tedros Adhanom Ghebreyesus was praising China for cooperating with the global health body on Covid-19, senior members of his organisation were struggling to elicit any useful information on the pandemic from Chinese authorities. The Guardian reported that Associated Press had obtained recordings that show WHO officials accusing their Chinese counterparts of withholding material they needed to assess the threat the virus posed to the world. It was only two weeks later, on January 20 that Beijing admitted that Covid-19 was contagious. It took the WHO another 10 days to declare a global health emergency. 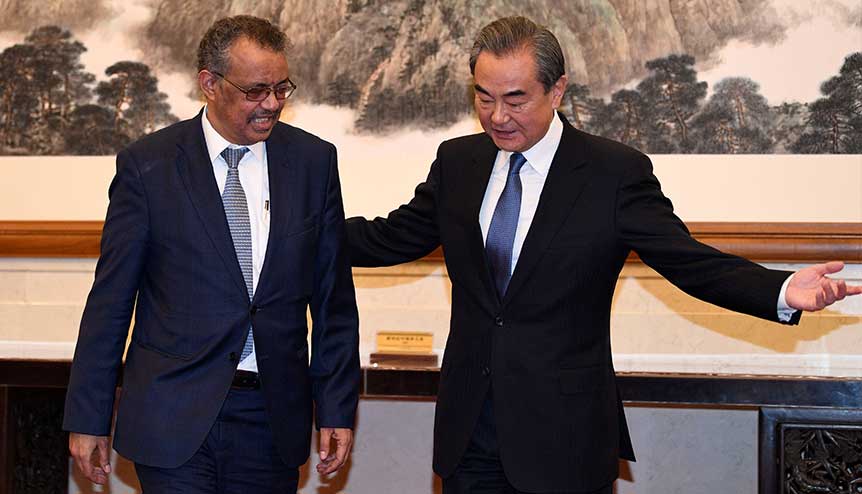 Tedros Adhanom, director-general of the World Health Organization with Chinese Foreign Minister Wang Yi in Beijing in January 2020. The WHO’s slant towards China has been critiqued across the world.

As a result , crucial time, which could have helped contain the spread of the pandemic, was lost.

Many countries, including the US, Japan and others have complained against the pro-China tilt of the WHO. There are expectations that India will use the prestige that comes with its new position as Chair of the Executive Board to correct the perceived slant in WHO’s functioning and help it regain the confidence of the comity of nation.

The main functions of the Board are to implement the decisions and policies of the Health Assembly and advise and facilitate its work. India has supported a motion moved by Australia and the EU calling for an impartial and independent probe into the coronavirus outbreak. The country can count on the support of Australia, the EU, Japan, the US and South Korea in its efforts to try and build a consensus on the future direction of WHO.

UNSC seat to boost India’s status as a big power

India was elected to the UNSC, winning 184 out of 192 votes. At least two retired diplomats, speaking to India Global Business (IGB) on condition of anonymity, said this two-year term from January 2021 to the end of 2022 will facilitate India’s push for reforming the Security Council in which it has been pushing for permanent membership.

The Modi government will also push for a more effective fight against global terrorism and for greater efforts to isolate its sponsors, including those who provide tacit support to its perpetrators.

“The process of sanctioning also needs to be de-politicised as there is no justification for any act of terrorism,’’ said Vikas Swarup, Secretary (West), Ministry of External Affairs. 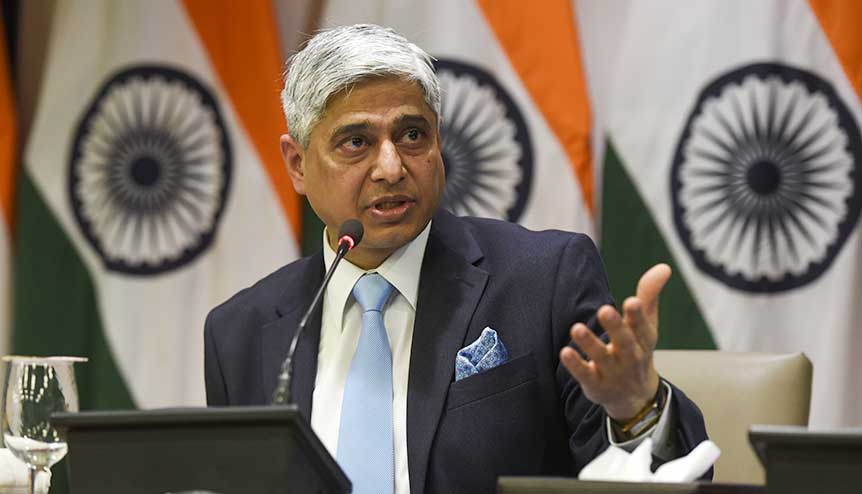 Vikas Swarup, Secretary (West), Ministry of External Affairs, India addresses the media. India will push for a more effective fight against global terrorism and for greater efforts to isolate its sponsors, including those who provide tacit support to its perpetrators.

Raising its voice for the greatest common good

There are already indications that the Modi government is shedding India’s traditional diffidence and using its international prestige to speak up for causes it has historically neglected.

The government said it is closely monitoring the developments in Hong Kong. “Given the large Indian community that makes the Hong Kong Special Administrative Region of China it’s home, India has been keeping a close watch on recent developments. We have heard several statements expressing concern on these developments. We hope the relevant parties will take into account these views and address them properly, seriously and objectively,” it said.

This is the first time that India has commented on the ongoing crisis in Hong Kong over China’s unilateral imposition of a new security law that emasculates the autonomy of this former British colony.

These two very prestigious positions at the UNSC and WHO are a reiteration of the international faith in India as a free and liberal nation and the world’s largest democracy that can be trusted with a seat at the global high table at a time when the world is facing a rising threat from a new global hegemon.