Working Together To Ensure Manchester-India Relations Really Take Off 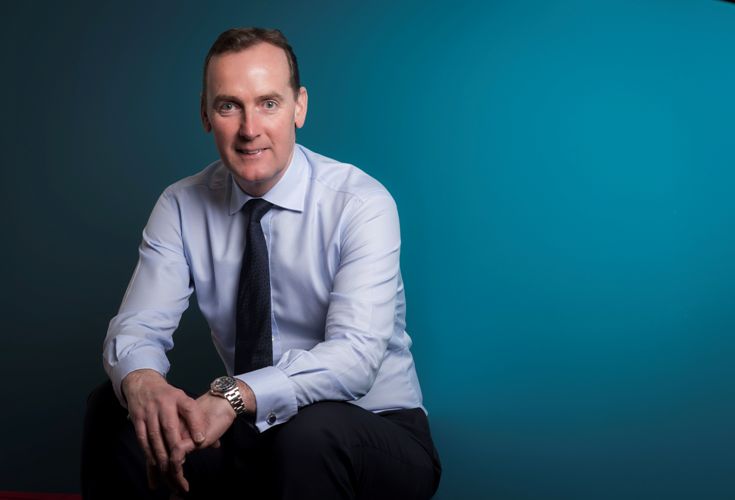 The Chair of the Manchester India Partnership explains the benefits of connectivity this new tie-up would bring India and the UK.

It is a great honour to have been named chairman of the Manchester India Partnership and to have launched the organisation, both in the UK and during a visit to Delhi and Mumbai this month.

One of my primary objectives for the months ahead as CEO of Manchester Airport is to secure direct flight services to India and, as I will set out below, the Partnership is all about ensuring the benefits of this connectivity will be maximised.

As we look at how the region will trade post-Brexit, developing strong links with the world’s high growth markets is of paramount importance and, with that in mind, India presents a significant opportunity for Manchester.

India is the fastest growing global market and is the world’s seventh-largest economy by GDP.  The UK is also the seventh-largest investor into India and that investment is expected to grow by £2 billion over the next five years. So, it is clear what the size of the prize is.

Manchester has always been forward-thinking in terms of its economic and social development and that is no different when it comes to ensuring it has the best possible relationship with this global economic powerhouse.

Indeed, the MIP has not been created overnight. It is the product of two years’ work to forge ties between our city and India, which started with the MIDAS-led initiative “Make in India, innovate in Manchester” and we have already seen some of the benefits of that work come through.

For example, 10 Indian companies have invested in Manchester in the last three years, creating more than 100 jobs.

The pipeline for potential investment projects also looks very strong and we’re very excited about Tech Mahindra opening a new innovation centre at MediaCityUK, in the next few weeks.  They chose Salford for their next office due to Greater Manchester being the UK’s second digital cluster, the wealth of talent in the region and the lower cost of operation when compared to London.

Having made great progress, the formation of the MIP is about taking it to the next level and maximising the benefits both Manchester and India can derive from closer collaboration.

The Confederation of Indian Industry (CII) has been a key partner from inception and was instrumental in facilitating the launch of the MIP in Westminster, which was attended by a range of public and private sector leaders, including Lord Jim O’Neill and Trade Minister Baroness Rona Fairhead. I also want to thank the wide range of public and private sector partners that have come together to form MIP. They include the Greater Manchester Local Enterprise Partnership, Deloitte, The Growth Company and Squire Patton Boggs.

As a city, we do have experience of this kind of partnership, having launched the Manchester-China Forum back in 2013 and there is no doubt that has been a huge success.  It provided focus for those involved and sent a clear message to our partners in the Chinese market that significant value was being attached to our relationship with their nation.  A feature of the Forum was public and private sector organisations joining forces, which has ensured a coordinated approach to stimulating trade, investment and wider collaboration between the two locations. The Manchester India Partnership will look to replicate this.

As with China, securing direct air links to India is a top priority for the Manchester India Partnership.  We know that there is significant demand from within our catchment area for a direct service.  Already more than 270,000 people within that area travel indirectly to India – that is the sixth-largest demand in Europe and more than the likes of Milan, Zurich and Rome, all of which have direct flights.

We know first-hand what direct connectivity with high growth markets does in terms of delivering social and economic benefits. Again, the best example is our direct route to Beijing, which launched in June 2016 and in its first-year surpassed expectations, delivering impacts including:

With support from CII and MIDAS, we have been pursuing the case for direct flights from Manchester to India. I have every confidence that similar benefits would be realised on the back of a direct route between Manchester and India being launched – and let’s be clear, none of the above would be felt unless the service was direct, not connecting via London or Amsterdam.

So, we know the business case is almost proven and it is fair to say we have had lots of encouraging dialogue already with a range of Indian airlines. We hope the formation of this partnership will contribute to these discussions becoming even more meaningful in the weeks and months ahead.

Securing a direct service is one of my number one priorities and I am sure everyone would agree that this partnership will have been a force for good if we see the kinds of positive impacts I have outlined above in the years to come.

I look forward to working with you all to make the Manchester India Partnership a success.