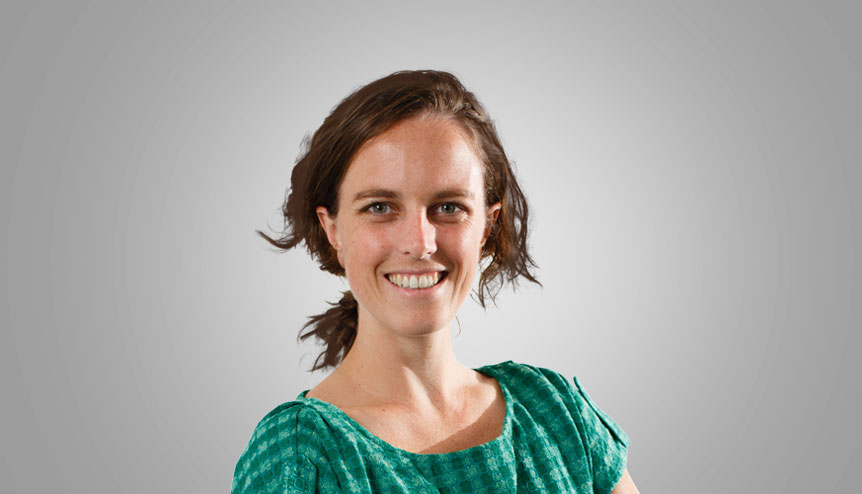 Empowering women as agents of change can change the future for millions of Indian families living in poverty.

Before Rukhashana Parveen joined Pollinate Group just over one year ago, she had never held a formal job. As a mother of two children who attend primary school, Rukhashana became interested in working with Pollinate Group to become more independent, while supporting her family.

Rukhashana sells products, such as solar lights and water filters, to improve the lives of her peers living in the poorest communities in Kanpur. Even though she did not complete schooling, Rukhashana was our first agent to sell a solar fan in Kanpur and has become a consistent top sales performer in the city.

Pollinate Group was formed from a merger in 2018 between the award-winning organisations Pollinate Energy in India and Empower Generation in Nepal. In India, Pollinate Group serves transient, forgotten and hard to reach communities (also known as slums) in Bangalore, Hyderabad, Kolkata, Lucknow, Kanpur and Tumkur.

We empower women, like Rukhashana, as agents of change. The women earn respect and income while becoming inspiring role models who raise awareness about better alternatives in their communities for cleaner energy, safe water and hygiene.

To make the products Rukhashana sells affordable for customers living in extreme poverty we offer cash-based payment plans, which have a default rate of less than 2 per cent. Our customers report saving time and money as the main benefits, as well as improved health and more comfortable living conditions.

We have reached more than 555,000 customers across India and Nepal and, by replacing toxic kerosene with solar light products, customers have saved $16.7 million in energy costs and more than 65,000 tonnes of CO2 emissions.

The pathway for women to earn more

Unlike other last-mile distributors in India and around the world, Pollinate Group has a pathway for women in poverty to earn up to 7x the informal wage. Our customer service focus, including after sales support, is also a key differentiator and advantage to help break the cycle of poverty in the communities we serve. 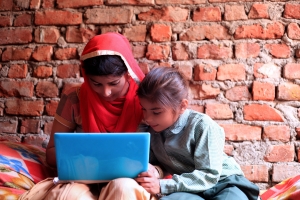 The pathway for women to earn higher incomes evolved from our merger: integrating the success of the Indian operations and employed agents, technologies and processes with the women-focused, entrepreneurial approach from Nepal.

For years, the India team struggled to bring women into sales roles, as the job has high barriers to entry; full-time hours, travel and evening community visits. But now, this has changed.

To start on the pathway, we recruit and train women in slums to sell low-cost products, like mosquito repellent and sanitary pads. These women are essentially entrepreneurs who can graduate to run their own business distributing products or move into employment with us. In addition to selling low-cost products, the entrepreneurs can earn commission by referring high-cost products, such as mixer grinders, to employed agents like Rukhashana.

As women develop business skills, they also proactively sharing ideas on the products they need. This has created new insights into our markets and influenced our product range. Research has also shown that men typically look towards products with higher entertainment value, whereas women prefer investing in products that increase economic empowerment, save money, and ensure a healthier home environment. These are investments that truly change the future for millions of Indian families living in poverty.

Our initial recruitment of women from India’s slums saw 11 women participate, with seven now actively selling in their communities. One woman already wants to become a full-time agent like Rukhashana.

This approach for women in India has been the most successful strategy we have employed to address the women empowerment, community engagement, product market knowledge and logistics challenges we faced in the past.

In December 2018 one of our Bangalore agents, Jaggan, earned a record of $5000 (Rs 3.68 lakh) in one month. This result is an inspiration for women like Lakshmi, a new entrepreneur in Bangalore.

Lakshmi was recruited by Jaggan in September last year and has already been involved in peer to peer mentorship and in-field support from our team. When Lakshmi first bought a solar light for her family five years ago, she dreamed of a better future for her children. Now, she dreams of a better future for herself – including moving her family into an apartment and starting her own successful business. We will help her get there.

Many women in the communities we serve are members of the informal economy, where jobs are not taxed or monitored by the government. Pollinate Group provides meaningful work and new opportunities for India’s ragpickers and domestic, construction and garment workers.

In 2019 we aim to recruit and train 100 women and expand our training program, taking more women along the pathway to benefit from opportunities like financial security, college education for their children and progression to management roles.

Key to this work is a partnership project involving Pollinate Group, Kalpavriksha Greater Goods (Nepal distributor), Greenlight Planet and the Australian Department of Foreign Affairs and Trade (DFAT). This partnership supports not only recruitment and training efforts for additional women, but will bring their participation to close to 50 per cent of our agents across India.

Every Indian can make an impact

In addition to the impact on communities and women as change agents, Pollinate Group builds the next generation of social leaders through fellowship programs. More than 600 professionals and students from India and around the globe have experienced social business in India, testing and evaluating programs to improve the welfare of people in slums. 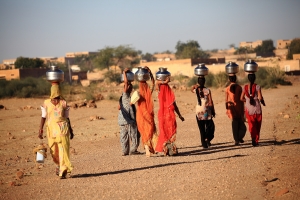 In response to demand, Pollinate Group recently launched an Executive Leadership Program for leaders in India and from around the world. The exclusive program in Bangalore provides time with executive peers in a collaborative exchange. Rather than a typical seminar, the program will immerse executives in self reflection with a discussion of topics such as equality and inclusion in a safe environment. Participants will also have an immediate impact on slum communities and Pollinate’s operations.

Another project we are embarking on in India involves urban and rural customers to better meet their needs. Through our research, we’ve identified a key trend, where customers not only buy products for their own use in urban communities, but many take products back to their native places—the rural villages from which many of our customers emigrate from.

Slum populations currently make up 17-24 per cent of India’s urban residents. By 2050 the United Nations predicts India’s urban population to be 814 million, or 50 per cent of the population. We look at these forecasts as an opportunity to continue to serve urban poor and their rural connections, with the intent to provide ongoing opportunities for women and their communities.

In the near term, the combination of our merger, involvement from key partners and impact model are progressing us toward our 2020 goals to recruit, train and support more than 1,000 women, positively impact more than one million people, and reach more than 4,000 families every month.

But perhaps the impact of our work today and in the future is best summarized by Rukhashana’s children:

“Mum is happier since she started working for Pollinate, she is now able to buy us clothes, shoes and even a bicycle.” says her daughter Misbah. Her son Hasnain shares, “It makes us happy that she can now take care of all of us and that she can be independent.”

Alexie is the CEO and Co-Founder at Pollinate Group and an internationally recognised social entrepreneur.

About the Author: Alexie Seller