Why Start-up in Maharashtra? 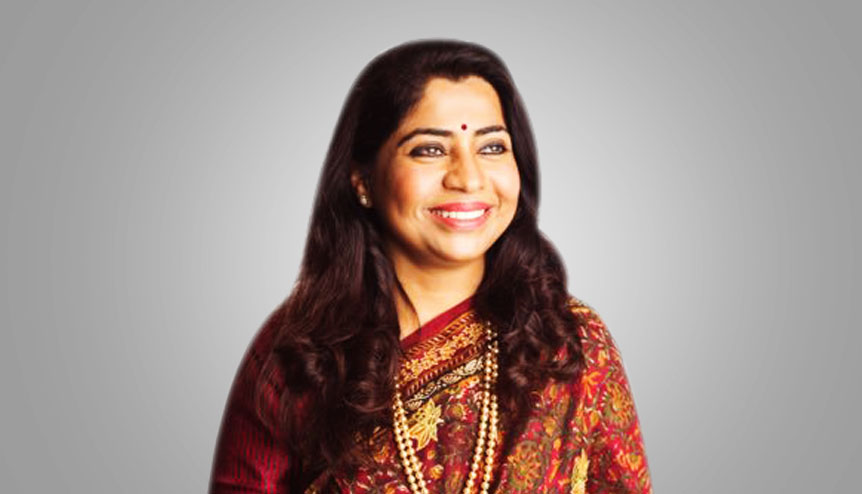 An Indian politician lists down the advantages nascent firms can gain by choosing Maharashtra as the ideal market for their ventures.

“Come, Make in India, we will say to the world, from electrical to electronics,” Hon Prime Minister Modi said in his maiden Independence Day speech as prime minister, pledging to set up what is unarguably the most ambitious efforts towards achieving a manufacturing powerhouse status for India. However, what began with that ambitious declaration by the Prime Minister is a rat race among the Indian States to secure the advantages the scheme promises to shower on the nation in the long run. A healthy competition for Making in India won’t be a bad idea and states responded with enthusiasm in what eventually resulted in some remarkable jump in the Ease of doing business rankings 5 years hence. Maharashtra is no exception to it and is actively seeking a lion’s share of this development work of Narendra Modi even while attracting a huge share of these investments. But why then should someone start up in Maharashtra?

Maharashtra has historically been a state of choice for most of the major Indian industrialists right from the times of Tata, Birla and Ambanis. It continues to maintain a favourable position to attract even more. Favourable industrial policy combined with a large talent pool has made Maharashtra the manufacturing hub. The state being 2nd biggest in India has a large consumer base and ranks high in the purchasing power index. Even though being home to some of the sought-after names in Indian industry, it’s industrial policy favours Small and Medium Enterprises (SME’s). The industrial corridors in Nashik, Pune, Konkan, Nagpur, Aurangabad and Amravati even adds to its appeal as the preferred choice.

Maharashtra being the second-largest Indian state by population contributes nearly 15 per cent towards India’s GDP while also being the most entrepreneurial state in India. The entrepreneurial spirit is not surprising as Maharashtra is also one of the demographically youngest states. The famed demographic dividend which India hopes to reap will be harvested mainly in Maharashtra, which is the best placed to take advantage of the India growth story. Moreover, Maharashtra is home to two of the three Indian cities in the top 100 global clusters of inventive activity namely Mumbai & Pune.

The GDP Growth in India is one of the highest among major economies all thanks to the economic reforms and decisive and competent administration by the Modi Government. What has impacted more is the credibility which Modi has instilled among the investors abroad which has eased any sort of apprehensions and made inflows easier. In 2018, Indian start-ups raised a total of $7 billion as per an EY report which is more than twice the amount raised in the previous year. The trend is clear for all with the combination of investible surplus and enterprising Indian entrepreneurs coming together to make it a grand success. The trend is just going to accentuate with Modi governments attempt in war-footing to improve the Ease of Doing Business rankings after making huge leaps in its first term. India is already the third largest start-up hub in the world (Nasscom-Zinnov report). A young innovative generation combined with a lot of capital, decreasing bureaucratic hurdles and digitalisation of the system would mean that India and particularly Maharashtra is up there in the league of other start-up hubs like Tel Aviv. India is already the foremost places to start up in and has reaped benefits in the form of many unicorns which has come out of it.

The biggest factor which works positively for Maharashtra like in rest of India is the Modi factor which doesn’t seem to be receding anytime soon which comes across as the greatest positive. A stable leadership by a man who has led among the most entrepreneurial state in India at the helm always makes things easier for the states attracting the largest investments. The ground for another burst of start-up revolution is already laid by the Modi Government in the form of initiatives like Startup India and Atal Innovation Mission which will give results in the long term. The Digital India initiative, though strictly not restricted to start-ups, will nevertheless be a big boost to all those tech companies out there looking to sell their solutions. Modi personally being a person strictly adhering to the no-nonsense professional style of working adds to the comfort factor to businessmen looking to invest.

While India being the fastest growing major economy combined with the fact that its financial capital is in Maharashtra itself makes it an alluring investment proposal, the leadership of Devendra Fadnavis Government just adds to the appeal. The Maharashtra State Innovative Startup Policy 2018 drafted under his leadership is set to develop 10000 start-ups through its 15 Incubators across the state. The sheer size of Maharashtra as the most industrialised state in India, home to its financial hub Mumbai and being second most populous state brings in a lot of tinkering on a scale unheard of. It will ultimately pave the way for innovation. Of the total number of start-ups in India, Maharashtra has the most which gives it a first mover advantage which the Devendra Fadnavis Government will fully tap into. A massive $71.5 million (Rs 5000 crore) would be dispensed to the start-ups as per the Startup policy of Devendra Fadnavis by the year 2022 itself. This is apart from the access to huge private funding being home to the financial capital of the country – Mumbai. Thanks to the launch of “Maharashtra State Innovative Startup Policy 2018”, “Fintech Policy” and establishment of Maharashtra State Innovation Society and a slew of such measures, the highest number of start-ups out of 14565 approved under the “Startup India” (DIPP) initiative in 2018 is from Maharashtra.

Maharashtra is already the Global start-up hub by any sense of the terms with an ecosystem unmatched where start-ups have the platform not just to realise its potential but to outperform the companies across the world by scaling up. The fact that none of the advantages listed above including the BJP government is not going anywhere soon is the perfect icing on the cake. Maharashtra has been the preferred destination for FDI by major businesses in the world and the UK is no exception. Companies based out of UK have invested more in Maharashtra than any other State in India. It would only be inevitable that start-ups and investors based in the UK follow suit. The value Maharashtra places on investors from the UK can be gauged from the fact that the Honourable Chief Minister of Maharashtra Devendra Fadnavis had attended an exclusive roundtable organised by the UK India Business Council in the margins of Magnetic Maharashtra Investor Summit. Start-ups have all the advantages of a global start-up hub to gain by choosing Maharashtra as a launchpad and ideal market for their ventures.

Lastly, start-ups who have their funds (investments) in the line of fire simply can’t afford to choose anything less than the best and Maharashtra stands out there in as one of the best. Maharashtra as the ideal global hub with the best start-up ecosystem is the way forward. It may be worth mentioning to the investment community before bidding adieu that unlike most other public officials or politicians – I actually have skin (read: money) in the game.

Shweta Shalini is a BJP Spokesperson, Advisor to Chief Minister of Maharashtra (India) and a serial entrepreneur.

About the Author: Shweta Shalini