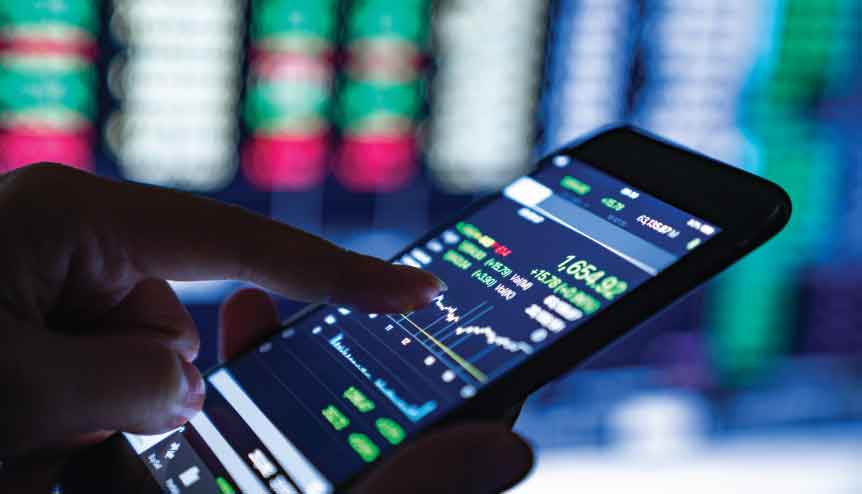 Top Wall Street banks in India rake in their second-highest fee income since the global financial crisis, benefitting from a flurry of top-ticket private sector deals.

Dealmakers in India are busier than ever as top global investors from Google and Facebook to Carlyle Group and KKR & Co and hundreds more rush to deploy capital in the country despite the pandemic. The biggest proof of that came earlier this week when data from Refinitiv revealed that top Wall Street banks in India have raked in their second-highest fee income since the global financial crisis in the first nine months of this year, benefitting from a flurry of private-sector deals. 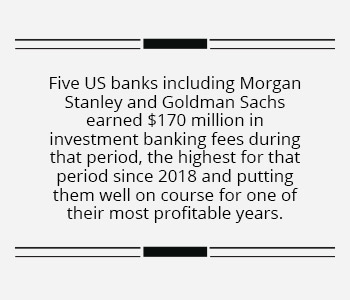 According to Refinitiv – a subsidiary of Reuters – five US banks including Morgan Stanley and Goldman Sachs earned $170 million in investment banking fees during that period, the highest for that period since 2018 and putting them well on course for one of their most profitable years. In 2018, those five banks earned $176.5 million in Indian fees in the first nine months of the year, which was the highest for the period since 2007.

Amid the global economic gloom brought about by the coronavirus pandemic, India has emerged as a rare bright spot for deal-making this year.

Whether it’s the $19.5 billion of investments in Reliance’s technology ventures from Facebook and Google, to GlaxoSmithKline’s sale of its stake in Unilever’s to Indian business HLL, to Carlyle Group’s acquisition of a 20per centstake in Ajay Piramal’s pharmaceutical business for $490 million and another stake in Bharti Airtel’s data-center business, some of the world’s biggest companies and fund managers have stepped up their investments in the world’s biggest democracy.

During April-August 2020, despite COVID-19, FDI inflow ⬆️ 13%, Highest ever for first 5 months of a Financial Year 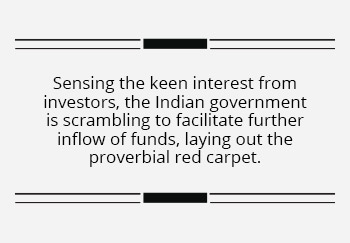 “We are very excited about India,” according to Gregory M. Zeluck, the managing director of Carlyle Group. “There were some economic troubles the country has already been facing. But we have a tremendous level of confidence that India will rebound and will be a great investment for the long term,” Zeluck told Bloomberg.

That’s a sentiment echoed by David Lynne, Head of Corporate Bank and Fixed Income & Currencies at Deutsche Bank. “While we may be seeing risk-off sentiment in the current environment, you can expect to see interest in the Indian financial markets revive in the coming months. India would be one of the beneficiaries as companies shift from China amid US restrictions and remain a top destination for global investors,” he told the Economic Times. 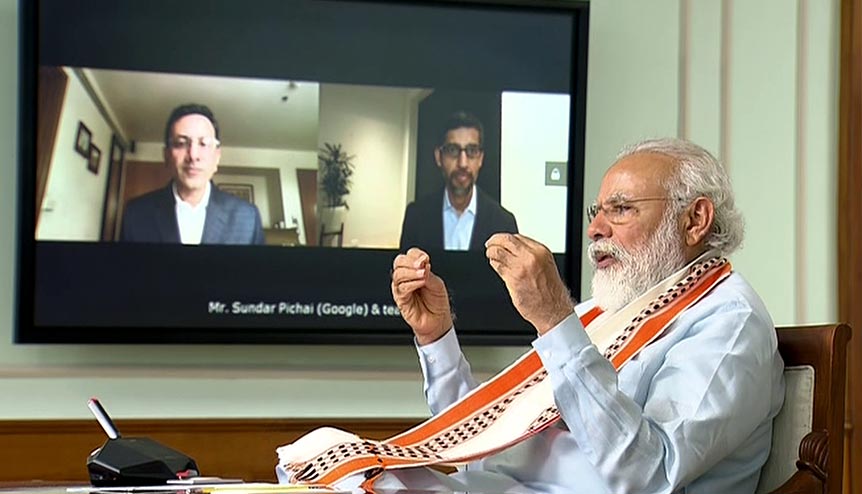 Prime Minister Narendra Modi interacts with Google CEO Sundar Pichai via VC. The PM will meet 15 of the world’s largest funds to promote investments in capital-starved sectors like infrastructure, the government announced recently.

Sensing the keen interest from investors, the Indian government is scrambling to facilitate further inflow of funds, laying out the proverbial red carpet.

Indian Prime Minister Narendra Modi will meet 15 of the world’s largest funds to promote investments in capital-starved sectors like infrastructure, the government announced on Wednesday – with the main purpose of the meeting being to assess their views on reforms that are required to attract long-term capital into the country.

“Fund houses from all over the world are in touch with us and want us to provide good assets and required patent capital (long-term capital) with not a very high, but stable return. We are working towards it. The PM will soon meet about 15 leading houses from the world for an interaction and their views on it,” said Tarun Bajaj, secretary, Department of Economic Affairs (DEA), during a Confederation of Indian Industry (CII) virtual conference on Wednesday.

Finance Minister @nsitharaman's announcement on boosting demand through a two-pronged strategy will provide a huge impetus to spending both by consumers and governments which in turn will accelerate economic activity. ~ @CB_CII, DG, CII. #cii4india @FinMinIndia (1/4)

Welcoming the development, CII Director-General Chandrajit Banerjee said the meeting with global investors would be a confidence booster as it signalled a high degree of commitment from the Prime Minister himself. “This is a good signal for foreign funds to be invested and interested in the India story,” he said, adding that health care and digital space were among the other areas that had huge scope for foreign investments.

“When the Prime Minister of a country engages with investors, it brings serious money on the table at a lower risk premium. Investors will demand less premium when they get confidence. It will also bring other benefits like longer-term commitment, technology, and follow-through support,” said Nilesh Shah, chairman of the Association of Mutual Funds in India.

Global investors have been particularly impressed by the government’s commitment to reforms even during the pandemic, and by India’s half a billion Internet users, whose growing embrace of everything from e-commerce to messaging and digital payments is drawing comparisons to the heydays of China’s tech boom. 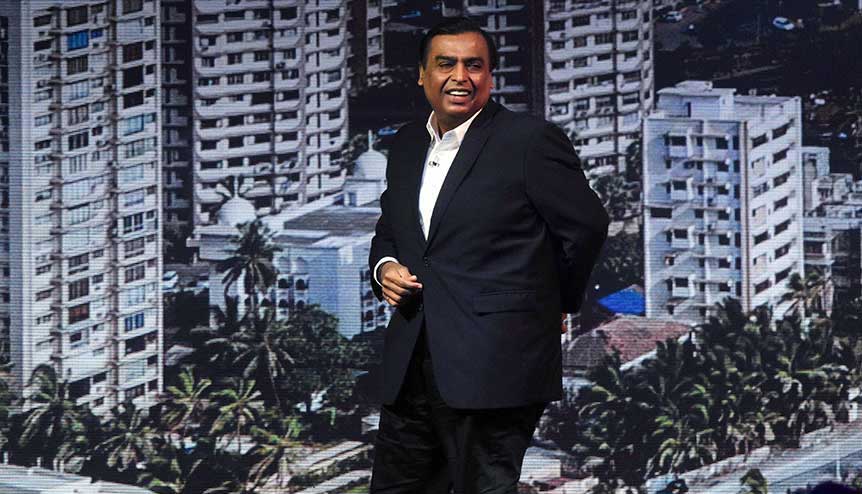 But the transparency of investments and removal of bottlenecks is what has substantially contributed to the surge in multi-billion dollar transactions in 2020.

“This year we are seeing a tremendous interest from international investors across sectors in India – in tech, real estate, financial and consumer sectors,” said Dieter Turowski, Asia Pacific investment banking chairman at Morgan Stanley. “In aggregate, the quantum of capital raising will continue but it’ll be more diversified next year. The pipeline is stronger than six months ago,” he told Reuters.

India saw $16.8 billion of mergers and acquisitions (M&A) in its technology, media, and telecoms (TMT) sector between January and mid-October, up 62 per cent from the same time last year, according to Refinitiv data.

The momentum is expected to continue in 2021 when a series of technology companies such as e-commerce firm Flipkart are expected to list domestically or overseas.

While US and European banks received nearly 42 per centof the total investment banking fees earned in India in the first nine months of 2020, up from 37.2 per cent last year, Morgan Stanley took home a record $65 million in the first nine months of this year, topping India’s M&A league table – thanks to its role as Reliance Industries’ financial advisor in the fundraising for its digital and retail units.

With consumer-tech emerging as one of the biggest deal drivers for the country as people adjust to a post-pandemic work ethos and lifestyle, India is not only ready for more consolidation and initial public offerings (IPOs) to come next year, but also guarantee loftier returns for investment banks as well as investors.