Weighing up the racial bias behind Covid-19 impact

Weighing up the racial bias behind Covid-19 impact 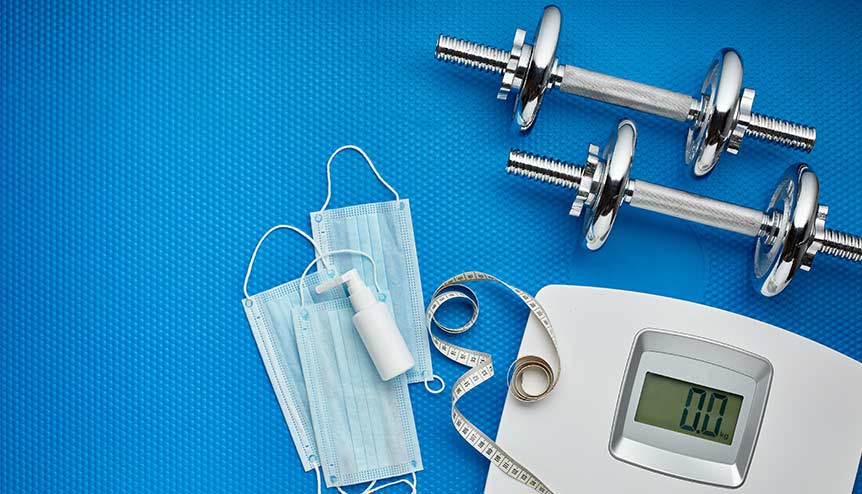 Just as the UK government unleashes a war on obesity with its new “Better Health” campaign, a group of Global Indian doctors warn that an inherent racial bias in medical research and practice could be exacerbating the disproportionately severe impact of Covid-19 among ethnic minorities and call for an urgent rethink on what constitutes “healthy weight”.

While metabolic syndrome (MetS) that increases a person’s wider health risk is known to be behind the severity of the deadly virus among some ethnic groups, UK-based cardiologist Aseem Malhotra and British Association of Physicians of Indian Origin (BAPIO) chairman J.S. Bamrah and US-based infectious disease and obesity physician Ravi Kamepalii highlight that the genetic factors behind MetS are not being properly factored in. They warn that genetic predisposition may be a key factor behind South Asians developing conditions linked to obesity, such as Type 2 diabetes, at much lower levels of body fat. But these are not being identified as high risk and managed appropriately because of the general focus on Body Mass Index (BMI) as a proxy for “healthy weight”.

“Using Body Mass Index (BMI) as a proxy for ‘healthy weight’ may provide the illusion of protection and will miss a substantial proportion of those from black and South Asian ethnic minority groups with MetS risk,” they write in the peer-reviewed academic journal ‘The Physician’.

BMI is determined by a person’s weight relative to their height and a BMI above 30 is taken as the standard measure for unhealthiness in the UK.

According to Public Health England (PHE), those from black, Asian and minority ethnic (BAME) backgrounds are at increased risk of poor outcomes from Covid-19. Last month, an official UK government review found that historic racism is among the factors behind this higher risk of ethnic minorities contracting and dying from Covid-19.

In their paper titled ‘Poor metabolic health is the major issue for increased Covid-19 mortality in BAME groups’, the doctors note: “Just as racism is endemic in the NHS [National Health Service], racial bias exists in the identification and management of patients from BAME backgrounds at high risk.

Poor diet, lack of activity and severe Vitamin D deficiency are highlighted as the common factors leading to poor metabolic health and increased infection severity risk among BAME backgrounds, particularly South Asians. The doctors have called for an immediate update of the risk assessment tool to take into account five factors that will help identify those from ethnic minority backgrounds at the highest risk from not just Covid-19 complications, but longer-term risk of death and heart attack.

These five factors are:

MetS, which has been identified as having up to several-fold increased risk of mortality from Covid-19, is defined as having at least three of the above risk factors but this is not being assessed in the current NHS risk assessment tools, the doctors note.

They also draw on a “concerning picture” of lifestyle factors not being addressed behind those risk factors, which include a diet low in whole fruit and vegetables, and one that’s high in sugar and refined carbohydrates especially in those from South Asian backgrounds.

Also, given a genetic tendency to lower genetic cardiorespiratory fitness, people from South Asian backgrounds may require 233 minutes of moderate activity per week to get the same cardiometabolic risk benefits as a white European doing 150 minutes per week. Severe Vitamin D deficiency, which has been strongly correlated with adverse outcomes from Covid-19, also has a high prevalence amongst ethnic minority groups in the UK.

The doctors stress that many of the risk factors they have highlighted can be improved, and even reversed, very quickly through diet and lifestyle changes but more research and publicity on diet and lifestyle interventions in metabolically unhealthy ethnic minority groups, including those with a normal BMI who are at highest risk, is urgently required.

“The evidence is clear, time for action on metabolic health is long overdue. Otherwise there will be even more misery and devastation when the next pandemic comes round,” they warn.