Skip to content
Visas: The ever-present hurdle in India-UK ties 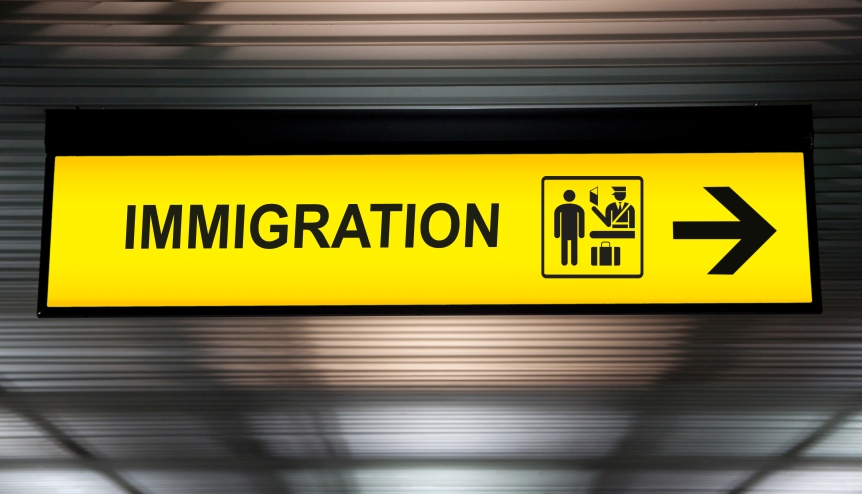 The UK remains conflicted by its attitude towards immigration, writes a foreign policy expert.

The issue of visas has been a long-standing impediment to relations between the UK and India. British aspirations for greater engagement with India have been met with an open and transparent Indian demand for greater access for their citizens.

The UK remains conflicted by its attitude towards immigration. On one side, business leaders and employers such as the UK’s state-funded National Health Service (NHS) point out the importance of immigrants for the economy; likewise given the UK’s strong reputation for education, increasing the numbers of foreign students would seem an obvious policy option for the UK, although foreign student numbers have fallen for the past few years.

On the other side, sits the argument that the Brexit vote was in large part driven by opposition to immigration, hence regardless of economic logic, numbers must be cut.

Despite numerous calls for change, foreign students are still included in the overall figures for immigration, despite the fact that most return home after completing their studies. This had been justified on the grounds that the UK’s Home Office had thought that the number of students that over-stayed their visas numbered around 100,000. However, last August, the Office for National Statistics (ONS) suggested that in fact the number of students over-staying was only around 4,600.

Beyond the construction of a hostile environment towards immigration, UK-India relations have been further strained by UK claims that around 100,000 (again!) Indians have over-stayed their visas, more than twice the number of Nigerians, second on the list. Again, last year the ONS suggested that 97 per cent of the 330,000 Indians who entered Britain in 2016/17 actually returned home before their visas expired.

During her 2016 visit to India the UK Prime Minister, Theresa May, had linked an improved visa deal for India to a speedier process of return for illegal Indians living in the UK. With the caveat that the identity of most of these illegal Indians is currently unknown, India’s Cabinet agreement in April 2018 to facilitate the return of illegal Indians suggests that it is now time for the UK to offer some kind of liberalised visa regime.

The problem for the UK government, however, is that hoist by its own petard. In theory, there is no limit on the number of international students that study in the UK. However, the government has committed to lowering the net overall number of migrants to 100,000 per year. Ergo, if student numbers are not included in the migration figures, the UK will struggle to meet its migration target. A similar logic weighs against Indian aspirations for the liberalisation of other categories of migrant.

The UK’s stated aspiration for freedom of trade but not of labour mobility is problematic – whether in its future relations with the European Union (EU) or with India. Ironically, UK concerns regarding labour mobility were one of the factors that undermined EU-India trade talks. With the UK absent, the remainder of the EU is less concerned about the threat of visa abuse and keener on allowing Indian professionals to migrate. While far from a certainty, trade talks between the EU and India appear more feasible than one between the UK and India.

For the UK, removing international students from the overall migration figures and allowing a period of work post-graduation would offer a boost both to the higher education sector and to the perception of the UK in countries such as India. That there is a cross-party support, at least for not counting students as migrants, means that in time such a change will almost certainly take place. But until a changed tone towards access takes place, the UK’s economic aspirations are likely to remain unmet.

Perhaps a better course of action would have been to focus on partnerships – many of which are flourishing – rather than a trade agreement which almost inevitably shifts the focus of the debate to visas. Clearly, the absence of an EU-India trade agreement has not hindered Germany’s exports to India, nor indeed Indian investment to the UK and vice versa.

Ensuring that the UK remains in the front line for innovative partnerships will be paramount in the years ahead.