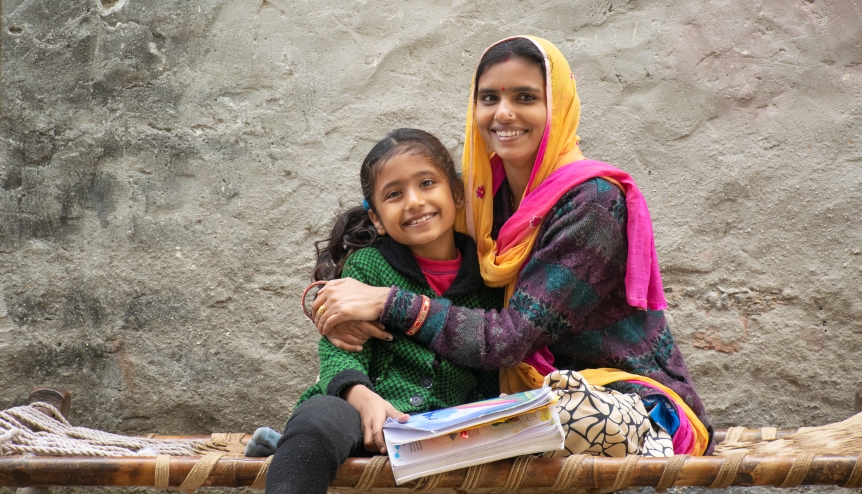 The head of a global human rights organisation explains the various programmes being implemented on the ground in India to address gender bias and help women and girls meet their potential.

Anjali, a 15 year old girl, started attending Breakthrough’s school-based gender equity program called Taaron ki Toli (Gang of Stars) sometime in December 2017. Anjali lives in a remote village in Uttar Pradesh in India, which, until recently was called Kudamau. Kudamau literally means, “garbage dump”. Within a few months of attending Breakthrough’s Taaron ki Toli, Anjali petitioned her village head to change the name of her village Kudamau into Sundernagari (beautiful town). Thanks to Anjali, the petition found its way into the local government register and the locals soon started calling the village Sundernagari. Everytime a group of women petition for safe drinking water for their village, girls start talking to village heads for making playing fields available for them, boys start doing household chores and not feeling bad about it, new narratives are created. These changes in behaviour and thinking usher in a new gender norm. One that can tackle the everyday misogyny that stops women and girls from reaching their full potential. This is the challenge that Breakthrough responds to, time and again.

Breakthrough was founded by Mallika Dutt, a human rights champion, in 1999 to change the  current equilibrium, where girls and women are valued for who they are, and a new culture is created to make sure everyone lives with dignity, equality and justice. Breakthrough has since created media campaigns that have reached millions, built a public agenda on issues like domestic violence and made men and boys a part of the solution.

Breakthrough has been supported by institutional and individual donations, mostly overseas, over the last two decades. A large percentage of these donations come from inspired individuals wanting to give back to their country of origin. Breakthrough is one of the few organisations focusing on gender norm change in India. With the help of cutting-edge strategies we take on the challenge of  combatting pre-set gender perceptions which constantly undermine women. It is important to address gender bias if you want development, where no one is left behind. Breakthrough has always tried to base its work on solid research and evidence of impact – one thing that often directs giving from outside of the country to Indian non-profits. Breakthrough has also tackled the question of scale – more and more organisations are looking for solutions that can untangle part of a complex problem that affects many, rather than focusing on one service that serves relatively few.  Breakthrough can transform individuals at a scale that can change the game. Especially, when we use relevant cultural tools—music, film, social media and more—to centre new voices and messages and alter the entire backdrop: this is how we flip the cultural switch. 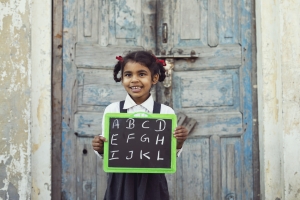 Violence against women and girls is one of the most pervasive human rights abuse. Every one in three women across the world face domestic violence. In India, one in four girls are married before their legal age and according to the National Family Health Survey released by the Union Health Ministry in 2018, every third woman, since the age of 15, has faced domestic violence of various forms in the country. The survey also highlighted that the most common perpetrators of sexual violence towards young girls were relatives (27 per cent), followed by a current or former boyfriend (18 per cent), their own friend or acquaintance (17 per cent) and a family friend (11 per cent). This is so deeply entrenched in the patriarchal mindsets that women often normalise this violence, thinking it is okay to face violence in their married relationships, or if they have been sexually abused, it is somehow their fault – they must have invited it.

In 2008, Breakthrough created a campaign called Bell Bajao (Ring the Bell) that asked men and boys to take action against violence against women. The campaign reached 130 million people and was adopted in 9 countries. Globally, men and boys took action to transform themselves from passive bystanders into active champions. The end line showed that because of the campaign, demand for services for domestic violence survivors went up by 15%.

In 2013, Breakthrough decided to take its work to a lower age group and started working with adolescents, both boys and girls, across government schools in India. We started out with 18,000 adolescents across 150 government schools in one of the most gender regressive states of India, Haryana, where the sex ratio in some districts had reached an all-time low of 775 girls for every 1000 boys. We felt if we can talk to adolescents, change attitudes and behaviours, then a generational change might be possible. Our work was evaluated by the JPal at MIT from 2014 to 2017 through a Randomised Control Trial with a sample size of 14000. The evaluation found significant improvement in gender based attitudes and behaviours not only among girls, but also among boys.

Armed with this evidence, we have scaled up the work across 3500 villages in 14 districts across 5 states to reach 400,000 adolescents. In 2015, we started working with girls are forced to drop-out of schools and do not have a formal system of education. We now want to scale up our work to reach 1 million adolescents by 2023, 30% of whom will be boys. Along with the school based curriculum, we work with teachers and parents to come together to create a safe space for adolescents in schools and in their homes. We use innovative media products, films, radio. We also write community mobilisation strategies using theatre, games and story-telling  to work with adolescents, their parents and the community at large. Though Ratri Choupals (Night Time Community Meetings), Convergence Meetings and Jan Samvad (Public Hearing) we try and bring stakeholders like village heads, health workers, women and men together, to discuss issues like child marriage, girls education and safe spaces for girls in community. Our strong mass and digital media voice creates public agenda around these issues and reached 100 million last year only. One of our aims is to work with the government to adapt the curriculum across schools in some of the states so that a gender equity becomes mainstream across the government school curriculum.

Stories of change are abound – both for girls and boys. Like Satyam, a boy who comes from a small village in Uttar Pradesh. Satyam started attending our Tarron ki Toli program in 2017. He has become an active advocate for building more playing fields where boys and girls can play together freely. It’s important to note that change happens at a community level  – the convergence groups take ownership to conduct mobilisation events to sensitise other people in communities through rallies, wall-painting etc. They  identify the popular spots in communities where they feel a larger number of people can gather. They also advise people against getting their daughters married off early. Members from Pankari Barwadih, Hazaribagh, helped prevent Biggan Saw from marrying off his daughter. They organised a rally against early marriage in their village. Mr. Saw’s daughter saw the rally and decided to negotiate with her parents to not get her married before 18. She went back home and told her mother that she didn’t wish to get married. Mr. Saw and his wife were convinced that the groom was an “ideal match” for their daughter. In the following days, Mrs. Saw approached Sumitra Devi, a convergence group member, and shared her concern about her daughter refusing to get married after watching the rally. Sumitra Devi then explained to her about the implications of early marriage and that their daughter was right about her decision against marrying at a young age. Sumitra Devi’s advice resonated with Mrs Saw and she decided to support her daughter’s decision. She then helped her negotiate with Mr. Saw.  Today, Mr. Saw is one of the role models in the community who chose to let his daughter pursue her studies, defying to societal pressure to get their daughter married at an early age. Our last impact report from another Randomised Control Trial done across 80 blocks of Jharkhand and Bihar shows an increase in age of marriage by 1.9 years.

Currently this is where we are:

Sohini Bhattacharya is an intrepid intrapreneur and social change enthusiast who has 25+ years of experience in the development sector. Currently she is President & CEO, at Breakthrough, a global human rights organisation working in USand India to prevent gender-based violence.

About the Author: Sohini Bhattacharya