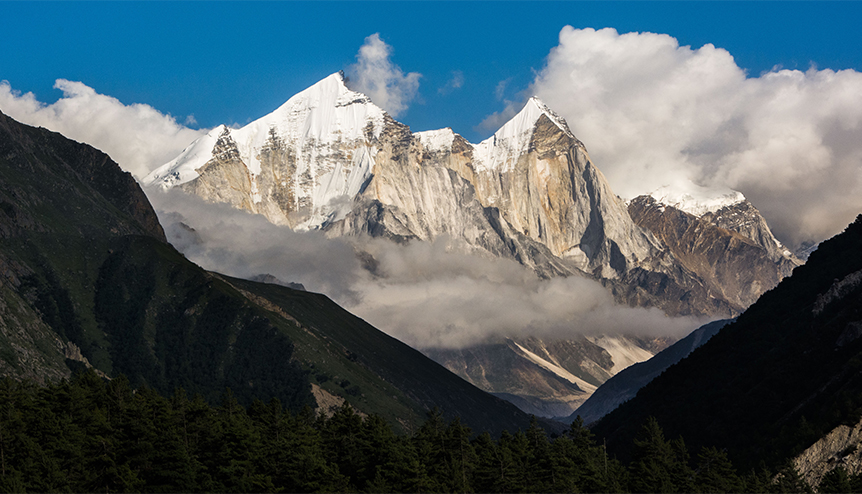 Proactive policies, stable politics and a clean administration has ensured that the small north Indian state of Uttarakhand has attracted major investments in food processing, automobiles, tourism, IT and other sectors from big names such as HP, Mahindra, Adani and Patanjali.

Uttarakhand is better known to the Indian public as a very desirable tourism destination offering a wide variety of options for pilgrims, adventure seekers, wildlife enthusiasts, nature lovers and those seeking wellness and rejuvenation.

But in recent times, it has also emerged as a hub of industry and commerce, with thriving units in sectors such as automobiles, food processing, information technology, textiles, renewable energy, biotechnology and horticulture, besides, of course, tourism.

Large Indian business houses such as Mahindra, Adani, Patanjali and Amul, among others, have announced investments of Rs 70,000 crore ($9.5 billion) in the state at the recently concluded Uttarakhand Investment Summit in Dehradun.

Growing faster than the national average

Forward looking industrial policies and generous tax benefits have led to massive growth in capital investments in the state over the seven to eight years. The state has clocked a compounded annual growth rate of 10.86 per cent between 2011-12 and 2017-18 to record a gross state domestic product (the state equivalent of the more popular GDP) of $33.21 billion. The net state domestic product has grown at a faster clip of 11.07 per cent over this period.

Figures put out by the Department of Industrial Policy & Promotion (DIPP) show that cumulative FDI inflows between April 2000 and June 2018 was $680 million.

The Uttarakhand government has a single window clearance system for approvals and licenses; the entire process is web-based and allows investors to obtain necessary licenses and permits without having to physically interact with any authority.

This improves ease of doing business in the state and removes any possibility of corruption or red tape. A survey by the National Council of Applied Economic Research, a highly respected independent non-profit think tank in India, on Perception of Good Business Climate ranks the state as the least corrupt in India. It was among five states – the others being Gujarat, Andhra Pradesh, Assam and Himachal Pradesh – where more than 90 per cent of the respondents said they faced no problems in getting land.

To facilitate a seamless transition from concept to cash flow, the state has set up an Investment Promotion & Facilitation Centre (IPFC) as a one-stop-shop for the investors providing handholding support in a structured, focused and comprehensive manner. 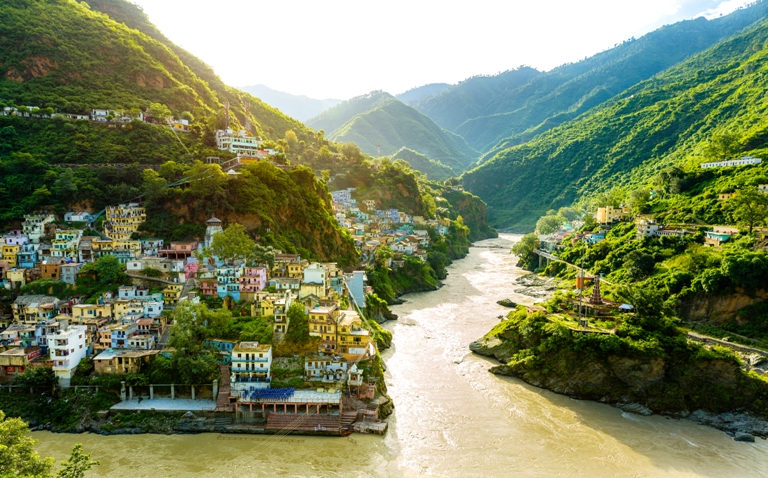 Investors, especially foreign investors are often daunted by the convoluted and bureaucratic rules and regulations that govern the investment process in India. To overcome this hurdle, the Uttarakhand assembly passed the Uttarakhand Right to Service Act, 2011 and The Uttarakhand Enterprises Single Window Facilitation and Clearance Act, 2012. These statutory provisions facilitate the delivery of permissions, licenses and approvals to investors in a time-bound manner.

Other measures to improve the ease of doing business include:

Uttarakhand, which is located at the foothills of the Himalayas, is fortunate to have almost every agro-geo climatic zones making it attractive for floriculture, horticulture and food processing. The state has more than 175 species of rare medicinal, aromatic and herbal plants. 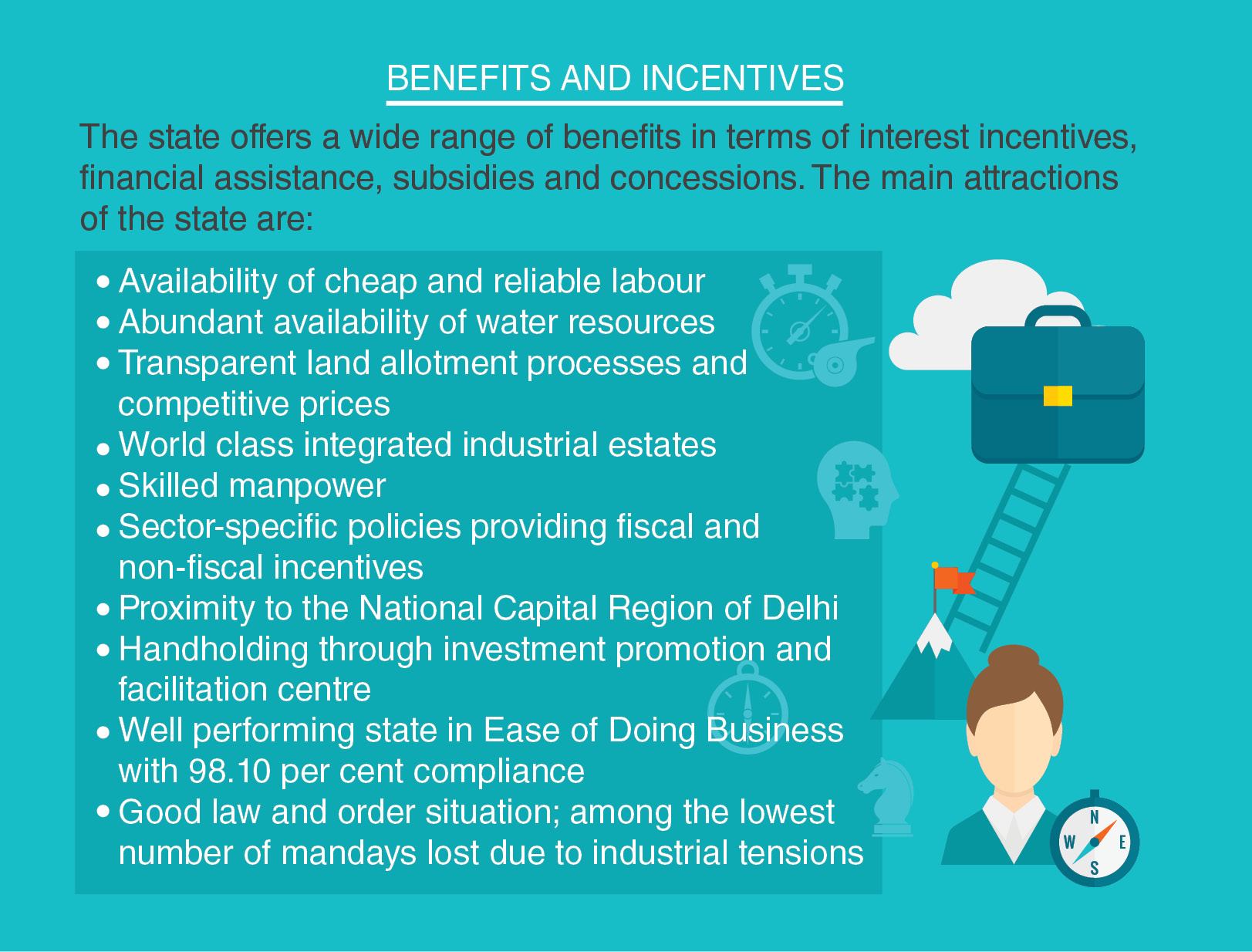 The abundance of rivers makes the state a key destination for hydropower generators. According to government of Uttarakhand figures, the state has a hydropower generation potential of 25,000 MW, of which only about 3,500 MW has been harnessed. Another 12,500 MW has been awarded to various private and public sector companies, leaving an untapped potential of about 9,000 MW.

Then, its close proximity to India’s capital New Delhi and excellent road, rail and air connectivity with the rest of the country makes it an attractive investment destination.

Uttarakhand is currently ruled by the BJP, which won 57 seats in its 70-member Assembly last year. The Indian National Congress (INC, aka Congress), which had ruled the state from 2012-2017 won 11 seats.

Trivendra Singh Rawat of the BJP was elected Chief Minister of the state following the BJP’s victory in 2017. Rawat is known for his clean, incorruptible image, austere lifestyle and administrative and political acumen.

The Adani group is investing Rs 6,500 crore ($900 million) in the state. Of this, almost 80 per cent will go into a metro rail project, 15 per cent on power transmission and the rest on setting up a logistics park.

The Mahindra Group will invest Rs 550 crore ($70 million) on setting up an automobile assembly plant, a tractor plant and resorts.

Following the devastating floods in 2013 which killed 5,700 people, the Supreme Court has halted the construction of hydropower projects in the state. Environmentalists assessed that rampant deforestation and unregulated development were the main causes.

The state’s ecology is very fragile, and this will have to be managed very carefully. So, industries will have to follow stricter environmental norms than in most other states. The government will also have to balance the needs of industrial growth and development with the need to maintain the ecological balance in the state.