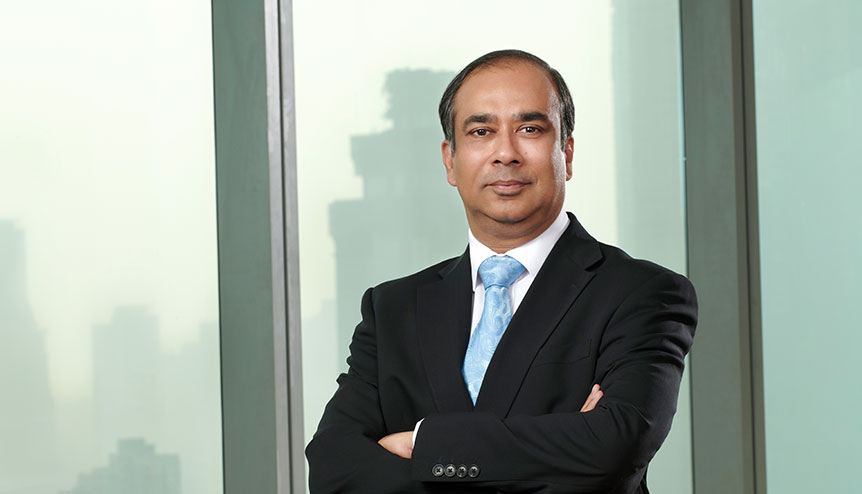 The MD and CEO of Siemens India expands on how the company’s Project Asha is addressing the severe development deficit in rural India.

Mokhada Block, Palghar district, Maharashtra, a complete tribal belt is around 130 kilometers north of India’s financial capital Mumbai. The nearest town is Wada, 27 kilometers away. The village lacked basic amenities that city-dwellers take for granted. Every year, during monsoon, most of the villages in Mokhada would be cut off from the rest of the world by the raging waters of an overflowing river. The rest of the year would then see dry spells and the villagers walked for miles for water. There was little water stored for year-round irrigation and the communities survived on one crop harvest a year. Fatality rates due to water-borne diseases and malnutrition were high, literacy was low, and seasonal migration to cities was rampant. The nearest health centers were 15-20 kilometers away. For every 10 villagers there was one death in a year – either during birth, alcoholism, dysentery, diarrhea or other medical conditions. Migration was at peak due to lack of livelihood. There were villages who had not seen electricity at all and the few who has, have rarely benefitted due to regular power cut offs.

With Project Asha, Siemens India addresses the severe development deficit in the rural areas and it all started with the intervention in Mokhada. Started in 2012 from a remote village, the project now is spread across in 72 villages in Maharashtra of Mokhada Block, Palghar District and Aurangabad Division impacting over 500,000 lives. With both regions facing water scarcity on a regular basis, watershed development was the need of the hour. Using Design Thinking and Outside–in approach, issues of water, livelihood, electricity, health, sanitation and education were identified. These issues were addressed by creating models involving Siemens technologies and employees for inclusive and holistic development of population.

Inclusive technology such as off-grid solar power solutions using pumps and drives provides access to 110 million litres of water for agriculture and household requirement. Installation of water filters gave access to potable water and reduced water borne diseases due to this there was general reduction in out of pocket expenses of the community. Watershed development interventions for rain water harvesting, have made the villages access to year-round irrigation and a source of livelihood. Village after village has seen dry caked brown earth turn into green patches. 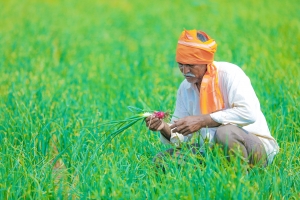 The simple intervention made more than 1,100 acres of land irrigable increasing income of 500+ farmers. Income levels on average have improved by 55% and there are cases who have reported doubling of income. This has led to 35% reduction in migration as villagers now have work in their field all through the year, which earns a better livelihood. The farming communities are now able to maintain their livestock, harvest up to 3-4 crops per year. Upgradation of heath care services and installation of Sonography machines helped in early detection of abnormalities during pregnancy reducing infant mortality rate and maternal mortality rate in a population of over 500,000. Introduction of STEM (Science, Technology, Engineering and Mathematics) an initiative to promote curiosity-based learning, promote scientific temper thereby improving learning outcomes in schools.

This led to increase in livelihood opportunities, income of families, quality of education, electrification of villages, water for drinking and irrigation, reduced infant and maternal mortalities. Project started from one village in 2012 has substantially enhanced living conditions using sustainable and inclusive technology that is scalable and replicable.

The sustainability of the project can be attributed to the use of simple and inclusive technologies that can be managed by the community itself. The governance model of the project empowered the community to overcome obstacles despite difficulties. We plan to scale up to an entire administrative block of 255 villages in Palghar with the project positive impact being witnessed in villages of Mokhada and in Aurangabad division.

The project was conceptualized and implemented by involving stakeholders such as the community, local government, NGO, knowledge partner IIT Bombay and employees of Siemens India. This governance model ensured that the project was implemented without any obstacle despite difficulties. Currently, the sustainable, eco-friendly initiatives especially in watershed development have created immediate impact. Once trained the local communities can manage these solutions by themselves. These sustainable and inclusive solutions are replicable and scalable. The partners have a clear understanding of the project and are supporting Siemens, which is a thought leader in  the area of Business to Society.

Siemens India is a technology powerhouse that has stood for engineering excellence, innovation, quality and reliability. Siemens focuses on the areas of electrification, automation and digitalization. It is one of the leading producers of energy-efficient, resource-saving technologies; combined cycle turbines for power generation; and power transmission solutions. Siemens is a pioneer in infrastructure solutions and automation and software solutions for industry as well as a leading provider of healthcare, financing, PLM, rail automation and wind power solutions.

The history of Siemens in India dates back to 1867, when the founder Werner von Siemens personally supervised the laying of the first telegraph line between London and Calcutta. The first company office was founded in 1922. In 1957, Siemens was incorporated as a company under the Indian Companies Act and was listed on the stock exchanges in 1970. Siemens is one of the few multinational companies in India to have uninterrupted operations in India for over 90 years.

Siemens’ Corporate Citizenship strategy has been firmly anchored with our corporate values of Responsible, Excellent and Innovative. It focuses on issues within the ambit of Social, Education and Science, and Environment. Project followed the concept of ‘Business to Society’, which is based on the belief that it was not just about ‘giving back to society’ but to address the needs of the society through technical competency and know-how. Project Asha successfully tested social innovations and ingenuity such as the deployment of drives for solar applications, setting up micro grids, water filtration units and other incremental social innovations. Corporate Citizenship is an integral part of our corporate strategy.

About the Author: Sunil Mathur