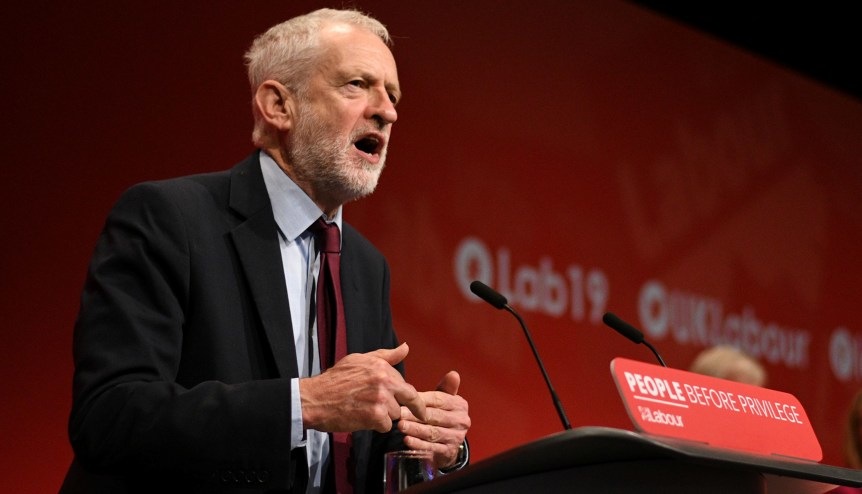 Labour’s politics is terribly and recklessly out of sync with Britain’s business and wider strategic interests in aligning with democratic India; the US Democrats would do well to take note, writes India Inc. Founder & CEO Manoj Ladwa.

The Labour Party has historically enjoyed good relations with India and its 1.5-million strong diaspora community in the UK. The overwhelming majority of British Indians have traditionally voted for Labour. It has long been felt that the Labour Party has best represented the interests of immigrant communities. But no longer.

In the biggest jolt to India, and the Indian community’s relationship with Labour that I can ever remember, the party at its annual conference earlier this week passed a resolution which demanded international intervention and a campaign for self-determination in Kashmir. In uncharacteristic bluntness and speed, the Indian Ministry of External Affairs (MEA) spokesperson issued an instant rebuke with the words: “Clearly, this is an attempt at pandering to vote-bank interests.” Raveesh Kumar, who branded the move “uninformed and unfounded”, went further to declare that there is no question of India engaging with the Labour Party or its representatives on this issue.

The resolution about the Indian state of Jammu & Kashmir is ill conceived, misinformed, and will only further alienate the vast majority of Indians from Labour. The revocation of Article 370 was constitutional, democratic and just, giving women, minorities, LGBTQ communities at last the rights which the so-called “special status” denied. It’s ironic that Labour, the historic flag-bearer of liberal social values, through adopting this resolution, seeks the continued oppression of these communities.

Under Jeremy Corbyn it is obvious that the relationship has become fractured. Having been a member of the Labour Party for over 20 years, before I resigned soon after Corbyn took over, and having run many of its community engagement programmes, I have had first-hand experience of its changing face. I therefore have no hesitation in saying that Labour now has an institutional bias against India and Indians.

I left the Labour Party precisely because it no longer is a party of the many. Much of its policy-making has been hijacked by a coalition of hard Left extremists and Jihadi sympathisers. Corbyn’s long-held support for separatist and often violent causes around the world is well known. Under his leadership, Labour pretends to speak in liberal terms but panders to the most illiberal ideologies. This is a slippery road to more divisions in British society, precisely at a time when Brexit-torn Britain needs politicians to build bridges with all communities and friendly nations like India.

India is today the third-largest investor into the UK and Indian companies are at the forefront as the largest employers in the country’s manufacturing sector.

Hence, with the prospect of a Corbyn-led government, one would not blame Indian companies if they start to re-evaluate their UK investment plans, just as British Indian voters have started to turn their backs on their traditional party of choice. This would be a real shame, given the immense work over many years by both countries, and successive governments of all shades, to build an otherwise robust trade, investment, and strategic relationship.

This Labour Party is, however, unable to reconcilethe re-emergence of its militant tendency in a much more potent avatar, with a new, confident,outward-looking, and economically progressive India. Labour’s politics is terribly and recklessly out of sync with Britain’s business and wider strategic interests in aligning squarely with democratic India.

In a book titled ‘Winning Partnership – India-UK Relations Beyond Brexit’ that I edited, Britain’s former Ambassador to India, Sir Michael Arthur, questioned whether the UK needed India more or vice versa. He concluded: “India will need to be an important part of Britain’s global leg — if India sees its interests that way.”

Under Corbyn, the days of New Labour, and its centrist politics, are truly over. But the days of New India are firmly here. It’s high time Labour smells the chai. But I fear it may be already too late. The US Democrats would do well to take note.

Manoj Ladwa is the Founder and Chief Executive of India Inc. and a former Chair of the Labour Party’s Indian Community Engagement Forum.