Skip to content
UK is a destination, not a stopover, for Indian banks

UK is a destination, not a stopover, for Indian banks 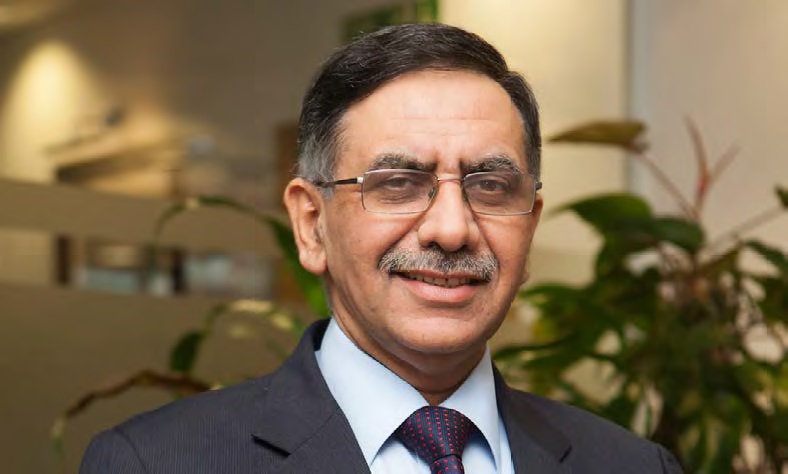 Sanjiv Chadha is the Regional Head for the UK for State Bank of India (SBI), India’s largest state-owned bank. The London-based executive, also Chair of the Association of Indian Banks in the UK, took time out for ‘India Global Business’ to elaborate on SBI’s move from a branch of the Indian entity in Britain into a standalone subsidiary, in line with regulatory requirements, and how the Indian roots of the bank have proved a big asset.

What will the launch of SBI’s UK subsidiary mean for clients and the bank?

We will be launching our UK subsidiary on April 1. This is a process which began nearly two years ago. We have had our retail presence in the UK and now, what was earlier a part of State Bank of India, will become a UK incorporated banking entity.

There will be no dislocation as far as customers go because they will be coming to the same branches, meeting the same staff members and putting transactions through in exactly the same way. Nevertheless, it means a change in the strategic focus for the bank. As SBI will now be a UK subsidiary, we will be focussing much more on the UK market. We will be looking to do more business in the UK, expanding the products that are designed for the UK market and the UK will become much more important as part of our targets.

While there will be no visible change, the brand changes to State Bank of India UK Limited. The 12 retail branches that we have – seven in London and the rest outside London – will become branches of SBI UK Ltd. Apart from that, if we look at the day to day, there will be no dislocation. It would give us an opportunity to focus on the customers even more. The governance of the subsidiary would be looked after by the board, with directors based out of the UK which will give us the benefit of their expertise and knowledge. So, the customers, in fact, can be even more assured in terms of what the bank is doing for them.

For SBI, the UK has worked as a platform for doing business globally. London is an international financial capital and a premier international centre of the world, so that has worked very well for us.

With the UK subsidiary, we will continue doing what we were doing, which is focussing on the global market but also looking closely at the UK market. So, the India-UK trade corridor – investments going from the UK to India and also Indian companies looking to invest in the UK – would be our primary focus. And, I believe, SBI should be a partner of choice in that corridor.

How does SBI hope to overcome the negative impact of recent Indian banking scandals?
As far as SBI is concerned, there is no question about the credibility of the institution and also the backing that it has from the government of India. I don’t believe there is any anxiety that has to be addressed.

Having said that, the fact is that there are always ups and down in various businesses in various parts of the world – be it the UK, US and elsewhere. Therefore, having a diversified balance sheet gives you the opportunity and benefit that even if there is some dislocation in one market of operation, the other markets are there to balance things. This has been the biggest advantage for the UK operations of SBI and being able to draw strength from various countries. As a subsidiary, the capital will be ring-fenced and that brings an additional comfort level.

Do non-performing assets (NPAs) cast a dark shadow on global expansion plans?
I would not say so. In so many ways it underlines the case for banks to have diversified balance sheets. The fact that SBI has 25 per cent its assets outside India is a source of strength. For our UK operations, a majority of our assets not being India-based means that even if there is any temporary downturn in the Indian economy, we will be able to handle such issues well.

The UK operations are in very good shape and the asset quality is very good and we will keep on trying to further diversify.

On NPAs specifically, there are a lot of changes that have happened in India in the last two-three years. When you have a problem, you begin to address it. The biggest change that has happened is the Indian Bankruptcy Code and National Company Law Tribunal, which would mean that like in the UK if there is restructuring required it can be done in a reasonable time frame.

So, in a way this is an opportunity and the good news is that the Indian government has not wasted the crisis and used it to make changes that will be of abiding value.

How important is SBI to the diaspora as a “living bridge” of the UK-India relationship?

We recognise the fact that the diaspora is the reason why we came to the UK in the first place and that will remain at the core our operations.

However, while not losing our focus on that, we are able to cater to the broader market and ensure that the services that the bank offers in the UK are as good as any competing bank.

All our branches in London or outside the city are on the high street and open seven days a week, to make sure that we remain friendly to our customer – both of Indian origin as well as the wider population.

Apart from the wholesale branch, SBI has 12 branches which will be spun off into the subsidiary, seven in London and five outside London – in Manchester, Birmingham, Wolverhampton, Leicester and Coventry – cities at the heart of the diaspora population in the country.

Would you say Brexit is a considerable worry for the sector?

From the perspective of State Bank of India, two years ago we had to take a decision on whether we should be incorporating the subsidiary, marking a commitment for the long-haul, or wait to see how Brexit turns out.

We took the decision that regardless of what happens in the referendum, SBI is fully committed to the UK market and we would go ahead because as far as we are concerned, the UK market is one of tremendous interest and promise to us and that is unchanged regardless of Brexit. London is the best place for us to base our international business in, we find the regulatory climate proportionate and supportive. The UK remains a very compelling proposition from a business viewpoint.

However, there are a few Indian banks as UK subsidiaries which have branches operating in Europe and those would be impacted. But even for them, a large proportion of the operations are in the UK. Compared to many other international banks which have used the UK as a gateway to Europe, for Indian banks the UK has been a destination and not a stopover. So, the impact will be limited.

We have great faith in the capacity of the economy, which is open and flexible. The UK is the fifth-largest economy in the world, so the opportunity it offers is unrivalled – in terms of the legal system and regulatory structure.

I have no doubt that regardless of how Brexit turns out – soft or hard – the attraction of the UK market would remain unimpaired.

How does being a Global Indian impact your decision-making?

I would say beyond Indian roots, it is the impact of SBI roots. The bank in India and the world over stands for transparency, high standards of ethics and those are the values we bring to the UK market. And, they are equally important globally to build trust and do business.