Skip to content
UK and India: A partnership of equals

UK and India: A partnership of equals 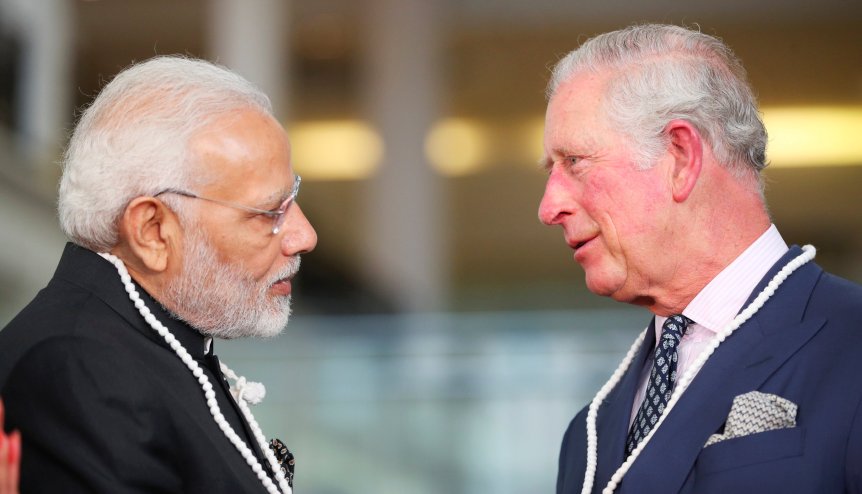 The slew of agreements signed during Indian Prime Minister Narendra Modi’s recent visit to the UK has laid the ground for UK and India to realise the true potential of their relationship.

The potential synergies between British Prime Minister Theresa May’s idea of a Global Britain that does not retreat into isolation after Brexit and Indian Prime Minister Narendra Modi’s vision of fully integrating India into the global supply chain for the mutual benefit of both India and the world are massive.

But if one considers numbers as well as perception, it will be difficult not to conclude that the UK-Indian relationship is one that has traditionally punched below its weight in both international and bilateral matters.

Experts and analysts on both sides as well as well-wishers in other countries have nudging the leadership of the two nations to do more to fulfil the potential that obviously exists but this has only resulted in the decades of benign neglect being replaced with a transactionalism that is reducing ties to a zero-sum-game of gaining access for British goods into India while New Delhi stubbornly refuses to give any quarter till London accepts its demands for easier access to the British job market and British universities for Indian professionals and students.

Then, a Global Britain and a Global India can forge a lasting partnership that can help provide an increasingly divided and insular world the leadership it desperately needs to revive the values of globalisation, trade, openness and cooperation that gave the world its longest unbroken period of economic expansion and prosperity.

So, it was with cautious optimism that foreign policy experts welcomed the slew of agreements and memoranda of agreements signed between the two sides during Modi’s recent visit to the UK.

While these are not quite the equivalent of the trade deal that many people are hoping the two sides will soon sign, they do signal a determination to arrest the drift and give the relationship a sense of direction that can only be described as positive.

The more than two dozen pacts and MoUs are an acknowledgement of the fact that the UK, as a global financial powerhouse and technology leader, can find many synergies with India, the world’s fastest growing major economy, with a billion-plus aspirational consumers.

India has always looked at the UK not only as an entry point to the rest of Europe and especially the European Union but also as an important source of technology and knowledge in areas where it lacks indigenous knowhow.

The agreements signed during Modi’s most recent visit to the UK squarely addressed this issue as will be evident from the list of such MoUs below.

The two countries signed an agreement to establish an overarching cyber relationship framework to develop a common understanding of the issue internationally. They will discuss ways and means to improve the security such products and services, share research findings from each country and promote the development of products that enhance cyber security.

This is especially relevant and could serve as a stepping stone to a closer strategic and security partnership. With technology playing a central role in every country’s military capacities and with AI moving to the centre stage of such power, the UK-India partnership of cyber security can play a major role in securing the economic, political and military interests of the two countries and those of nations that each considers friendly. This cooperation is particularly relevant in the light of the advances made by China in the field of cyber warfare.

Nassom and techUK, the apex bodies representing the technology sector in India and the UK, respectively, have set up the UK-India Tech Alliance, to collaborate on skilling professionals in both countries in new technologies by with the active support of the two governments. It proposes to leverage the existing deep base of knowledge that exists in India and UK to build this knowledge edifice. Leading stakeholders – both corporate-institutional as well as individual – from the technology industries of the UK and India will be part of this alliance. The aim of this agreement is to assist the two governments to develop relevant policy on cutting edge technology by providing a forum for regular dialogue and the exchange of ideas.

The UK agreed to the creation of a UK-India Tech Hub that will be located in the premises of the British High Commission in New Delhi. This hub will provide a network of people and have an agenda that generates ideas, investment and prosperity for the two countries. Its remit will include tracking and adapting the latest developments in the technology world including artificial intelligence, future mobility, electrical vehicles, big data, healthcare, cyber security, digital manufacturing and digital identity.

Specifically, the two countries will collaborate on artificial intelligence and digital healthcare by collaborating on pilots in India’s Aspirational Health Districts by applying evidence-based healthcare in vogue in the UK, AI and other technologies to strengthen healthcare delivery especially in areas such as primary, secondary and tertiary care, including self-care, eye care, diabetes and cancer.

The Indian government has announced that a large part of its automobile and commercial vehicle fleet will be powered by electricity by 2030 and the country is well on its way to achieving the target of generating 175 GW of electric power from renewable energy sources such as solar, wind and biomass.

But substantial technological challenges still persist, most notably in the field of storage technology, which is sine qua non for providing balancing capacity for the inherently infirm nature of solar and wind power. This hub is expected to help generate solutions for the challenges that still exist en route to that goal.

The UK and India agreed to hold the Technology Summit II in the second half of this year to bring together under one roof leading scientists, tech innovators, entrepreneurs and policy makers from the two countries to discuss and design solutions for future challenges.

The agreement to create tech clusters, which probably draws from Modi’s experience at Chief Minister of Gujarat, when he leveraged the synergies emanating from business clusters to push the economic growth of the state, will connect the leading tech institutions of the UK and India to facilitate cooperation among them and create a platform for tech companies in each country to invest in the other in order to create jobs and prosperity in both.

The UK, which has successfully rejuvenated the Thames, will help India replicated that experience in the Ganga, which is now considered one of the most polluted rivers in the world. The National Environmental Research Council, UK, signed an MoU with the National Mission for Clean Ganga to support the Indian government in sustainable management of the Ganga basin through project-based and policy-based collaborations as well as through the exchange of experts from the UK.

The Modi government has taken up the mission to clean the Ganga and a rejuvenation of the river basin, which spans states such as Uttarakhand, Uttar Pradesh, Bihar and West Bengal and provides livelihoods to almost half a billion people will add billions of dollars to the country’s GDP and help uplift many millions of people living it its catchment area.

Skill India is a major flagship programme of the Modi government and has succeeded in providing and upgrading livelihood skills to millions of people to prepare them for jobs in industry and the services sector. The pact for providing vocational education and training will promote greater collaboration in high demand sectors where the UK has technical expertise. It will also provide for collaborations between British and Indian institutions for providing apprenticeships, quality assessment and certification. 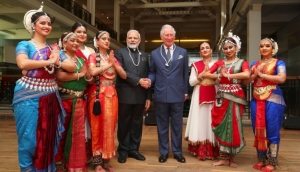 India’s NITI Aayog has signed a statement of intent with the UK’s Department of Business, Energy and Industrial Strategy to explore the potential for regular engagement and co-operation in areas such as electric vehicles, artificial intelligence, fintech, and advanced manufacturing.

The Atomic Energy Regulatory Board of India has come to an agreement with the Office for Nuclear Regulation of Great Britain (ONR) on the safe use of nuclear technology for peaceful purposes that will enable the exchange of safety-related information on construction, commissioning, operation, waste management and  decommissioning of civil nuclear installations. The two sides will also collaborate on preparedness and management of nuclear and radiological emergencies.

Modi has pledged to double farm incomes by 2022 and animal husbandry and related activities forms a key component of the plan to redeem that promise. The UK and India signed an MoU to cooperate in the fields of animal husbandry, dairy farming and fisheries that includes help on dairying, breeding, fisheries and exchange of scientific personnel among other things.

India’s millennia-old medical system is fast gaining popularity in the UK and the rest of the world. To facilitate this spread, All India Institute of Ayurveda, under the Ministry of Ayush, will set up a Centre for Excellence in Ayurveda in the UK in collaboration with the College of Medicine. The two institutions have signed an MoU on the development of evidence-based guidelines for integrating Ayurvedic principles and practices with modern medicine, and to develop necessary guidelines for promoting Ayurveda education in the UK.

Besides, the above, the two sides also signed several agreements on the launch of a fund to finance the growth of eco-friendly and sustainable businesses in India with participation from the private sector, and also announced new dialogue on investment to improve mutual understanding of priorities and review future opportunities for cooperation.
Apart from issues of mutual benefit, and in keeping with their potential as agents of positive global change, the UK signed the framework agreement of the International Solar Alliance, becoming, in the process, the 62nd member country of that global body.

There are some other agreements and MoUs that are not part of this review that also add considerable heft to the depth and width of the collaborations planned between the two countries.

Will these lead, as many are hoping, to the fulfilment of the potential that this bilateral relationship between a former colonial power and its erstwhile colony that has morphed into a collaboration of equals?

It may be too early to pass judgment on that but it is beyond doubt that with these agreements and MoUs in place, a Global Britain and Global India are closer than ever before to at least start punching in their own weight category. All it needs now is proper shepherding to take it to the next level.