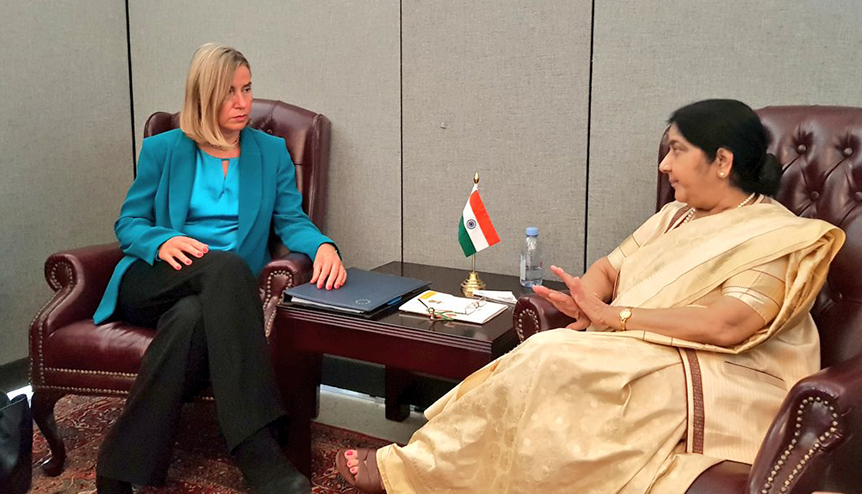 Beyond the much-hyped clash with Pakistan, the 73rd United Nations General Assembly had a lot more on the cards for India.

Indian External Affairs Minister Sushma Swaraj issued a rallying cry for reform during her address at the UN General Assembly in New York at the end of September. At its heart lay India’s long-standing demand for the UN Security Council to reflect the realities of the 21st century.

“Reform cannot be cosmetic. We need to change the institution’s head and heart to make both compatible to the contemporary reality,” she said.

“If the UN is ineffective, the whole concept of multilateralism will collapse,” she warned.

Her sentiment that the UN must not become the instrument of a few at the cost of the many would resonate with many who share India’s view that the current composition of the 15-nation UN Security Council does not reflect the changed global realities.

While UN reform may have been at the heart of her address, the focus was understandably on the much-hyped India-Pakistan clash in the lead up to the General Assembly. Swaraj, not one to mince her words, was unequivocal in the country’s stance on cross-border terrorism and the frustrated peace process with the neighbouring country.

“In our case, terrorism is bred not in some faraway land, but across our border to the west. Our neighbour’s expertise is not restricted to spawning grounds for terrorism; it is also an expert in trying to mask malevolence with verbal duplicity.”

Beyond this tirade, she also urged the UN to adopt the India-initiated Comprehensive Convention on International 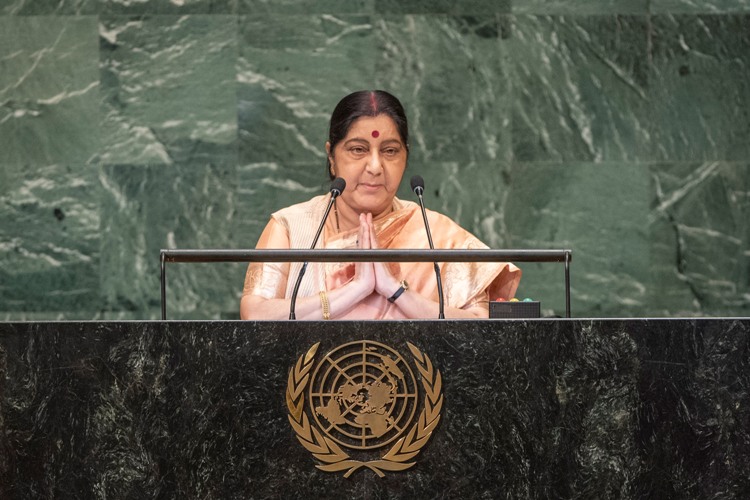 Terrorism (CCIT) in order to enshrine a clearer definition of terrorism worldwide.

“The CCIT was proposed by India in 1996. In 2016, despite the passage of two decades, we are yet to come to a conclusion. As a result, we are unable to develop a norm under which terrorists shall be prosecuted or extradited. Therefore, it is my appeal that this General Assembly acts with fresh resolve and urgency to adopt this critical Convention,” she noted.

Her underlying message was that though the international community has become increasingly aware of Pakistan’s role in promoting terrorism, the absence of an international agreement on the definition of terrorism allows Pakistan to characterise terrorists as “freedom fighters”.

Swaraj’s appearance at the UN global stage came amid a particularly tense time in India-Pakistan relations, in the aftermath of the brutal murder of Indian soldiers in the Jammu region. Her snub to Pakistan Foreign Minister Shah Mehmood Qureshi on the sidelines of the General Assembly was symbolic of this freeze in ties.

However, the Indian minister also used the global platform to highlight some of the significant reforms being undertaken by the Indian government, including the world’s biggest health insurance programme recently launched by Prime Minister Narendra Modi to benefit 5 million Indians as part of a pledge to build a clean, healthy, educated and energised India.

As part of the country’s fight against climate change, she flagged India’s target of generating 175GW of solar and wind energy by 2022 and reiterated that the International Solar Alliance (ISA) launched with France has been already signed by 68 countries.

“The alliance aims to mobilise technology and finances to lower unit costs,” she said.

The minister also informed the UN about steps being taken towards women’s empowerment, including the Ujjwala scheme, under which 50 million gas connections have been provided so far, and 26-weeks’ maternity leave.

“In India, we have implemented what women across the world need,” she declared.

It was a busy time for the Indian delegation at the UN meet, attended by over 120 UN member states. Requests for an estimated 30 bilateral meetings had been received for the Indian External Affairs Minister.

Over the course of the week-long deliberations, Swaraj tackled the issue of climate change, participated in the Non-Aligned Movement (NAM) Ministerial Conference on Palestine and attended other meetings including the India-Brazil-South Africa (IBSA); Brazil, Russia, India, China and South Africa (BRICS); and South Asian Association for Regional Cooperation (SAARC) meets.

India’s over-arching message to the UN was loud and clear: “Step by slow step, the importance, influence, respect and value of this institution is beginning to ebb… The United Nations must accept that it needs fundamental reform.”