Skip to content
Time to raise our game on gender balance

Time to raise our game on gender balance 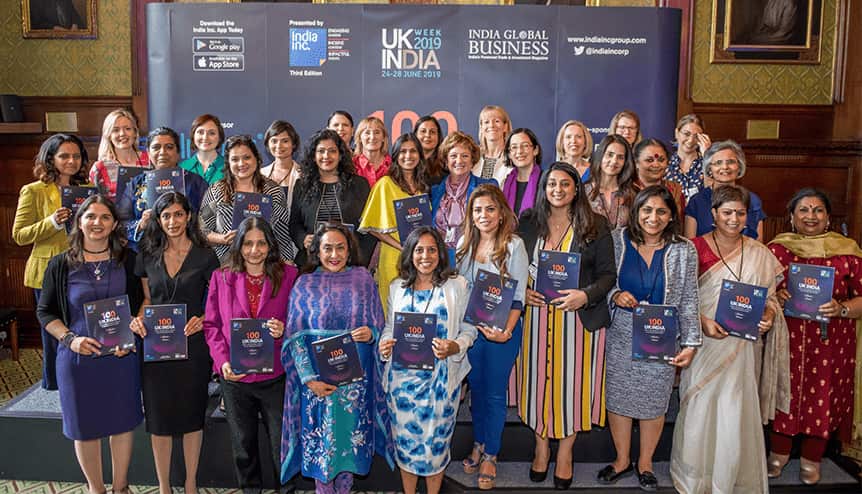 India Inc. Founder and CEO Manoj Ladwa reflects on the imperative for gender equality in leadership and the need to walk the talk on International Women’s Day.

As I was walking through Dubai Airport this week, I was startled by a Standard Chartered advertisement which pointed out that only 6.6 per cent of women are CEOs of Fortune 500 companies and globally, we are still battling an average 32 per cent gender gap. These figures are woefully low for 2020 and International Women’s Day once again brings that into stark focus.

In Dubai, I was addressing the WION Global Summit around the theme of “Navigating and Negotiating Global Imperatives” and gender balance is most definitely one of the most important global imperatives. A fellow speaker, Aleqa Hammond, the former Prime Minister of Greenland, had some refreshing figures to share as she proudly declared that in their Parliament, 50 per cent of the members were women. That is a figure that would be the envy of any major democracy working towards achieving some level of female parity on their political benches.

Hammond went on to highlight that in all the key socio-economic indices, such as health and education, it is the women in Greenland who fare far better than men. “So, it’s women who are helping men to raise their game and not the other way around,” she quipped, to wide applause.

And, indeed, it must be a coordinated effort if we are to raise our game in the face of some of the biggest challenges faced by the global economy today, from climate change to the impact of the coronavirus. However, it is unfortunate that some of the most mature democracies of the world continue to lag behind the example set by the island nation of Greenland.

The US presidential race began with a promising string of female Democratic contenders ready and willing to take on Donald Trump, including California Senator Kamala Harris, Kristen Gillibrand from New York and Amy Klobuchar from Minnesota. But as Senator Elizabeth Warren pulled out of the race this week – the last remaining female candidate – we are once again left with a typical establishment race for the White House that is entirely white and male. Yet another missed opportunity for the world’s most powerful democracy to elect a female leader.

However, Democrats have not given up hope yet and are convinced that Joe Bidden, the frontrunner for the Democratic nomination now, is under some considerable pressure to choose a female running mate for Vice-President. This in itself would be a major step in the right direction because a capable Vice-President has all the makings to go after the top job in time.

A country like India seems to have had a somewhat better grasp of this global imperative, with a decent track record on women in leadership roles, including the first female Finance Minister in Nirmala Sitharaman. Prime Minister Narendra Modi recently sent shock waves throughout his social media fan base, and probably also among the tech giants that run these platforms given that he is one of the most followed people in the world, when he cryptically indicated plans to step away from his social media. The next day it emerged it was his very own nod to International Women’s Day, as he “gives away” his social media accounts to women whose life and work inspire us. “This will help them ignite motivation in millions,” he said.

It is simply that igniting which is required. There is an abundance of talent out there but often that glass ceiling seems unbreakable. India Inc. did its own bit towards igniting such talent with its first-ever all-women power list in 2019. The ‘100 Most Influential in UK-India Relations’ list was not only a celebration of the achievements of women across different sectors but also an inspirational endeavour to showcase the role models for the next in line to follow suit.

A number of global studies have highlighted how it makes business sense to work towards gender parity. American consultancy Korn Ferry had found in its research a few years ago how women outperform men in 11 of 12 key emotional intelligence competencies. As a result, Professor Richard Boyatzis, who co-owns the Emotional and Social Competency Inventory (ESCI), concluded that if more men acted like women in employing their emotional and social competencies, they would be substantially and distinctly more effective in their work. And, a similar Credit Suisse study had found that companies with more female executives in decision-making positions continue to generate stronger market returns and superior profits.

The stage is set and it is important we take regular stock – that is where International Women’s Day serves as a useful marker each year. And as my fellow speaker from Greenland pointed out, women are helping us all constantly raise our game.