The UK is losing the numbers game on Indian students 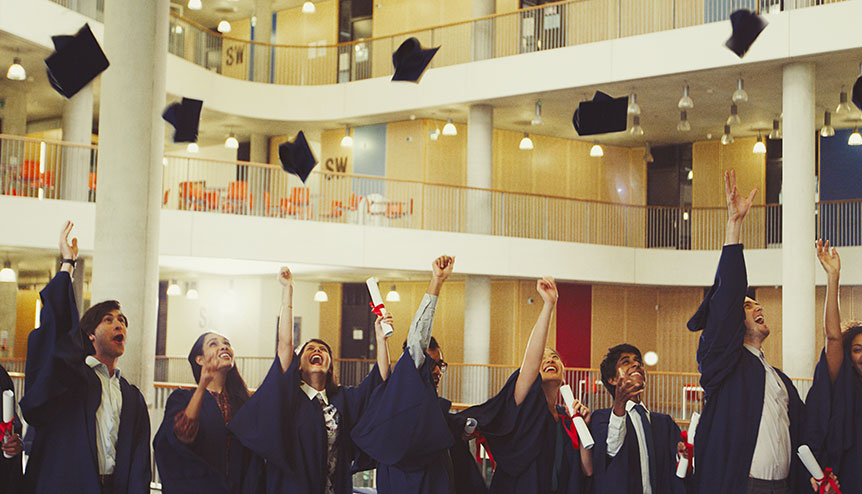 Since the peak of around 40,000 nearly 10 years ago, the figures for Indian students choosing Britain’s universities have been in free-fall. While the slide has been somewhat arrested recently, the numbers remain a far cry from what they were and, indeed, what they ought to be, given Britain’s world-class educational institutions and an aspirational Indian youth ready to be lured by destinations with decent professional promise.

The figures in this case really do speak for themselves – in 2010, the UK was home to around 40,000 Indian students, enrolled across various disciplines and educational institutions. A distinctive slide came soon after the rather short-sighted decision to revoke the two-year post-study work visa in 2012 by then Home Secretary Theresa May, who also oversaw progressively stringent student visa norms as overseas students were rolled into the overall net migration target. The impact of both these factors was instant and Indian student numbers went into freefall to hit a low of around 14,000. The message that was received in India was one of overseas students being problematic immigrants that would overstay their welcome rather than a talented pool of future ambassadors for the UK-India relationship who may go on to set up successful enterprises that would benefit the global economy.

The latest UK Home Office figures for 2018 peg the number of Indian students granted visas to study in the UK at 19,505 – marking a 35 per cent hike over the previous year. The UK government has understandably jumped on this, with many a prominent figure quoting the percentage hike as a sign that all is well again. But the reality remains that if the current levels are contrasted with some of the other big educational export success stories around the world, the UK’s failure to capitalise on one of the world’s largest overseas student markets is striking.

Ahead of the curve

The US and Canada are well in the lead as countries of choice for young Indians, with 211,000 and 124,000 on their rolls in 2018, according to official Indian Ministry of External Affairs (MEA) data. Australia (87,115), New Zealand (30,000) and even Bahrain (27,200) boast of numbers that prove that the UK is far behind despite all the hype around historic ties and a special bond between the world oldest and largest democracies.

Against the backdrop of an impending Brexit, European countries like Germany (15,308) and France (10,000) have been registering a consistent hike in numbers over recent years and continue to redouble their efforts to offer a far more attractive student experience and may well be on their way to overtaking the UK.

“The ability to work in a skilled job for a limited period after graduation is, for many prospective international students, an important part of the overall package when deciding where to study… improved post-study visa would put us on a par with what is offered by countries such as the US, Canada and Australia,” says Prof. Dame Janet Beer, President of Universities UK, the organisation which has been campaigning for a so-called “Global Graduate Talent Visa” to allow qualified international students to work in a skilled job in the UK for a period of two years after graduation.

And, a call for a more welcoming environment is not just echoed in the academic world but equally in the business world, with the British Chambers of Commerce on record calling for the removal of overseas students from the overall net migration statistics. The math is simple – while the UK continues to count international students as long-term migrants in its net migration target, there is continued pressure to reduce their numbers and adds to the perception that overseas students are not really welcome in the UK.

Some of this feeling of being unwelcome is down to perception and may not be entirely rooted in reality; but choosing the country a young student plans to call home for at least a few years is undoubtedly an emotional as well as a practical decision.

Study London, the Mayor of London’s official university guide, recently hailed new statistics which reveal that the number of Indian students choosing the UK capital jumped by 20 per cent in 2017-18, compared to the previous year. Along with China, which also registered a similar 20 per cent hike, India held on to its position as the fastest growing international student market for London.

Rajesh Agrawal, an advocate of more student-friendly norms as London’s Deputy Mayor for Business, says: “The statistics show that London is as big a draw as ever for the brightest young talent from around the world. London has more world-leading universities than any other city on the planet, and a buzzing cultural landscape which attracts international students from more than 200 countries. This is yet more evidence that London is open.”

London may well want to send out a message of being open but in the UK Home Office’s regularly updated list of countries perceived as high or low risk for a more streamlined student visa process, India is nowhere to be found. The omission is all the more jarring given that non-democracies like China, Bahrain and even Serbia find a space on a list of countries from where students face reduced checks on educational, financial and English language skill requirements to study at British universities.

“I consider this a kick in the teeth for India. This sends entirely the wrong message to India, to exclude it from these Tier 4 [student visa] measures. The government has simply got it wrong,” says Lord Karan Bilimoria, an ardent activist on the issue of fairer student visa norms as the President of the UK Council for International Student Affairs (UKCISA) and the new Vice-President of the Confederation of British Industry (CBI).

“India has always been one of Britain’s closest allies and an emerging global economic superpower. Excluding India from this list is myopically short-sighted and is damaging what has always been a special relationship between our countries,” he adds.

Besides the complexities faced by students applying for a visa or then not being able to stay on to gain some work experience at the end of their degree, there is also the question of astronomical fees that have to be dealt with.

The UK’s Royal Society conducted a detailed research into a cost-effective analysis of the UK’s visa offering for students and skilled professionals and found Britain lagging far behind most other nations. The UK’s £1,375 contrasts sharply with an average of £272 in visa costs imposed by other leading countries with a competitive higher education offering. “The UK must choose an approach to immigration that enhances our science base and drives our economy, jobs and international competitiveness. If the talent goes elsewhere, it will be the UK’s loss,” notes the Royal Society, the world’s oldest independent scientific academy. 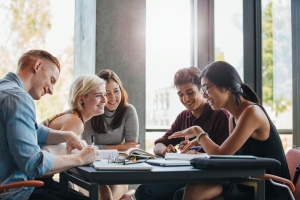 It is an indisputable fact that overseas students have to pay a premium in terms of tuition fees, which helps sustain the finances of leading universities struggling with regular budgetary constraints and state funding cuts. In such a scenario, it is certainly not rocket science to put in place regulations that are a win-win for all concerned – the overseas students who bring in the big bucks, the universities who benefit from their global worldview and the UK which would feel the ripple effect in years to come.

A new “International Education Strategy” launched by the UK government earlier this year envisions an annual 30 per cent hike in international students by 2030, which in turn is expected to boost the income generated by the UK’s education exports to £35 billion. These may well be conservative estimates and multiply further when combined with the tangential impact of overseas students on the UK economy, not least with Indian students’ families flooding in as tourists or investing locally to make their stay more comfortable.

The one important aspect of Britain’s impending exit from the European Union (EU) is in the field of immigration, when the freedom of movement rules are no longer in play for the UK as a non-member of the 28-member economic bloc. This had been much hyped in the lead up to the June 2016 referendum as a means of levelling the immigration playing field to make visa norms talent-centric and country-blind.

While the Brexit negotiations may still be stuck in a less certain stratosphere, the one certainty that seems to have emerged in the meanwhile is thanks to Jo Johnson – now the UK’s Minister of State in the Department for Business, Energy and Industrial Strategy and Department for Education under the new government headed by his brother Boris. The former universities minister’s amendment to the UK’s Immigration Bill was accepted by the UK Home Office recently, which would pave the way for lifting of post-study work restrictions for all international students in the UK.

While his amendment was Brexit-focussed to ensure the rights of students from the European Economic Area (EEA) even after the UK had left the bloc, his aim was a blanket change to the visa policy which would have to cover all overseas students as part of the UK’s post-Brexit immigration policy ending freedom of movement for EU nationals.

“International students, including students from India, would be treated on the same footing as EU students. The new clause mandates the government to provide a post-study work visa of at least two years and during that period students would be free to find a job with a sponsoring employer to take them on based on the threshold of a graduate salary,” explains the minister.

As part of the “International Education Strategy”, set to be rolled out in the coming years as Britain exits the EU, the UK Home Office had already announced plans to offer undergraduate and Masters’ students the chance to stay in the UK to look for work for six months after graduating. However, successive statements on the issue have renewed hope that a comprehensive post-study offer may be in the works for overseas students in the UK under a Boris Johnson led post-Brexit UK government.

Looking into the future

There is clearly a long way to go before some of the measures begin showing results and also the perception of an unwelcoming Britain starts to reverse in the eyes of Indian students. In a global market place, the UK is in tough competition with equally attractive higher education destinations around the world.

As the ‘International Graduate Outcomes Report 2019’ by Universities UK International points out, a majority of Indian student respondents to the survey said they would be more likely to do business and form professional links with the UK because of their study experience in the country. And, that is a natural corollary of an international student experience – they can be viewed almost certainly as ambassadors of the UK-India relationship because of an affinity to the country they would have called home during the crucial years of pursuing their qualifications.

“Indian students who go to the US or Australia do not develop ties with the UK, changing the way the UK will be seen for generations to come… These groups are vitally important, not just as consumers of a profitable UK export, but as a means of cementing lasting ties between the countries, and generating invaluable goodwill with India’s future leaders. Failure to reverse this trend would squander cultural capital built up over many decades of familiarity, and the international reputation of the UK’s universities and cultural sites,” warns the House of Commons’ Foreign Affairs Committee’s recent report ‘Rebuilding Bridges: Reawakening UK-India ties’.

It is still not too late for the UK to catch up on the student numbers game, which will ultimately resonate across all other key areas of the UK-India relationship – from trade ties to closer alignment on macro issues such as counter-terrorism and climate change.