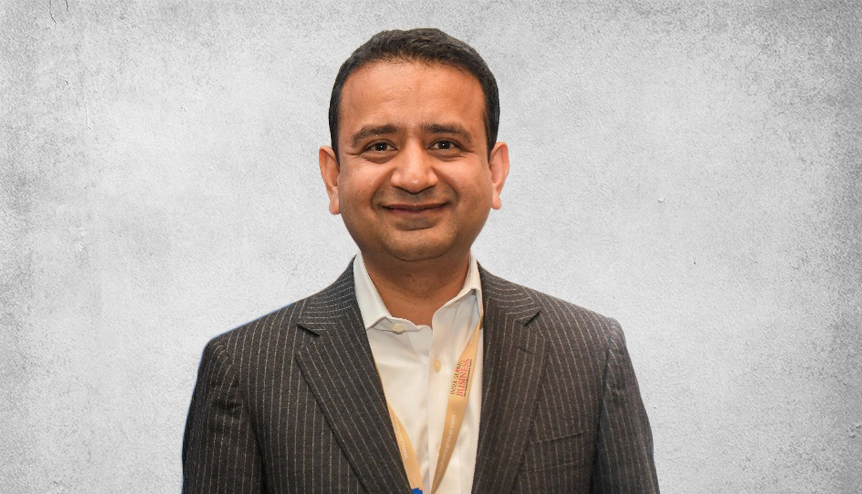 The banking sector head of one of India’s leading software giants, Infosys, explores the strengths of the bilateral partnership in the field.

Historically, India and the UK have been long-standing trade and investment partners. Over the past few years, the dynamic of this relationship has changed significantly driven by explosive growth, innovation and policy reform within India. A report by PwC predicts that India will become the world’s third largest domestic banking sector by 2050 after US and China. The prediction in itself throws light on the rapid pace at which the Indian banking industry is innovating to meet the growing needs of local and global markets.

While banking as an organised industry began in India during the British rule, the post-independence era has seen a succession of strategic, well-defined and far-reaching reforms such as consolidation of banking landscape, emergence of public sector banking, economic liberalization, foreign direct investment, etc., all of which have contributed immensely to unprecedented growth. The Reserve Bank of India (RBI) – the cornerstone of banking in the Indian economy and key regulator of the financial sector – and the government of India have continuously evolved their policies to keep pace with innovation. In 1991, the government called for economic liberalization of banks in India. This coupled with the IT boom spurred the growth of private sector banking where private finance companies became harbingers of next-gen banking, leveraging new technologies to meet the banking needs of India’s rising urban workforce. Later, as additional reforms were instituted to allow foreign direct investment, international banks too began making inroads into the Indian economy.

Post liberalisation, India has witnessed an influx of UK-based banks such as HSBC, Standard Chartered Bank, RBS, and Barclays to name a few that quickly set up operations in metropolitan cities across India. As part of a highly competitive industry, these foreign banks leverage home-grown innovations as well as local ones to sharpen their competitive edge. Many foreign banks do not have the advantage of widespread physical branches in India that private or government banks do. Instead, they are finding new ways to tap into the potential of the banking sector. For example, recognising the dearth of physical channels, Standard Chartered Bank is now leaning heavily into digital channels to grow their customer base in India. In fact, 20 per cent of the bank’s credit card and personal customers are sourced through digital channels.

Cross-border partnerships also have an important role to play in improving trade, investments and business growth. Today, the strategic relationship between India and the UK is based on strong investments and shared goals. Consider how India is among the top five investors in UK and, conversely, how UK is the number one investor from G20 in India.

With India emerging as a strategic global market, the relationship between these two countries is poised for rapid growth in the future. The recent India-UK Free Trade Agreement demonstrates a step in the right direction to improve trade. A 2018 report on UK-India bilateral trade relations indicates that the export market for financial services from UK to India amounted to £195 million in 2016 while the same year, India’s export of financial services to the UK was £94 million. Further, UK-based expertise can be instrumental in helping India implement robust cyber security solutions that address security concerns raised by the FinTech disruption.

This relationship isn’t one-sided either. India is credited with making several innovative contributions to the global and UK economy as well. India is set to invest over £1 billion in 2018 to create or safeguard nearly 5,700 British jobs. Additionally, India-based companies are driving digital excellence and adoption of technologies such as AI, blockchain and digital – all of which are in high demand in the UK. Despite concerns over Brexit, India continues to be an important investment partner for the UK. Recently, the State Bank of India announced the launch of its UK subsidiary with an initial capital of US $225 million. Another India-based bank, YES Bank, has signed an MoU with Santander UK to increase India-UK trade and provide opportunities for businesses in India seeking to expand into UK.

Clearly, the innovation curve in India is rising steadily as the government, private companies, FinTech start-ups etc discover new ways to bank. In 2015, India witnessed the emergence of payment banks, a unique initiative to improve financial inclusion. It began with the RBI approving licenses for payment banks and small finance banks to serve customers like the unorganised sector, micro-industries, etc. Now, these banks offer basic banking services like lending, receiving deposits and savings instruments as well as cashless transactions, bill payments, and more through mobile phones.

Recent reforms by the Indian government have also played a key role in driving financial transformation. Two major initiatives, the Jan Dhan Yojana and Aadhar, are perhaps the world’s largest financial inclusion and identity management schemes. Another, the unification of disparate state-led tax regimes into a common Goods and Services Tax (GST), aims to rationalize the tax on businesses while enhancing trade and improving logistics.

In recent years, India has been the hotbed of FinTech innovations like Paytm, an online and mobile wallet, that has significantly disrupted the payments space by providing instant cashless transactions to a significant portion of India’s population. Aiding the increased use of mobile wallets is the United Payments Interface (UPI), a technology platform from the National Payments Corporation of India based on open banking. This initiative aims to transform the entire ecosystem of banking by supporting transactions, mobile apps and technology solutions for non-banking customers, merchants etc to transact seamlessly, instantly and easily. Moreover, banks such as ICICI Bank are increasingly using innovative technologies, evolving from RPA process bots to AI chat bots to improve efficiency and customer centricity.

This spirit of disruption driven by finance start-ups poses lucrative opportunities for UK-based banks. In fact, tapping into India’s reputation as an innovation hub, Barclays organised a hackathon in 2016 in India to leverage APIs and enable Indian FinTech startups to discover innovative solutions to the PSD2 directive in Europe. As an economy that has withstood the ravages of global financial recession, India continues to improve on its banking practices by merging international best-practices with local needs. The benefits are there for all to see: the gestalt of these measures has spurred India’s rank to 100 in the Ease of Doing Business Index 2018. The UK can benefit immensely from sustaining and strengthening this partnership – as will India.

Mohit Joshi is President of Infosys. He is Head of Banking, Financial Services & Insurance (BFSI), Healthcare and Life Sciences at the company and is also responsible for firm-wide sales operations and reporting processes.

About the Author: Mohit Joshi