Skip to content
The real takeaway from Trump’s India visit 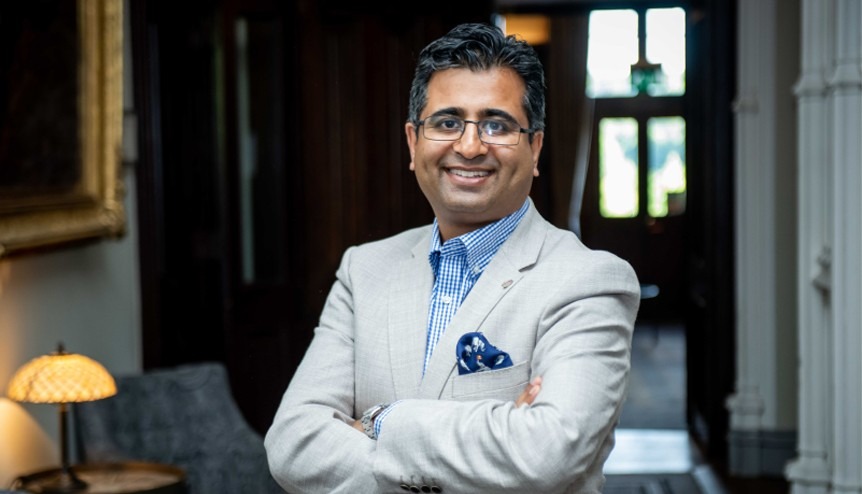 In assiduously wooing Indian investments, US President Donald Trump has signalled to the world (especially China) that the economic and strategic agendas of the US and India are more aligned than ever before, writes India Inc. Founder and CEO Manoj Ladwa.

US President Donald Trump’s high-profile visit to India is over and much has been written about how it is expected to deepen the strategic engagement between the two countries, how it has sent out a message to Pakistan and China on terror and the Indo-Pacific, how both sides displayed a matured restraint on their differences over trade and how the US refrained from lecturing India on Kashmir, human rights and the contentious amendment to its citizenship law.

But I want to focus on a point that many analysts seem to have missed – the growing convergence between the domestic economic agendas of Trump and Indian Prime Minister Narendra Modi.

It has been fairly common over the past couple of decades for Indian Prime Ministers to visit foreign capitals and seek investments from leading companies and businesses there. I can’t, however, remember a single instance of a US President doing the same in India – i.e. till I saw President Trump selling the US as an ideal investment destination to the crème de la crème of Indian business during his just-concluded visit to New Delhi.

But come to think of it, it’s now a very natural thing to do. A 2017 report of the Confederation of Indian Industry (CII), titled Indian Roots, American Soil says Indian companies have invested a cumulative $18 billion in the US and created at least 113,000 jobs. I haven’t been able to find a more recent report but given the large volume of outbound Indian investment over the last three years, that figure of $18 billion has, without a doubt, grown to a more substantial number as has the number of employment opportunities. These figures do not take into account the massive contribution of the 4 million strong and high achieving Indian diaspora who have made America their home.

It’s an election year in the US and Trump was obviously pushing his agenda of “America First” and “Making America Great Again” of which creating jobs in the US is an important component. So, how does this square with the Indian Prime Minister’s agenda of promoting “Make in India”?

On the face of it, Trump’s goals would seem to be at odds with Modi’s initiative. How can two countries pursuing indigenous manufacturing agendas not be competitors for the same pool of capital, technology and talent?

A deeper analysis, however, will show that Trump’s agenda and Modi’s goal can be, and is, quite complementary. The logic is that partnering with India gives the US a combined cost, talent and scale arbitrage that is unparalleled in the world. And this helps countries like the US to ensure its technologies and innovations remain globally competitive, secure jobs in both countries, and sets an ethical standard that all democracies should espouse.

Consider these facts: India’s JSW is investing $1 billion on expanding the capacity of its two US steel plants in Ohio and Texas to 4 million tonnes per annum. Then, as Anand Mahindra, Chairman of the Mahindra Group, pointed out to Trump at his meeting with Indian CEOs, the Mahindra Group has already invested $1 billion in the US and will invest another billion dollars if his company wins the contract to supply 100,000 postal delivery vehicles for which it has been shortlisted. Incidentally, the Mahindra Group has eight different businesses, 10 factories and 30 IT development centres in the US in which it directly employs 2,500 people.

The Tata Group, Essar Steel (now owned by Arcelor Mittal), the Aditya Birla Group, Infosys, Wipro, HCL have significant investments in the US and employ thousands of Americans. In fact, Kumar Mangalam Birla, Chairman of the Aditya Birla Group, is in the midst of a multi-billion-dollar takeover of US aluminium company Aleris, which will give him control over 60 per cent of the US production of that metal.

These investments tie in perfectly with Modi’s ‘Make in India’ initiative because they increase India’s currently moderate linkages with global supply chains.

The US, on the other hand, has investments of about $45 billion in India, which, besides feeding the Indian market, also supplies both finished goods and intermediaries to other countries, including the US. This, like the Indian investments in the US, significantly support the complimentary growth of both economies.

Away from the razzmatazz of humungous rallies at cricket stadiums and the obvious personal chemistry between the two leaders, the main takeaway from Trump’s visit is the tacit – and that’s the operative word – acceptance that the economic agendas of India and US are actually in harmony and can serve the ends of both countries equally.

The US India relationship has been described a defining one of this century. We witnessed the unfolding of this dynamic earlier this week.