The ‘Powell Put’ and more

The ‘Powell Put’ and more 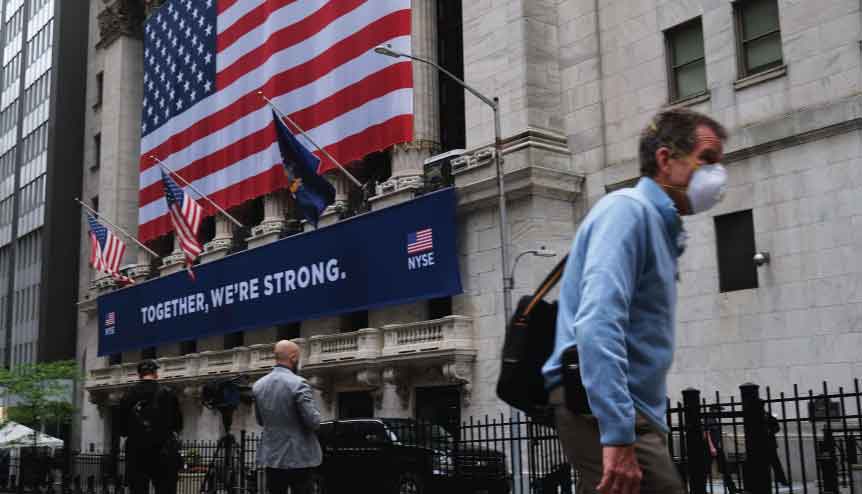 In this third instalment of the series on the outlook for equity markets, financial expert B.V. Krishnan discusses the positive factors, interventions, and their impact on the direction of the equity markets.

This is the third in the six-part series on the outlook for equity markets. In the first part, we covered a couple of historical comparatives that were focused on market corrections and valuations. In the second part, we covered the fundamental economic outlook. Both directionally point to the possibility of corrections ahead in the equity markets. In this piece, we will cover the positive factors for equity markets, which are counter-balancing those negative factors.

Related stories: To sell or not to sell, that is the question

We have witnessed record interventions by the US Federal Reserve. The Fed balance sheet has expanded by $ 2.7 trillion in just a couple of months (see Chart 1) and will likely expand further just to reflect the effects of the announced measures. 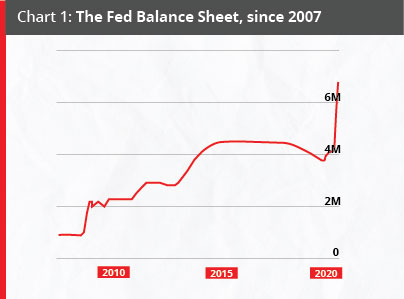 This compares with the $ 1.4 trillion that the balance sheet expanded by during the global financial crisis, between September and December 2008. At the margin, equity markets are most sensitive to liquidity. Chart 2 captures the movement of the S&P 500 (with an offset of 6 months to reflect a lag) alongside the size of the Federal Reserve Balance Sheet from 2007 through to 2014, which was the previous expansionary phase, which saw the balance sheet expand from $ 870 billion to $ 4.3 trillion. As can be seen, the equity market rally during that period had a strong and direct correlation to the growth of the Fed balance sheet during that period. As a reminder, this was a period during which the Fed was consistently deploying quantitative easing to keep up the liquidity in the economy. 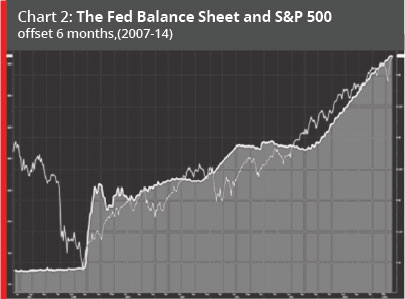 So, the measures between the Fed and the US Government provide gargantuan amounts of liquidity into the market, backstop various types of risks (including those of fallen angels, ie, credits that are downgraded from investment grade to junk category) in size, and importantly signal to the market that the central bank and the government are willing to do whatever it takes. That is an exceptionally strong combination of things to counter the Covid-19 impact on the economy and markets. They have been directed both at putting money in the hands of people, as well as staving companies from potential bankruptcies for want of liquidity as revenues slid following the lockdowns. The markets, therefore, have just had to respond with a strong rally from the March lows, which were triggered on account of a fear of a demand slowdown as well as large-scale bankruptcies. 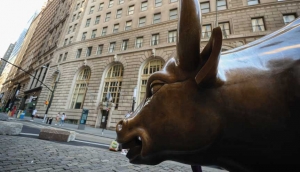 The interest rate environment was already low for most part of the last decade. Since February 2020, we have seen further declines. The short-end (1 month) has come off by 150 bps, and the long-end (10 years) by 90 bps, with the Federal Reserve cutting the Fed Funds Rate to zero in March. That is an exceptional amount of change in interest rates, across the yield curve in a short period of time and is a big positive for risk assets, including equities.

The Vix Index, representing market volatility, which peaked at 82 on 16 Mar 2020 is at 29 as on 21 May 2020. That is a dramatic fall in volatility. Chart 3 shows you the movement of Vix (on an inverted scale) and the S&P 500 during the Global Financial Crisis, when we saw Vix peak at 81, and saw a subsequent low of 29. Chart 4 shows the same movement during the Covid-19 crisis. The correlation is very evident and could be seen to reflect a stabilised market recovery.

The other aspect that one considers is that this is not a cyclical downturn, nor is it a financial crisis, both of which could take time to recover from. It can be viewed as a one-off external event, which has been and will be addressed through adequate fiscal policy, monetary policy and liquidity infusions, and the economy consequently will have a V-shaped recovery. Further, this is an election year in the US, and the increased collaboration between the Fed and the government is, therefore, likely to continue, providing the markets with strong downside protection. 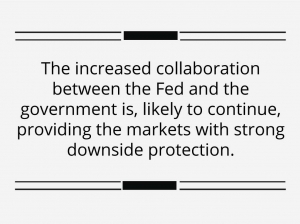 Lastly, if you consider the news environment, there has been positive news recently with the growth in coronavirus cases coming down in key cities, promising results from early-stage tests for the vaccine, and cities have been opening-up from the lockdowns. They all point to the economic pain potentially seeing an earlier than anticipated end.

So, if you pull the above together, it is a compelling narrative for the equity markets to maintain their momentum and continue to rally.

So does the Powell Put, together with rest of the positive factors outlined here outweigh the negatives highlighted in the previous two parts of this series? Do we see the equity markets continuing their trajectory of strong recovery? We will reflect on this in the next part of this series, as we pull the various aspects together.

** Tomorrow: The summary outlook for the US equity markets, together with a reflection on the long-term value of fiat currencies and gold