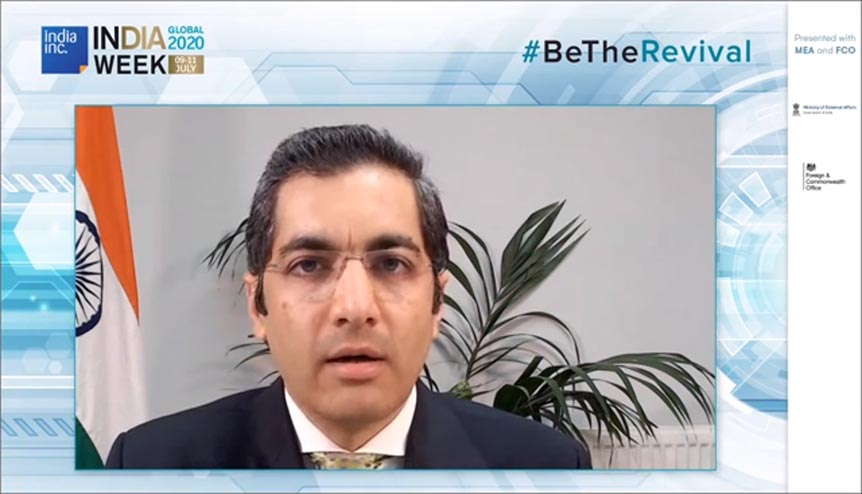 Dr Aman Puri was the Consul General of India in Birmingham since 2017 until recently, when he left the UK at the end of a three-year posting to take charge as India’s Consul General in Dubai. In a farewell interview with ‘India Global Business’, he reflected on some of the key milestones in the UK-India journey during this period, his hopes from a new West Midlands India Partnership (WMIP) and the sectors of focus in the bilateral relationship just ahead of his chairmanship of an important healthcare panel for India Global Week 2020.

What are some of your tenure highlights in the UK?

This tenure has been fulfilling for me, as it offered an opportunity to envision and institute several new initiatives and activities, some of which became recurring annual features in the Midlands and north England. Fostering and actively encouraging a conducive and collaborative business framework resulted in a significant increase in joint ventures and several successful projects where British organisations are now operating in India and vice-versa.

Haryana ties up with Birmingham on novel cold chain technologies

The most recent and noteworthy is the launch of the West Midlands India Partnership (WMIP), a Special Purpose Vehicle supported by both the British and Indian governments. The Consulate of India in Birmingham played a crucial role in the setting up of this entity, with the support of West Midlands Growth Company, to attract jobs and tourists and to promote two-way trade and investment relationship.

We provided the momentum and impetus for the start of important trade missions from Midlands to India. Among the landmark developments were several business initiatives such as the Make In India Seminar, the High Commission of India in UK led Access India Programme and several other trade shows, some of which have become annual events.

We were able to hold two consecutive annual India-UK healthcare conferences, which resulted in collaborations, partnerships and signing of MoUs between key stakeholders of India and UK in the health sector. Today, as the world is facing an unprecedented crisis due to the pandemic, the partnership between our health systems assumes even greater significance.

But within only a few months the cash flows have dried down, leaving the venture capital and the private equity investments in India to fall by an estimated 45 per cent – 60 per cent this year. A clique of the best venture firms, including the large US groups of Sequoia and Accel, have warned start-ups that it would be “very taxing” to raise funds anytime soon. 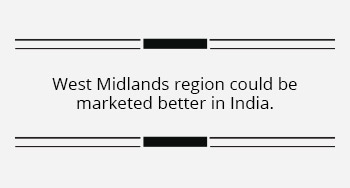 Do you feel that Birmingham/West Midlands is sufficiently on India’s investment radar?

I believe that the West Midlands region could be marketed better in India. London remains the preferred location for more than half of the Indian companies investing in the UK. When we think of regions with close links with India, it is usually London, Scotland or the Northern Powerhouse. West Midlands does not come to the forefront. 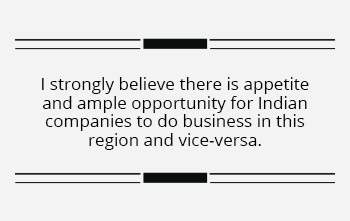 Also, reflective of Brexit uncertainty, the investments from India into the UK have slowed down which are likely to be further impacted due to the economic crisis triggered by the pandemic. I strongly believe there is appetite and ample opportunity for Indian companies to do business in this region and vice-versa.

Hopefully, West Midlands India partnership will help in better broadcast of opportunities, which abound in this region.

What are the key areas of strength in the UK-India partnership and how is the pandemic likely to impact this?

India and the UK are strategic partners, a force for good, and in the words of Prime Minister Modi – “a winning combination”. Both the Midlands and the northern region have their unique areas of strength, which if aligned in the right manner can create win-win solutions for both the countries.

The success of the British Indian community has been one of the pillars of resilience for this partnership. According to the Grant Thornton and Confederation of Indian Industry (CII) ‘India Meets Britain Tracker 2020’, there are almost 850 Indian companies operating in the UK, with combined revenues of £41.2 billion and employ close to 111,000 people. A study was made to assess the Diaspora Effect, which stated that there were 654 Indian diaspora-owned businesses in the UK with a turnover of over £100,000 per year. 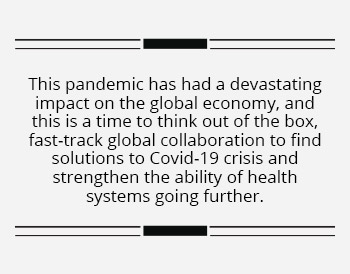 The student numbers from India to the UK saw a massive jump of 63 per cent in 2019 compared to a year earlier, and we anticipate a steady growth. The contribution of the Indian-origin frontline workers has also been significant in dealing with Covid-19.

This pandemic has had a devastating impact on the global economy, and this is a time to think out of the box, fast-track global collaboration to find solutions to Covid-19 crisis and strengthen the ability of health systems going further. Promoting UK-India healthcare partnerships is the need of the hour as it will support the endeavour to save lives worldwide and facilitate the revival of the global economy. In the words of former UK Prime Minister Winston Churchill, never waste a good crisis. We are committed to pool our resources to address the current crisis and build stronger partnerships between British and Indian health systems. 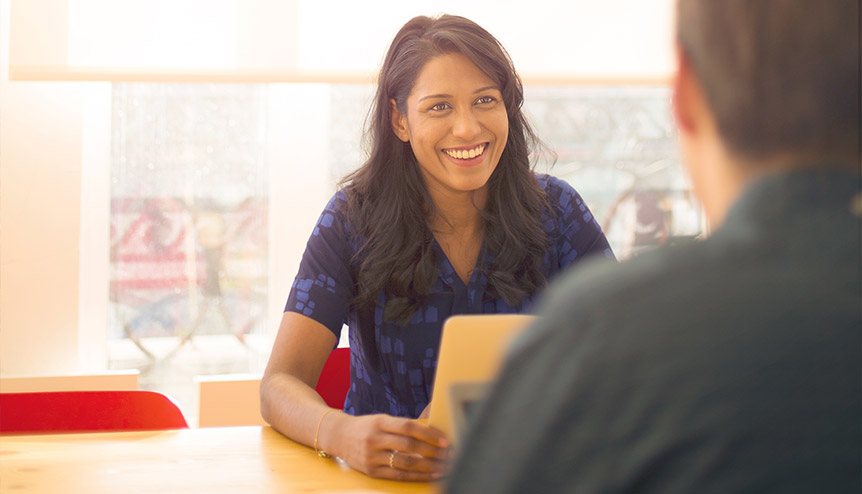 There are 654 Indian diaspora-owned businesses in the UK with a turnover of over £100,000 per year. It is important both UK and India leverage the diaspora and the huge contribution it can make to the bilateral relationship.

What are some bilateral success stories that you feel deserve more attention than they are given?

The bilateral partnership between the two nations is a winning combination. Collaborative research by Tata Motors Jaguar Land Rover along with Warwick Manufacturing Group (WMG) at the University of Warwick exemplifies a brilliant partnership between academia and industry. I believe that the Professor Lord Bhattacharyya Building at the West Midlands University is an excellent example of that partnership. This model can potentially be replicated in India.

During the visit of Minister Hardeep Singh Puri in November 2019, this idea got his support, and currently we are exploring the possibilities with IITs in India to build on this framework.

Personally, I think that the existing partnership and teamwork is only the tip of the iceberg and the real depth of the potential is waiting to be explored, mined and harvested in diverse industries. 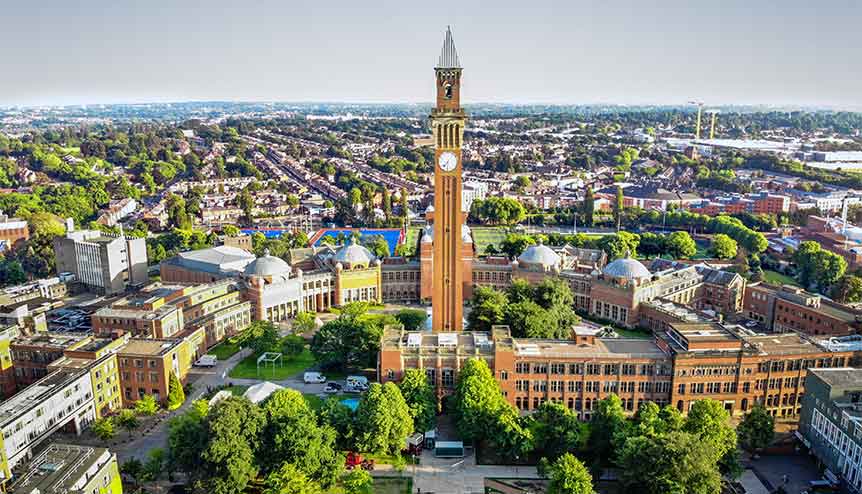 The India Institute at the University of Birmingham which was launched with the support of the Indian Consulate in Birmingham has led to an exponential growth in the university’s India footprint.

What is likely to be the enduring legacy of your tenure as CG Birmingham?

I am very hopeful that my effort to launch WMIP will reap fruits in the longer run and in near future. Setting up the Guru Nanak Chair, supported by the government of India at the University of Birmingham, was our foray into the educational sphere. What gives me immense satisfation is that while the Indian government support has been committed for a five-year period, the university is confident that with the support of the British Indian community this project is likely to run in perpetuity.

The India Institute launched by the University of Birmingham with the support of the Consulate in January 2018 has led to an exponential growth in the university’s India footprint, which is pursuing 40 projects with various organisations in the public and private sector in India.

Also, the Centre for Sikh and Punjabi Studies at the University of Wolverhampton is working closely with several of their Indian counterparts. Successful templates and frameworks of British Indian partnerships created by one institution are inspiring other Institutions to follow suit.

Birmingham City University is currently in the process of launching an India-focused centre and so are many other universities in the region.

And, at the Consulate, the Open House we put in practice for public ease and better service delivery has proved to be gratifyingly successful.

What are your early plans as you land in Dubai for your new posting?

The present pandemic situation dictates that I begin with facilitating the repatriation of Indian nationals stranded in the region to their home states in India.

Thereafter, to work with the key stakeholders, including the UAE government to support the re-employment of those Indian nationals who have lost their jobs, and are keen to return to Dubai, and the UAE in general.

I do envisage the assignment in Dubai to be very challenging, but also very fulfilling.