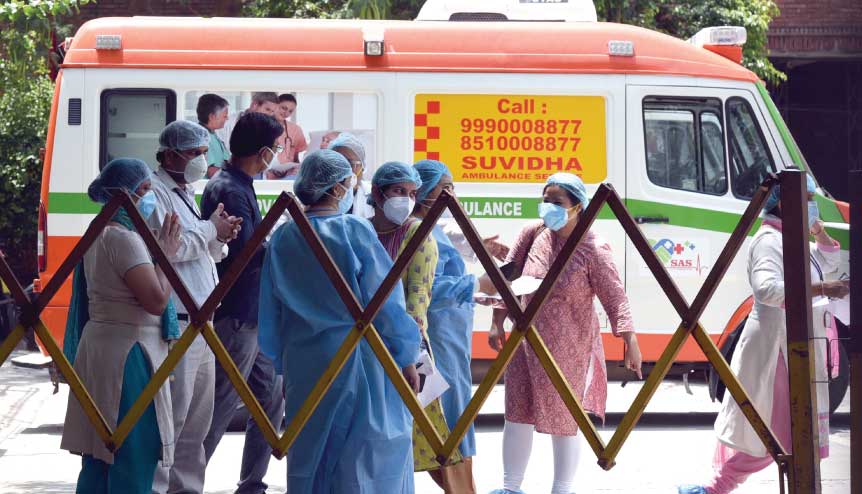 As the world battles Covid-19 with no clear end in sight, the proposal for an enhanced regulatory framework under the new bill will boost the ease of doing business in India and ensure further investments under ‘Make in India’ initiatives.

Amid the din of the ongoing Covid-19 battle in India, the government think-tank Niti Aayog and the Indian Ministry of Health and Family Welfare have quietly arrived at a consensus on the Medical Devices (Safety, Effectiveness and Innovation) Bill 2019.

Related stories: India’s healthcare sector has much to offer Africa

The UK is a natural healthcare partner for India 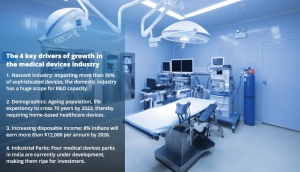 While on the face of it this might be construed as yet another instance of two vital arms of the government arriving at a working consensus over certain points of divergence, this bill has the potential to radically transform the domestic manufacturing landscape of India – especially at a time when the Narendra Modi government is increasingly focusing on self-reliance and its whole gamut of Make in India initiatives in the post-Covid economic scenario.

The final draft of the Medical Devices (Safety, Effectiveness and Innovation) Bill, 2019, as agreed upon by the NITI Aayog and the health ministry, proposes that medical devices should be regulated by a separate division under the Central Drugs Standard Control Organisation (CDSCO), the Economic Times reported recently. The division that will monitor medical devices will be headed by a technical expert. 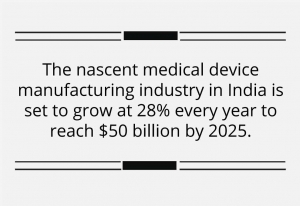 The government also plans to include top technical institutions of India, such as the Indian Institutes of Technology (IITs), by utilising their world-class laboratories, to help set benchmarks and safety guidelines for providing certifications to medical devices. “The government’s decision to involve IITs clearly indicates that it is aiming to achieve global standards with the help of the new bill and to make India a hub of medical device manufacturing. This will provide the desired momentum to take the ‘Make in India’ initiative forward,” said Abhinav Purwar, Medical Devices Analyst at the analytics company GlobalData.

The regulation of the devices will be under a separate Act and not under the existing Drugs and Cosmetics Act 1940, as was being suggested by the health ministry. The proposal for an enhanced regulatory framework under the new bill will significantly improve the ease of doing business by providing a sound environment for innovation and approval of medical devices in India, Purwar said. 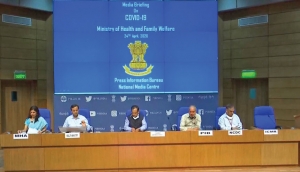 According to Invest India, the approval for 100% FDI in the medical devices manufacturing sector, new regulatory processes and measures to correct unfavourable duty structure by the Modi government has spurred investor interests, with the industry boasting the potential to grow at 28% a year to reach $50 billion by 2025. GlobalData’s research reveals that the Indian medical devices market accounted for more than 14% of the Asia-Pacific medical devices market in 2019.

The scope of the sector is apparent from the global growth registered in the past 5 years: from a meagre $3.7 billion in 2014, the global medical devices and technology market is slated to grow to an estimated $520 billion by the end of this year – and these calculations were based in a pre-Covid 19 era. Of this, the Indian market is among the top 20 in the world by market size, and fourth in Asia after Japan, China and South Korea. 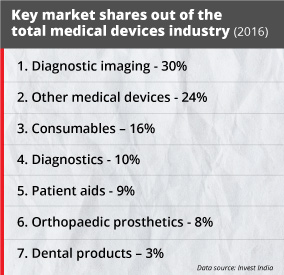 According to a study by Deloitte in 2018, the per capita spend on medical devices in India was the lowest among BRIC countries at $3 ($7 in China, $21 in Brazil and $42 in Russia), and significantly behind developed economies like the USA ($340). “This current under-penetration of medical devices in India represents a sizeable growth opportunity,” the report said. 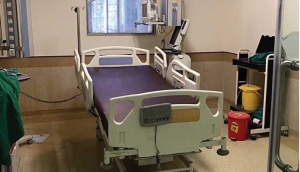 “A strong and independent regulatory framework is needed to promote domestic manufacturing and to reduce dependence on imported devices. The Medical Devices Bill will provide domestic manufacturers a level playing field and produce a variety of innovative medical devices for domestic market and exports,” Purwar of GlobalData said. Opportunities therefore galore for investments in this sunrise sector as the world becomes more reliant on all sorts of devices – from ventilators to thermal scanners, and now would be the best time to take advantage of it. 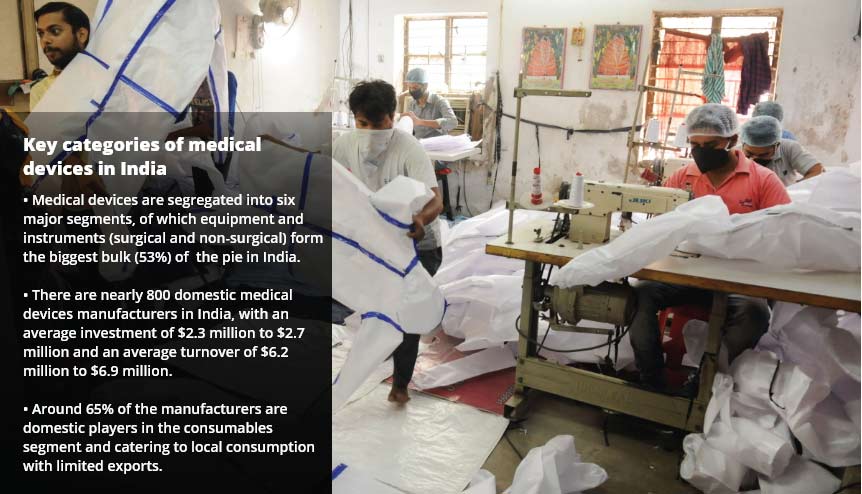