The long road to Brexit takes a decisive turn in 2019 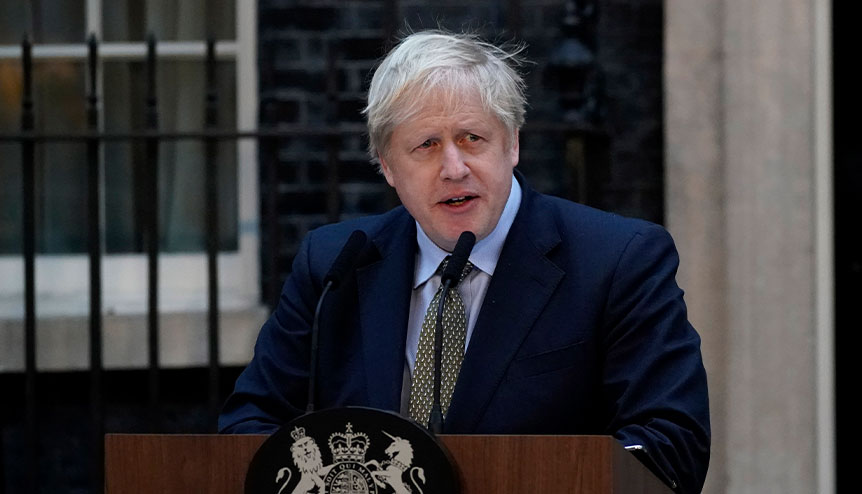 The definitive result of the UK General Election in favour of Prime Minister Boris Johnson to get Brexit done ends the year with more clarity on the issue of Britain’s relationship with the European Union (EU) than there has ever been since the June 2016 referendum.

It has taken over three years, two elections and three leadership changes behind the revolving 10 Downing Street door but the moment finally arrived days before Christmas – clarity on Brexit.

Boris Johnson was voted in with an overwhelming majority and the verdict in the “Brexit election” clearly chimed with his central “Get Brexit Done” theme, setting the UK on course to leave the European Union (EU) by the 31 January 2020 deadline.

Where it all began

It seems way in the distant past but there was a time before Brexit entered the common lexicon and went on to dominate the UK’s political scene over and above all else. David Cameron was forced to step down as Prime Minister in the immediate aftermath of the referendum in June 2016 when the results proved most pollsters wrong as Britain voted to leave the EU with a narrow margin of 51.9 per cent in favour of Leave versus 48.1 per cent for Remain.

The battle lines were instantly drawn as Theresa May stepped in as Prime Minister with the bewildering message of “Brexit means Brexit”, as it soon became clear that what Brexit meant would possibly go down in history as one of the biggest conundrums of our times.

Deal or no deal

Once Article 50 of the Lisbon Treaty had been triggered, the deadline for Britain’s exit from the 28-member economic bloc was etched in as March 29 this year. If all had gone to Theresa May’s plan, the UK would have been a former member of the EU in 2019 and on course to discuss its future trading relationship with the remaining 27 member-states during an ensuing transition period.

However, a controversial backstop clause within the EU Withdrawal Agreement proved the stumbling block she had clearly not bargained for. When she had called a snap election in June 2017, May had hoped to win a majority in Parliament to be able to get any future agreement she struck with the EU through the House of Commons with relative ease. Instead, she found herself reliant on the Northern Irish Democratic Unionist Party (DUP) for a supply and demand arrangement.

It was this Irish element that ultimately spiralled out of her control as her so-called EU divorce bill was repeatedly rejected by her own MPs, resulting in her unceremonious exit to make way for Boris Johnson as leader of the Conservative Party after a bitterly fought leadership election in July this year.

As soon has he got his feet in the Downing Street door, Johnson/ issued a stupefying “do or die” Brexit pledge by the extended Halloween deadline of 31 October 2019. He seemed to be the only one convinced that he could bring the EU’s Brexit negotiators round to the idea of reopening Theresa May’s divorce bill to remove the controversial backstop – an insurance policy insisted upon by the EU to ensure the rights of member-country Ireland but seen as a backdoor attempt to keep the UK tied to EU rules even after Brexit by using Northern Ireland’s border as an excuse.

To much shock and surprise, Johnson did succeed in getting that deal reopened and tabled a fresh version, dubbed Brexit 2.0.

The “undemocratic” Irish backstop was gone and in its place was the prospect of an invisible border in the Irish Sea. However, many sections of the Commons remained opposed to the renegotiated deal because they felt it treated Northern Ireland differently to the rest of the UK. The Opposition Labour Party also challenged its impact on workers’ rights.

Faced with a fate reminiscent of Theresa May’s due to the realities of heading a minority government, Johnson announced a snap General Election after missing the 31 October deadline – a prospect he was so opposed to that he had declared he would rather be “dead in ditch”.

For someone who had just emerged from a gruelling leadership election just weeks before, the prospect of another election only seemed to further energise him. He hit the campaign trail with an unapologetic message about it being a veritable People versus Parliament clash – because the Parliament had failed in its duty by not allowing him to get Brexit done despite his “great new deal”.

Turns out, he had read the public sentiment of Brexit fatigue right when he called for electing a new “People’s Parliament”. In the face of a Labour Party that offered yet another referendum in 2020 for the public to have a say on any Brexit agreement, the electorate voted with a clear voice – to simply get Brexit done.

How that tag line really translates into reality and what lies in store for the future of UK-EU relations continues to hang in the balance.