The Kashmir factor in UK-India relations

The Kashmir factor in UK-India relations 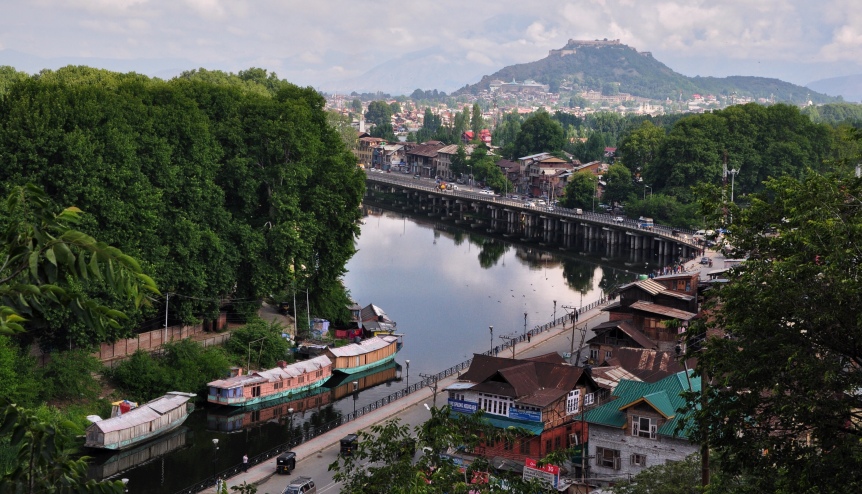 The Boris Johnson government could open up pathways to de-hyphenate the UK’s relations with India and Pakistan and take a step towards a stronger strategic India-UK partnership.

Despite the many strengths of the UK-India bilateral relationship, there remains an ‘elephant in the room’ – the Pakistan/Kashmir issue. The Indian security establishment perceives the UK government as favouring Pakistan diplomatically and being critical of India’s governance over Jammu & Kashmir. But, the UK government denies such a bias and maintains that Kashmir is a bilateral dispute between India and Pakistan. Crucially, Boris Johnson’s new post-Brexit government could seek to further ‘de-hyphenate’ its India-Pakistan relationship. On 6 February, it announced that Sir Philip Barton will be the next British High Commissioner to India; as the first British High Commissioner to have served earlier in India, Sir Philip takes up this appointment with considerable experience on security issues.

Kashmir in the UN Security Council

On 16 August 2019, China made the first of three attempts in the UNSC to criticise India’s controversial decision of 5 August 2019 to revoke Articles 370 and 35A of the Indian Constitution and end the semi-autonomous special status of Jammu and Kashmir and merge it fully into the Indian Union as two union territories. It is alleged that the UK supported China (and Pakistan) in calling for such an informal session as well as supporting a formal UNSC statement. Although the British High Commission in New Delhi formally denied both these allegations, Indian security officials remain unconvinced. In the event, an informal closed session on Kashmir took place in the UNSC for the first time in nearly 50 years, but failed to come up with a joint statement to the press; the Chinese and Pakistani envoys subsequently briefed the media.

However, in December, another Chinese attempt to discuss Kashmir at the UNSC was foiled by the UK, along with the US, France and Russia. Although a discussion on Kashmir took place in the UNSC in mid-January 2020, the UK, along with the US, Germany and France, made it clear that the UNSC was not the forum to raise the Kashmir dispute, which was a bilateral matter for India and Pakistan to resolve.

The Indian foreign policy establishment also perceives UK parliamentary debates on Kashmir, most recently in September 2019 and January 2020, as a ‘victory’ for Pakistan in a classic ‘zero-sum’ game. But, this should not be seen to be the case; British MPs of diverse ethnic origins represent diverse political causes for their constituents, without any official UK government endorsement.

More important are the official UK statements made during these debates. On 10 February 2020, for example, Heather Wheeler MP, Parliamentary Under Secretary of State (Minister for Asia and the Pacific), stated: “HMG’s longstanding position is that it is for India and Pakistan to find a lasting political resolution on Kashmir, taking into account the wishes of the Kashmiri people…it is not for the UK to prescribe a solution or to act as a mediator”.

At the same time, the UK continues to raise concerns over the human rights situation across India, including calling for ongoing restrictions and detentions in Jammu and Kashmir to be lifted as soon as possible. One can assume there is also private official UK concern over the protests taking place in India over the Citizenship Amendment Act (CAA) and the National Register of Citizens (NRC), and their implications for India as a democratic and secular state.

The Indian security establishment remains concerned of the series of anti-India protests by Sikh and Kashmiri separatist groups that have taken place recently in London (including the violent anti-India demonstrations outside the Indian High Commission on 15 August and 3 September 2019). But, the UK continues to support India in calling for Pakistan to bring the perpetrators of the 2008 Mumbai terror attack to justice; to take decisive and concerted actions against Pakistan-based terror outfits including the Lashkar-e-Taiba (LeT) and the Jaish-e-Mohammed (JeM); and in May 2019, the UK, along with the US and France, successfully co-sponsored a resolution in the UN to declare JeM leader Masood Azhar as a “global terrorist”.

Although the Indian security establishment believes the UK could do far more than it is currently doing to curb cross-border terrorism against India emanating from Pakistan, the UK feels Indian perceptions of its influence over the Pakistan army and its Inter-Services Intelligence (ISI) are exaggerated. Notably, the official Pakistani narrative is that the UK has a distinct ‘pro-India bias’ as it has not been sufficiently critical of India’s actions on Kashmir, post 5 August.

The UK’s ‘enhanced strategic dialogue’ with Pakistan will continue to focus on intelligence sharing, security and military cooperation, stability in Afghanistan and trade relations, keeping in view the influence and impact of the 1.5-million Pakistani-origin diaspora (now, reportedly, nearly as large as the India-origin diaspora) on UK domestic politics. The UK will also remain a ‘safe haven’ for Pakistani political leaders of all hues.

At the same time, India has a much larger multi-faceted and multi-stakeholder relationship with the UK focusing on trade and investment; Indian-origin diaspora and cultural relations; technology; and security and defence. In view of the unique opportunities and advantages for India in its relations with the UK post Brexit, including on a future trade deal, it would be short-sighted for New Delhi to perceive the UK’s relations with Pakistan on an emotional basis, or indeed, as a ‘zero-sum’ game for India. Indeed, pragmatically, these do not directly affect India’s security, even though they may not always be aligned with India’s immediate interests (as in Afghanistan).

Moreover, Boris Johnson’s new post-Brexit government could provide further opportunities to ‘de-hyphenate’ relations between India and Pakistan. It will also be far less influenced by the traditional Labour-leading Pakistan-origin diaspora. Moreover, two of its top three Cabinet posts are held by British Indians, Rishi Sunak as Chancellor of the Exchequer and Priti Patel as Home Secretary; and four of seven Indian-origin Conservative party MPs are Cabinet Ministers/attend Cabinet meetings.