The ‘Indian Backstop’: A Brexit insurance policy May should be investing in more 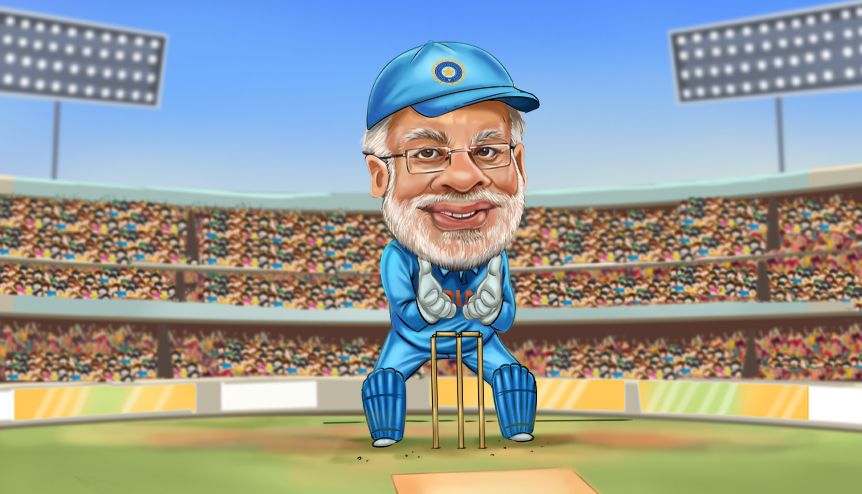 Rather than talking down a post-Brexit UK, I have remained firm in my view that Brexit or no Brexit, we must showcase the opportunities that India provides, writes India Inc. Founder & CEO Manoj Ladwa.

People in the Western world are well aware of the story of Roman Emperor Nero fiddling while Rome burned. History seems to repeating itself in a distant corner of what was once the Roman empire – Britain.

The deadline for leaving the European Union (EU) is looming – 11 pm on March 29 is barely three weeks away – yet, there is still no clarity on the kind of deal the UK will negotiate with Brussels. In fact, there is now some doubt on whether the divorce will take place at all on the appointed day – which, in my opinion, will be the best outcome possible.

Right now, though, that’s a long shot and this is causing heartburn and generating considerable dismay in corner offices, not only in the UK but also in companies across the world that have made Britain their gateway to Europe.

What will happen to their investments? That’s a big worry but that could also be turned into an opportunity.

Some foreign companies, such as Nissan, are already pulling back on their engagement with the UK. It will not make its X-Trail in Britain. Though China’s slow-down is being blamed in part, many others will also prefer to wait and watch till the situation stabilises and greater clarity emerges. The UK will lose out on these opportunities.

However, rather than talking down a post-Brexit UK, I have remained firm in my view that Brexit or no Brexit, we must showcase the opportunities.  And India remains a vested partner in this.  In fact, to borrow parlance of the day, the ‘Indian backstop’ is an insurance policy certainly worth investing in!

Last year, the UK had signed a number of agreements and memoranda of understanding (MoUs) with India on a wide range of subjects – from cyber security, technology partnerships, river rejuvenation, animal husbandry and many others.

I have been a passionate advocate of closer UK-India ties across the entire spectrum of people-to-people ties, business, diplomacy and geo-politics. Many serious analysts and strategic experts also hold the same view. All of us have also advocated a closer economic partnership between the two countries to at least partially cushion the shock to the UK economy of the possible denial of easy access to the EU market.

Even if the much anticipated trade agreement between the UK and India does not see the light of the day anytime soon, the two countries can build on the platform provided by the raft of agreements and MoUs – on, among other things, skilling personnel, cyber security, tech collaboration, rejuvenating the Ganga and animal husbandry and fishery – signed during Indian Prime Minister Narendra Modi’s visit to Britain last year to build on the significant business, diplomatic and social synergies that exist between these two historically linked nations.

Britain and India are the world’s fifth and sixth largest economies, respectively. Both are technology leaders in their own right. Indian companies have traditionally viewed the UK as their natural beachhead for operations in the EU and India Inc. still banks on the City of London for a large part of their overseas fund-raising plans.

These advantages and linkages will not disappear overnight.

All it needs is a political push to bring these synergies to bear. Experts and analysts in the UK and India acknowledge the bright prospects for economic ties between the two countries. But a few niggling issues and domestic political concerns over immigration in the UK and its fallout on Indian professionals and students have come in the way of fully consummating these ties.

Overcome these and British Prime Minister Theresa May will get an economic lifeline that will give her elbow room to manoeuvre negotiations with Brussels in the direction she wants.

It will work both ways. Following US President Donald Trump’s revocation of Generalised System of Preferences (GSP) benefits for exports from India, New Delhi, too, will be keen on forging closer links with other developed countries as an insurance against future shocks.