The growing influence of Indian business on the UK economy 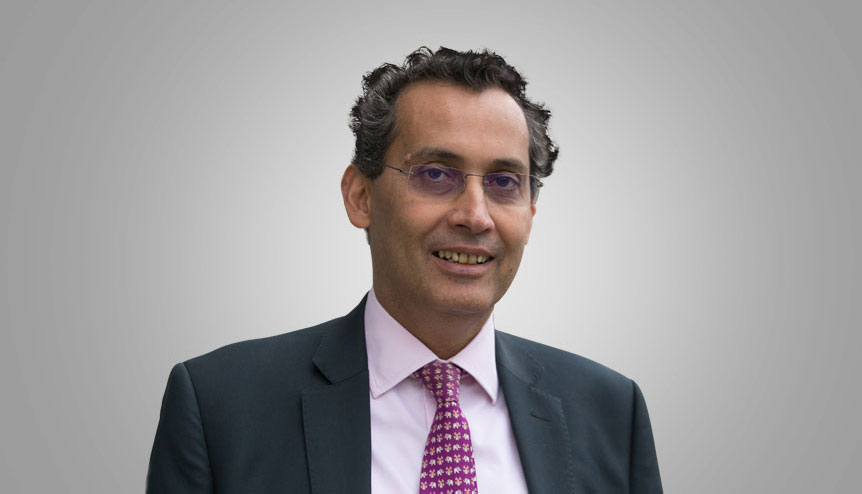 A Grant Thornton UK executive shares his observations on the growth of Indian companies in the UK over the past few years and how historic ties between the two countries can be leveraged for a stronger business partnership.

Cast your mind back to April 1991 – over a quarter of a century ago. The world was truly a different place in every sense. In India two significant events took place. In this year, Rajiv Gandhi was assassinated and the Indian Finance Minister, Manmohan Singh introduced a slew of measures to open up and liberalise the Indian economy after years of protectionism. The vision was to allow the world access (albeit restricted) to one of the world’s emerging economies and permit Indian corporates to expand outside India.

It was on the back of this, in 1991, that I saw a great opportunity from a UK angle to work on the India-UK corridor and set up Grant Thornton’s South Asia’s group with a particular focus on India. I vividly recall in 1991 when a number of Indian corporates – both large and small – took advantage of the globalisation opportunity offered by the economic liberalisation and decided to venture out. The UK with its historical, cultural and linguistic advantage was an obvious choice. Indian corporates set up offices in London and other parts of the UK sought to form strategic partnerships with the UK counterparts and even make acquisitions. Rather disappointingly, the UK corporates were in many cases a little wary or ignorant of what an Indian connection could offer. To our loss, some of these companies went to the US and other parts of Europe and are today truly thriving as successful global IT businesses.

Reflecting back on the 25 years, I would say that the UK corporate view on India remained much the same for a number of years and has only changed in the last 15 years when India and its importance to the world economic order and the influence in the UK economy started to be recognised and truly accepted. This has been helped by the visibility received in the UK from the two major landmark acquisitions by Tata of Corus and Jaguar Land Rover in 2006 and 2008 respectively.

Prior to 2014, there had been no research or information to show the full extent of the investment by Indian corporates in the UK. As veteran players in the market, we decided it was time that we recognised the growing importance and influence of Indian corporates on the UK economy.

In collaboration with the Confederation of Indian Industry (CII) in 2014, whom we approached, we undertook new research to evaluate and quantify the growing footprint of Indian investment in the UK and their growing influence. The first report showed that there were in fact over 700 Indian companies in the UK employing more than 100,000 people. There were also 12 Indian companies employing more than 1,000 people. The India Meets Britain report provided a unique insight into the scale, business activities, locations and performance of Indian-owned companies making the biggest impact in the UK.

The 2016 report showed that while the number of Indian companies in the UK grew slightly to 815, they continued to play a major part in the vibrancy of the UK economy. In fact, the number of companies growing by more than 10 per cent nearly doubled to 62 and they had a combined turnover of £26 billion. Sector-wise, the dominance of technology and telecoms and pharmaceuticals and chemicals continued with 32 per cent and 19 per cent respectively. Interestingly, for the first time, we saw the financial services sector hitting the 10 per cent barrier. This had an impact on the geographical spread as it made London become more dominant with nearly 39 per cent of the fastest-growing Indian companies being based in the financial capital.

In the 2016 report, we had highlighted the EU factor and impact on Indian investment. My own view is that it will be mixed, and one needs to understand the main drivers for Indian investment in the UK. If you look at the historical drivers in the past which would continue for the future, they fall into three main categories, which are: Access to markets, brands and technologies or design.

For an Indian company whose main driver is access to only the UK market, Brexit should have no direct impact. Conversely, an Indian pharmaceutical company looking at using London as a launchpad to the European market for its drugs may think twice. However, for an Indian company that is looking to access the UK design and technology, there should be no impact. Similarly, Indian corporates looking for iconic British brands to then leverage back to India and other emerging economies will be unaffected by Brexit.

As the UK, we are very fortunate to have so many Indian companies here and we need to ensure we continue to attract them and highlight the benefits irrespective of whatever model emerges. We need to promote, for example, the extremely low rates of corporate taxes in the UK which are the lowest in Europe. For the Indian individuals who are here for limited periods, our unique residency/domicile taxation principle should continue to be attractive. We must also be proud of our skills and expertise in design, engineering, technology and financial services and ensure we continue to promote these.

I also believe that the power and connections of the 1.5 million Indian diaspora have not been harnessed. There has been a lot of rhetoric in this area, but it may be time to consider innovative ways of harnessing the connections and knowledge. A possible suggestion may be to identify individuals of Indian origin from the UK business community and appoint them and give them tools and status to be ‘Business Ambassadors’ promoting the UK to Indian corporates.

Based on shared history dating as far back to the original East India Company and its trade and investment with India, the links between India and the UK should be the strongest in the world. While there is no doubt that Indian presence in the UK is significant but conversely the UK presence in India is not at the level to justify or reflect this historical heritage. There is a need to build on history and ensure that our connection with India is on a ‘relationship’ as opposed to ‘a transactional basis’.

While there is no doubt that over five or even 10-25 years’ time the Indian corporates will remain a force in the UK economy, we need to not be complacent and not take it for granted. We must recognise and accept that India is going to be one of the largest and most powerful economies in the world and will increasingly have a greater choice over destinations for investment in the future. The UK and India have a lot to offer each other and we need to do our part to ensure that the relationship grows and does justice to our historical heritage with each other.

Anuj Chande is a Partner and Head of the South Asia Group at Grant Thornton UK LLP.

*The above is a synopsis of one of the chapters from ‘Winning Partnership: India-UK Relations Beyond Brexit‘, edited by India Inc. Founder & CEO Manoj Ladwa.