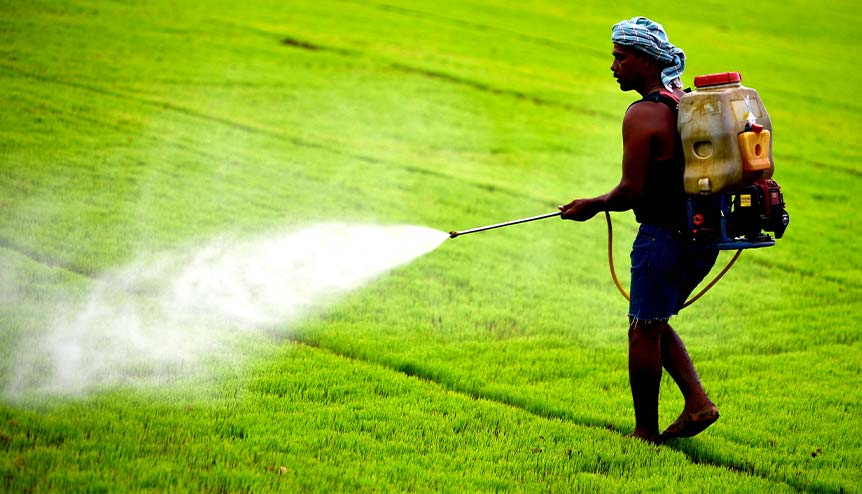 As the harvest of crops reaches record levels, thanks a decent monsoon, the authorities need to calibrate the economics of demand and supply in favour of the producer and the consumer and limit the grip of the middle-man.

It is a strange cycle of events in the Indian economy where even with the Covid-19 infection toll crossing 1.1 million the country’s economic drivers are simultaneously getting into top gear. It is a phenomenon not being witnessed anywhere else in the world.

This unique spectacle is playing itself out in the stock markets where HDFC Bank held sway along with other premium valuations like IT heavyweights Infosys, HCL and Wipro to post resilient results for June despite experts reading out from their data sheets that an economic contraction is expected anytime.

Concurrently, rural India has just experienced the wettest June since 2013 with rainfall hitting 15 percent above normal and with this monsoon bringing hope to the agricultural belts. Conversely, and sadly, floods in Assam, Arunachal Pradesh, Sikkim, North Bengal and Meghalaya are playing havoc with lives and livelihood.

The kharif harvest and agriculture, this year, provides the silver lining. It has touched record levels with farmers having completed the sowing of it in nearly 55 percent of the season’s normal area by the first week of July. The data stands out starkly given that at this time last year only 38 percent of the coverage had been sown. It is not just tech and IT that leads India’s economic revival; agriculture is a major contributor as well. 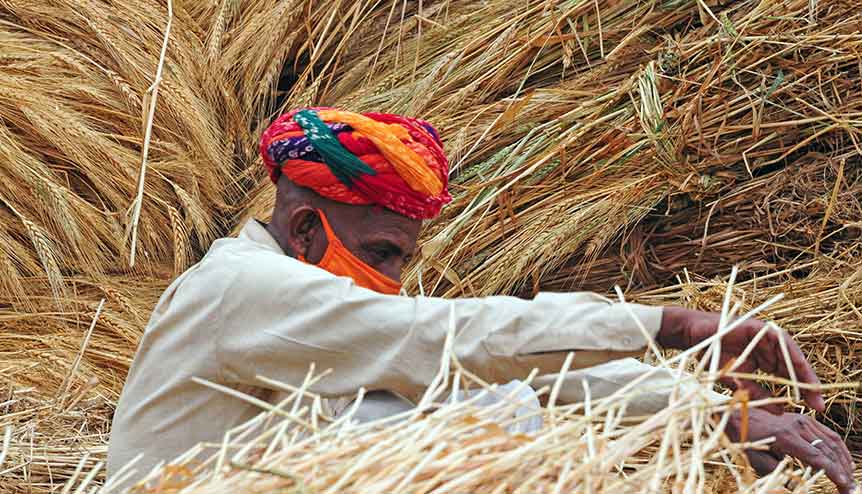 A farmer harvests his wheat crop. The time has come for the authorities to focus on the sustainability of the farmers and protect their interests.

The kharif crop is not alone – every kind of crop from paddy, pulses, maize, bajra, jowar, small millets, soyabean, sesamum, groundnut and cotton have posted excellent performances coupled to which has been the intent shown by the farmers themselves who have orchestrated double digit growth every month from November on the purchase of fertilizer and sales of tractors which have bucked a very obvious auto slump. They have been buoyed with hope and this sense of optimism is paying rich dividends.

The call of the hour now is for the authorities and regulators to be on high alert and take preemptive measures against natural calamities like sudden drop in rainfall – which can never be ruled out – or from a fresh threat from locust swarms which are apparently beginning to take shape in desert breeding areas and in neighbouring countries like Pakistan.

The agricultural sector is showing signs of fast revival against a very stressful set of social realities. The government’s introduction of reforms must be extended towards sending out the right message to the farmer and the end user. 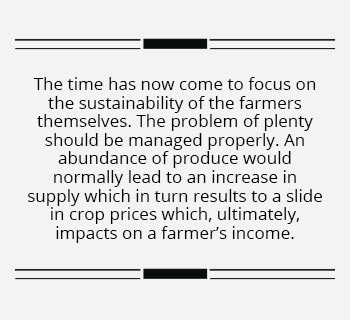 The time has now come to focus on the sustainability of the farmers themselves. The problem of plenty should be managed properly. An abundance of produce would normally lead to an increase in supply which in turn results to a slide in crop prices which, ultimately, impacts on a farmer’s income. The role of the intermediary in this case must be monitored carefully to ensure that the primary producer’s share in the income does not decline. The government’s role in maintaining food prices at acceptable levels to aid the farmer would be a key solution to this process.

The economics of demand and supply must be calibrated for the benefit of all, but specially for the producer. The role of the private player needs to be streamlined. By habit it is the middle-man who gains while the producer and consumer suffer in equal measure – the farmer gets low prices and the consumer pays high rates.

This is precisely where the authorities need to step in for the well-being of the farmers, the farmers’ associations and the respective state authorities. To ensure that farmers do not fall into debt traps, thanks to the grip exercised by informal credit markets, there needs to be more purpose through action towards improving input and output chains and make agriculture a healthy industry.

The aim is to make the business of agriculture transparent and sustainable. Once that is done the engines that drive India’s economy will be better serviced and post more mileage through the capability of the farmers.