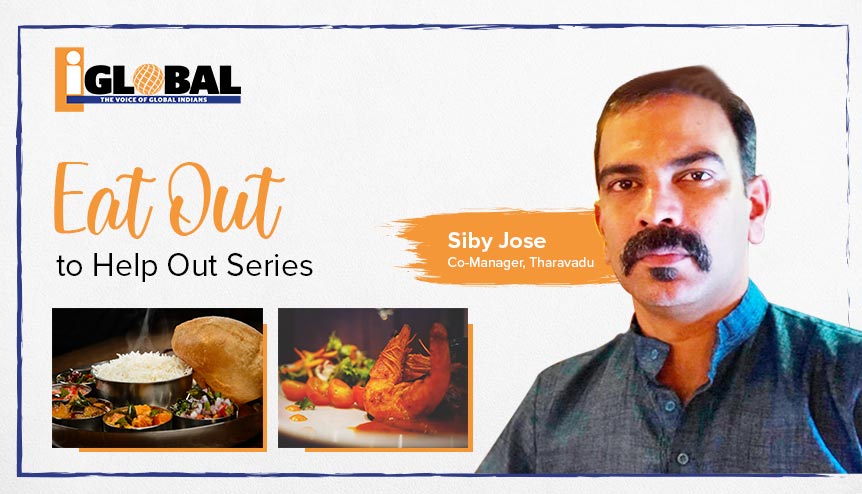 Founded in 2014, Tharavadu is a dream come true for Siby Jose and chefs Ajith Nair and Rajesh Nair along with close friends Manoharan Gopal and Prakash Mendonca.

The chefs, who were born and grew up in Kerala, have years of experience in recreating the region’s traditional cuisine and decided to bring those authentic flavours and cooking style to the city of Leeds in the northern England county of Yorkshire.

“The co-founders and I have known each other for a very long time. We came to the UK around 15 years ago and after working various jobs, we decided to set up our business in the hospitality industry. We discovered that Leeds did not have an authentic South India Kerala restaurant and so we jumped at the opportunity and opened up in May 2014,” reflects Siby Jose, Co-Manager of Tharavadu.

Tharavad in Malayalam – the language of Kerala – translates as ancestral home, with Tharavadu referring to an ancient joint family set-up or family tree united by traditional values. The Tharavadu restaurant, which embodies that principle, is marking its sixth anniversary since inception this year and prides itself as a favourite Indian dining hub in the region. It was counted among the top 10 restaurants in Leeds on TripAdvisor within the very first week of its opening and went on to be included in the coveted ‘Michelin Restaurant Guide’ last year.

Its cuisine, built around rice, fish, poultry, and vegetarian dishes, revolves around the spicy delicacies and aromas from India’s south-western coastline and counts celebrities such as Indian cricket captain Virat Kohli and his Bollywood star wife Anushka Sharma, wicketkeeper-batsman Sanju Samson and ‘Walking Dead’ star Andrew Lincoln among its many impressed diners.

The restaurant has been in uncharted waters ever since it was forced to close its doors days before the UK government’s official coronavirus lockdown in March.

Siby recalls: “We began doing deliveries and takeaways, which is something we’ve never done before. We also ran several discounts and offer options during the lockdown. One of which was our yearly £200 voucher giveaway for one lucky person.

“In celebration of our sixth anniversary, we’re giving away gift vouchers to our customers, which are valid until September 15.”

To ensure that all health and safety guidelines were in place to reopen its doors, the restaurant sought the advice of its very own in-house food hygiene expert.

“We conducted a risk assessment, ensuring all measurements are in place. Halving our maximum capacity to 60, whereas previously it was 160 people. Tables are placed within one metre of each other and only a maximum number of six people can dine together, with of course hand sanitisers available to use,” said Siby.

Tharavadu reopened on July 4 and initially it didn’t have a lot of bookings due to some lingering fear and confusion within the public. However, after a few weeks, people started to walk in without making a booking.

Siby admits a strong impact on the food industry due to the lockdown and hopes that the situation will begin to improve once things go back to some form of normality, depending on government rules.

Welcoming the government’s support schemes for the hospitality sector as a “tremendous help”, he adds: “We had not planned for anything; money was coming in and we were spending on advertisement, marketing, and other aspects of the business. The business was running great and we thought 2020 was going to be a great year, and then suddenly the world was hit with Covid-19.

“The best thing was the furlough scheme, as we were in a position to pay our staff for one or two months, but it would have become difficult for us to carry on. So, the scheme was really helped.”

*More from ‘iGlobal’ Eat Out to Help Out Series