A seat in the UNSC will provide New Delhi with a unique opportunity to raise its voice and be heard at the highest political forum.

Related stories: Why India is ready for a permanent role at the UN Security Council

India’s relation with the UNSC

India has had a bitter-sweet relationship with the UNSC. Though India was a founding member of the United Nations, Pandit Nehru’s decision to take the matter of Kashmir to the UN in 1948 was a diplomatic mea culpa and internationalised the bilateral conflict with Pakistan. Similarly, many in India’s diplomatic circles question New Delhi’s support for Beijing’s quest for permanent membership of the UNSC in the 1960s and 1970s.

In the 1980s and 1990s, India’s nuclear weapons programme was in constant crosshairs of the UNSC. However, in the last two decades, India’s relationship with the UNSC has changed dramatically, primarily due to India’s rise as an economic and military powerhouse. Continually improving relations with the United States has also helped India’s cause. Today, except China, all other four veto-wielding members support India’s ambition to be a permanent member of the UNSC.

A seat at the Horseshoe table gives New Delhi a unique opportunity to raise its voice on terrorism.

A unique opportunity for India

A seat at the horse-shoe table would not have come at a more challenging time. Pakistan continues to sponsor terrorism in Kashmir. Military threat from China has made India’s security situation more precarious. Beijing has extended its salami-slicing tactics of territorial expansion to India’s Himalayan frontier. The growing Cold War between the US and China has put India in a tight spot; the sustenance of the global liberal order is at stake. Worst of all, India’s economy is tanking under the impact of the Covid-19 pandemic.

However, it also provides New Delhi with a unique opportunity to raise its voice and be heard at the highest political forum. At the UN, India is most likely to focus on four issues.

Fostering international cooperation on terrorism will remain the central focus of India’s diplomatic efforts. India is the most vocal supporter of an International Convention on Terrorism (ICT), but the progress has been slow.

India will also focus on UNSC reforms. New Delhi feels that the post-World War II arrangement is both outdated and inefficient. Given India’s economic and military potential as well as its credentials as the world’s largest democracy, New Delhi aims to capture a permanent slot at the UNSC.

Countering Chinese and Pakistani propaganda on Kashmir would be a top priority. After India revoked the autonomy of Jammu and Kashmir in August 2019, fully integrating the restive province into the Indian state, Pakistan and China raked up the issue in the UNSC. The US and France, however, ensured that the UNSC did not issue any anti-India statements. India would use its presence in the UNSC to consolidate its position on Kashmir.

Lastly, New Delhi must attend to the growing inefficacy and disillusionment with multilateralism. Both the US and China are to blame. If Washington under Trump has turned protectionist, Beijing is assaulting many of the norms and rules which underlie the global liberal order. From serious human rights violations in Xinjiang to openly challenging the freedom of navigation in the South China Sea, China intends to establish a world order favouring its rise. India needs to counter China’s growing diplomatic clout while ensuring that Western democracies remain committed to the rules-based international order. 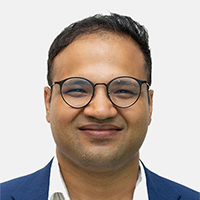 Yogesh Joshi is a Research Fellow at the Institute of South Asian Studies, National University of Singapore.

About the Author: Yogesh Joshi