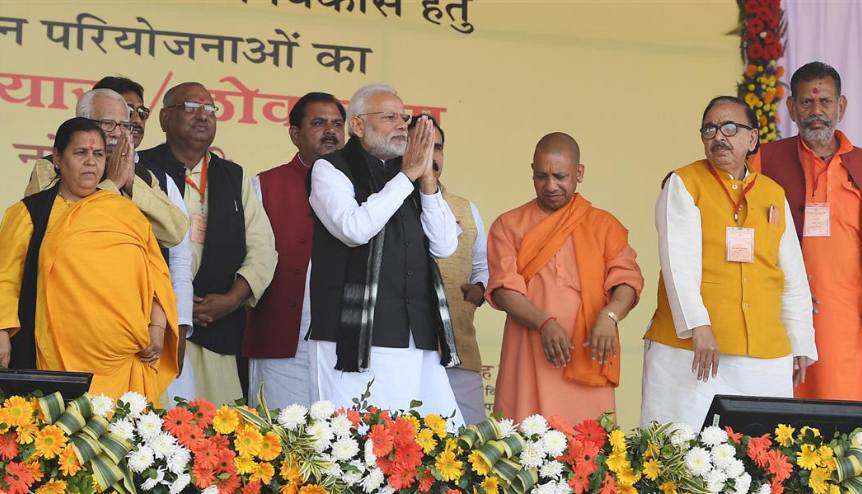 Yesterday, India’s Opposition Congress Party President Rahul Gandhi tweeted what looked like a page from the online ‘Oxford English Dictionary’ and claimed a new word, Modilie – meaning “to constantly modify the truth”, had been added to the English language. It was obviously an attack on Indian Prime Minister Narendra Modi, who Gandhi has accused of lying on several issues.

But in a serious embarrassment to the Congress chief, the ‘Oxford English Dictionary’ clarified that the word does not exist in any of its dictionaries.

But that has been par for the course this poll season. As India’s marathon General Election winds its way to a final denouement, one thing I can say with certainty is that this has been the most abusive, abrasive and ill-tempered election in the country’s history. Politicians across the spectrum stirred every fault line in Indian society – poverty, unemployment, Pakistan, Kashmir, caste, minority appeasement, Hindu pride, corruption, regionalism, farm distress and economy, among many others.

Like the “Modilie” missile that has misfired so spectacularly, the Opposition has tried to corner Modi on each of these fault lines, never mind that none of them surfaced for the first time during his tenure in office. In fact, all these are legacy problems inherited by Modi from previous governments. If anything, he and his administration has done more to address them than any of the predecessors. This is particularly ironic in the light of the abuse heaped on him by the Opposition.

Analysing each of these issues will require thousands of pages, so I will focus on a few broad heads. On the economy, which includes poverty, farm distress and corruption, the Modi government’s record has been impressive.

Remember the time not so long ago when India was counted among the Fragile Five economies that were expected to collapse any time? Recall the policy paralysis that had brought the wheels of governance to a grinding halt in India – as a result of the multiple multi-billion-dollar corruption scandals that members of the Congress-led coalition indulged in?

Just look at his report card, which the Indian Prime Minister has read out in every one of the staggering 200 odd rallies he has addressed. It’s another matter that the media focuses on the parts that refer to Pakistan and the airstrikes on a terrorist training facility deep in that country.

The Modi government’s handling of the economy over the last five years has made it the fastest growing economy in the world. Corruption in the allotment of natural resources has been completely eliminated thanks to new rules that mandate open auctions of these scarce resources.

Result: honest business houses, including those from the US, the UK, Europe, Japan, South Korea and elsewhere, can now compete on an equal footing with politically powerful business groups that hitherto had a stranglehold on these.

So-called “crony capitalists” are running for cover. The Insolvency and Bankruptcy Code (IBC) has unseated many big names of Indian industry from their perches atop once-iconic companies and replaced them with more responsible managements. It has changed the credit culture in India. No longer can well connected businessmen game the system and become rich at the cost of banks and public money.

This, too, has evened out the playing field for Indian and foreign companies and has contributed its mite to India’s ranking in the World Bank’s Ease of Doing Business Index, zooming an unprecedented 65 places from 142 when Modi came to power in 2014 to 77 at the end of his term now.

I could go on and write out a long list of the Modi government’s achievements in lifting millions of people out of poverty, of providing, for the first time in India, a universal health insurance scheme, of providing electricity to every last household in India and of building 15 million new houses for those below the poverty line.

But that would be to miss the woods for the trees. My point is that Modi’s vision for India and his execution skills are what India needs at this stage of its development. All the achievements of his government are still works in progress. His efforts have been recognised by virtually every single global institute of any standing, including the World Bank, the IMF, and the UN.

Modi’s report card is there for all to see. India needs continuity, businesses need consistency, and the World needs stability. We will know what the Indian people think on May 23.