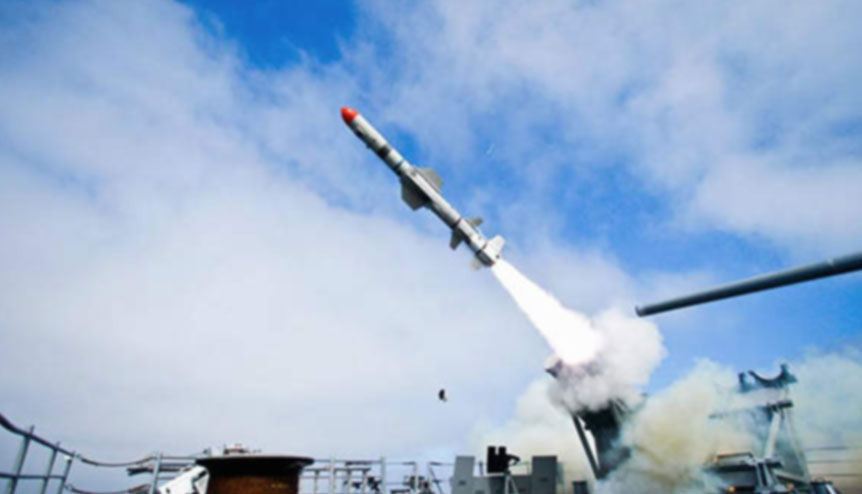 The recent US decision to sell defence equipment to India signals that the Indo-US relationship is alive and buzzing.

US President Donald Trump’s phone call to Indian Prime Minister Narendra Modi in the first week of April hit the headlines because it marked the first time in history that Washington was requesting New Delhi for a drug (Hydroxychloroquine or HCQ) that was in short supply in America.

That call and the increased Indo-US cooperation on healthcare, vaccine research and knowledge sharing on epidemic control may be hogging the headlines but away from the arc lights, the strategic and defence partnership at the core of the Indo-US relationship continues to go from strength to strength.

Last month, Indian Foreign Minister S. Jaishankar and US Secretary of State Mike Pompeo had more than one discussion over the phone on the joint fight against the coronavirus pandemic. But significantly, they also discussed the situation in Afghanistan, a country in which both India and US have deep strategic stakes, and the Indo-Pacific.

As every diplomat and foreign policy analyst knows, Indo-Pacific is a shorthand for a veiled reference to the rise of China and the potential threat it poses to the region.

This was reiterated at a meeting between the two in the US on 1 April. A US State Department readout two days later said they “discussed a range of issues, including the growing US-India strategic relationship, developments in Kashmir, and global issues of concern.

They also discussed plans to advance our complementary vision of a free and open Indo-Pacific region following the successful Quadrilateral Consultations on the margins of the UN General Assembly last week”.

This shows the two countries are not letting their respective governments’ preoccupation with combating the COVID-19 crisis dilute deep strategic convergence on a range of issue including the Indo-Pacific.

Relationship stronger than ever

This was followed a few days later with an announcement that the Trump administration has notified the US Congress of its intent to sell India air-launched anti-ship Harpoon missiles and air-launched light torpedoes.

This announcement, which got lost in the high decibel coverage of the fight against COVID-19 in both countries, reiterated that away from the public gaze, the strategic engagement between the two countries has not flagged even a little in the middle of the global pandemic.

India’s relationship with the US has been described by many diplomats and analysts as “the defining partnership of the 21st century”. The robust military and geo-political engagement are an indication that irritants like trade disputes over tariffs and other entry barriers are unlikely to distract the leadership of the two democracies from the bigger picture. 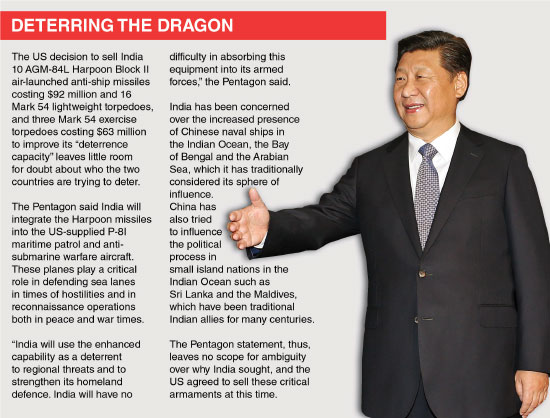 India has actively set its sights on creating an impression in platforms like the Asia-Pacific in order to shape a balance of power by countering China’s antagonistic approach.

The call, therefore, is for New Delhi to invest in new relationships, and strengthen old ones, to achieve its goals and arrive at the desired results. At the same time, India is endorsing its own strengths and credibility, influence among
the league of nations under the leadership of Narendra Modi.

This has resulted in re-investing of relationships within SAARC; ASEAN and the Quad. Lasting ties with nations like Israel, the UAE, Singapore, Canada and Australia (a country which falls within the Quad) sees the emergence of a new India armed with a fresh, result-oriented agenda.

The main focus is, however, trained on the East and in the Indo-Pacific platform where India will seek to boost its military presence, deepen partnerships in security to prevent China from dominating, be seen as a regional heavyweight and develop better connectivity.